Assassins Were Paid Less Than $30,000 to Kill Mexican Mayor

GISELA RAQUEL MOTA OCAMPO, the first woman elected mayor of Temixco, a city in the central Mexican state of Morelos, was expected to take on organized crime directly. She never got the chance. The 33-year-old assumed office on New Year’s Day. Less than 24 hours later she was dead, murdered in her own home by an alleged crew of paid assassins.

According to reports, sometime shortly after 7 a.m. on Saturday morning, intruders entered Mota’s home, tied her up, beat her, and shot her in the head. Authorities responding to a call reporting a possible homicide soon found themselves in a car chase with the suspected killers. A gunfight ensued that left two of the suspects dead, authorities said, while three others — including a minor, a 32-year-old woman, and an 18-year-old man — were captured alive. 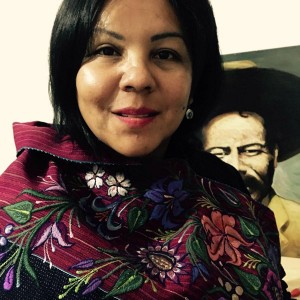 In a statement, the state prosecutor’s office reported that loads of ammunition, a 9 mm pistol, an Uzi submachine gun, bulletproof vests, and balaclavas were recovered from the suspects’ vehicle. One of the detained suspects, a government source told the Mexican newspaper Reforma, said the team of assassins was paid roughly $29,000 to murder the mayor — though it was unclear whether that payment was paid to each of the perpetrators or to the group — and that her name was one of at least a half-dozen others on the team’s kill list.

In recent years, areas around Temixco, some 60 miles south of Mexico City, have struggled mightily with violence stemming from weak local institutions and deep-seated political corruption and intimidation linked to a nexus of criminal groups seeking control of the region’s lucrative, U.S.-bound drug-trafficking routes.

According to Graco Ramírez, the governor of Morelos, the suspects in custody for Mota’s killing have said the criminal group known as Los Rojos was responsible for the murder. Los Rojos has been locked in a vicious, multi-year battle with its rival, Guerreros Unidos, which in 2014 was accused of participating in the mass disappearance and alleged slaughter of 43 students from a rural teaching in Guerrero, a deeply impoverished state neighboring Morelos. (The unsolved case of the missing students was cited in scathing op-ed published by the New York Times Monday, which took the administration of President Enrique Peña Nieto to task for “systematically” avoiding accountability in a series of scandals.)

In a radio interview, Ramírez indicated Mota’s assassination might have been linked to a national government effort to replace municipal authorities with a single, unified state command. According to the governor, Mota had supported the plan for a unified command. While Mota had not received specific threats in the run-up to her murder, Ramírez said, other newly elected mayors were under pressure from Los Rojos and Guerreros Unidos not to cede control of local law enforcement to higher authorities. Such groups traditionally rely on the coopting of municipal police to maintain power, execute kidnappings, and aid in drug-trafficking logistics.﻿﻿