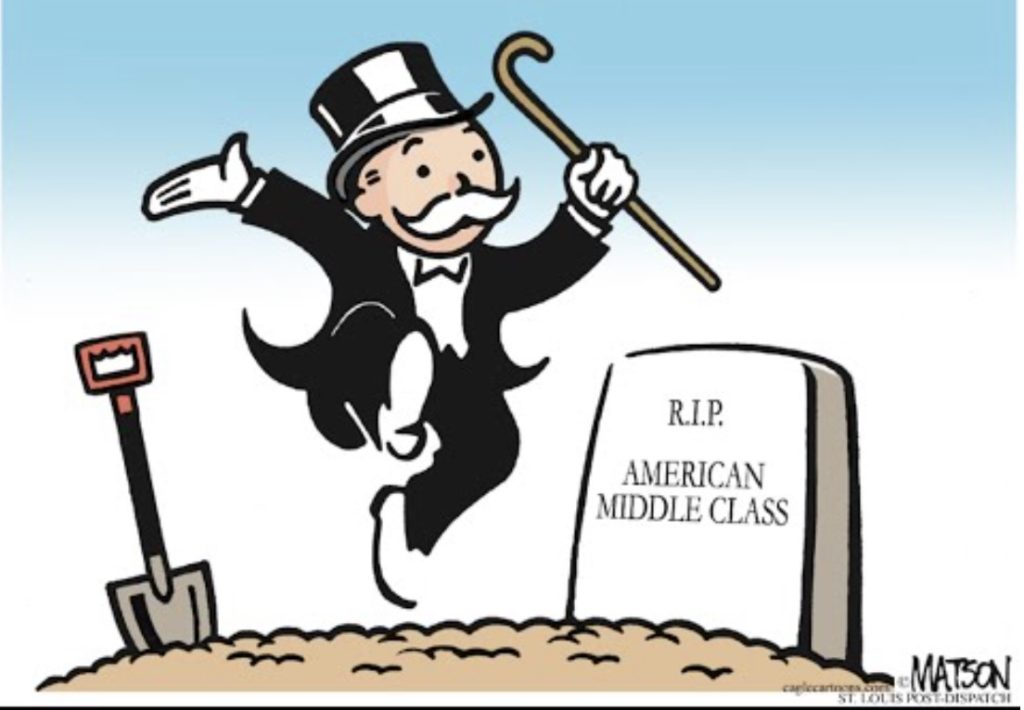 Before I begin, I want to mention that my only experience with Idaho (unfortunately), was driving through the southeastern part of the state during my six-week cross country road trip in 2010. It was some of the most majestic and peaceful scenery I had ever seen, and I’d love to return and explore more of the state in the future. I’ve also heard Boise is a pretty cool city. It’s unfortunate that a state with so much potential passed the anti-freedom legislation described below, but I have faith the people will figure it out and reverse course.

Much of my recent writing has been focused on the need for political decentralization, meaning that states and local communities need to start experimenting more and making decisions for themselves on a wider range of important policy questions. This naturally will lead to some really good outcomes, but also some genuine disasters. Idaho’s noncompete law falls into the latter category.

Many of you may not be familiar with what I’m talking about, so I’ll start with some excerpts from a very good New York Times article on the subject, and then get into some detailed commentary at the end.

Here’s a brief overview of the situation from the piece, Noncompete Pacts, Under Siege, Find Haven in Idaho:

BOISE, Idaho — Idaho achieved a notable distinction last year: It became one of the hardest places in America for someone to quit a job for a better one.

The state did this by making it easier for companies to enforce noncompete agreements, which prevent employees from leaving their company for a competitor.

“We’re trying to build the tech ecosystem in Boise,” said George Mulhern, chief executive of Cradlepoint, a company here that makes routers and other networking equipment. “And anything that would make somebody not want to move here or start a company here is going to slow down our progress.”

Alex LaBeau, president of the Idaho Association of Commerce and Industry, a trade group that represents many of the state’s biggest employers, countered: “This is about companies protecting their assets in a competitive marketplace.”

By “assets” he means human beings. Just want to make that clear.

For the most part, states have been moving toward making it easier for people to switch teams, but Idaho went the other direction with legislation that was friendlier to employers. The resulting law was particularly strict because it put the onus on employees to prove that they would not harm their former employers by taking the new jobs.

Proponents note that the statute applies only to “key employees” who tend to have more responsibility and better pay. But employment lawyers say Idaho companies tie down all levels of workers, not just top executives, with tough employment contracts. And indeed, the new law has roots in a yearslong fight waged by a woman who never finished high school but built a career selling tech-training services, only to be sued when she left for a better-paying job.

The most extreme end of the spectrum is California, which prohibits noncompete agreements entirely. Economists say this was a crucial factor behind Silicon Valley’s rise, because it made it easier for people to start and staff new businesses. But as states like Utah and Massachusetts have tried to move closer to this approach, legislators have run into mature companies trying to hold onto their best employees.

A recent survey showed that one in five American workers is bound by a noncompete clause. They cover workers up and down the economic spectrum, from executives to hairdressers. Despite their widespread use, these agreements often catch departing workers off guard because they are rarely highlighted during interviews and are usually tucked inside employment contracts that are full of impenetrable legalese few people can understand.

They hate us for our freedom.

Now here’s an example of what can happen when noncompetes aren’t enforced. Workers tend to win.

Two years ago, TSheets hired a pair of engineers from a smaller software company called Zenware. Jody Sedrick, Zenware’s chief executive, was hurt and disappointed. He contacted a lawyer to see if it was possible to prevent his employees from leaving for a rival, but instead of spending money on legal costs, he decided to try something else: He gave each of his remaining employees a raise.

“I said, ‘You know what, we’re going to double down internally,’” he said in a recent interview.

The result for the Idaho economy was that TSheets hired two people — but in doing so got 12 other people a raise. Had Mr. Sedrick decided to sue his two departing employees, something Idaho’s new law made easier, those raises might never have happened.

Now here’s an example of what can go wrong.

Three years ago Ms. Nolan quit and started working at ExecuTrain — LeapFox’s main competitor — where she negotiated a $65,000 salary. LeapFox sued her for violating her exit agreement, setting off a three-year legal battle that was settled out of court but inspired Ms. Nolan to get a tattoo that sits just under her collarbone and reads: “Trust No One.”

After Ms. Nolan’s defection, Codi Galloway, who owns LeapFox with her husband, Scott, became an outspoken advocate for amending state law to make it less expensive for businesses to block an employee from going to work for a rival. The result was a bill that shifted the burden from companies to employees, who must now prove they have “no ability to adversely affect the employer’s legitimate business interests.”

The bar for that is so high that Brian Kane, an assistant chief deputy in the Idaho attorney general’s office, wrote that this would be “difficult if not impossible” for an employee to do.

Ilana Rubel, one of the few Democrats in Idaho’s House of Representatives, became the bill’s fiercest critic. Ms. Rubel, a Harvard-trained lawyer who does intellectual property litigation for the Silicon Valley-based law firm Fenwick & West, described the proposal as “toxic to a good business ecosystem.”

“This bill was a giant thumb on the scale in favor of old established business at the expense of start-ups,” Ms. Rubel said.

The reason I find the above legislation so important is because it’s a perfect microcosm for one of the most pernicious trends in U.S. society, which must be eradicated as soon as possible. Namely, the concept that corporations deserve more rights than actual human beings. It doesn’t take much thought to recognize just how egregiously this sort of legislation stacks the deck against actual human beings in favor of entrenched companies and their profits. A person has to prove they have “no ability to adversely affect the employer’s legitimate business interests,” but does a company have to prove that when they fire a person? Does it have to prove that it doesn’t affect the fired human being’s life prospects?

Of course not, because pretty much any time someone is fired there is a clear detrimental impact to that person’s life. Which is fine, but why should an employee who’s offered more money somewhere else have to prove the new job won’t affect the company he or she left? This is a twisted modern form of indentured servitude, and stacks the playing field in favor of not just companies generally, but entrenched companies, who apparently consider their employees property. This is sick.

To give just another example of this mentality at play, take a read of this paragraph from David Dayen’s recent piece published at The Nation, Trump’s Renegotiation of NAFTA Is Starting to Look a Lot Like the TPP:

Governments always claim that they’ll enforce labor and environmental standards: In 1993, Ron Wyden called a vote for NAFTA “a vote for less pollution.” But in this case workers or green groups would have to rely on a notoriously anti-labor, anti-environment regime in Washington to police violations by foreign exporters. They could not sue over NAFTA breaches directly.

Investors, however, would still have that ability under the controversial investor-state dispute settlement (ISDS) system, a secret extra-judicial court that gives corporations monetary awards for lost profits due to changes in law that run counter to trade agreements. While the document states that ISDS would have to be more transparent (hearings and judgments would be public) and “consistent with U.S. legal principles and practice,” it still exists, meaning corporations could still functionally overturn sovereign laws outside of the court system, and win billions of damages when governments try to write rules in the public interest.

We need to all come together and recognize there’s an ongoing assault on the human being by powerful oligarchs and their politician puppets. Until we accept this and fight back, it will only get worse.

A special thanks to the 57 people who have become patrons of Liberty Blitzkrieg over the past couple of weeks. Turning this website into a reader-supported project is a major priority for me, and I appreciate your willingness to help me demonstrate the potential power of such a model. If 1,000 people simply gave $1 a month, I would reach my goal immediately.

If you liked this article and enjoy my work, consider becoming a monthly Patron, or visit our Support Page to show your appreciation for independent content creators.