A recent Washington Times article, boasts that Texas law enforcement used predictive DNA imaging or 'Phenotyping' to guess what a suspect’s physical characteristics might be.

This is not a joke, this is actually happening in police departments across the country.

Parabon Nanolabs, claims their new analysis service can accurately predict what a suspect or victim looks like based on a sample of their DNA.

"Snapshot is a revolutionary new forensic DNA analysis service that accurately predicts the physical appearance and ancestry of an unknown person from DNA. "

A 2015, NY Times article warns that Parabon has not published any information in peer-reviewed journals that could validate their claims.

In other words, law enforcement should be questioning their claims about providing DNA mugshots (Snapshots) of alleged suspects or victims.

But as you will see, that is not the case. 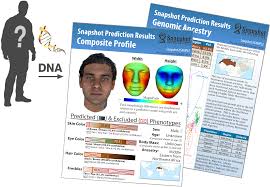 Robert Perry, the legislative director of the New York Civil Liberties Union warns that phenotyping Snapshots "will place actual people, innocent of wrongdoing, under criminal suspicion without any basis in fact or science.”

Who is paying Parabon, to create mugshots, sorry I meant Snapshots?

The answer may surprise you, Parabon's phenotyping mugshots are paid for by Department of Defense.

Parabon's Snapshot was created for the intelligence communities...

"Snapshot was built by Parabon NanoLabs for the defense, security, justice, and intelligence communities with funding from the United States Defense Threat Reduction Agency (DTRA)." (Click here to find out about the DTRA.)

That alone should raise eyebrows in the scientific community.

Are Phentoyping profiles or Snapshots accurate?

The results speak for themselves, not one of the fifty employees correctly identified him.

As Dr. Yaniv Erlich, a computer science professor at Columbia University said "Phenotyping with faces? Forget about it."

DNA phenotyping from crime scenes is fraught with many issues, like low quantities of viable DNA, which usually means they can only be tested once. How DNA samples are stored and kept are also an issue.

Other issues include things like degradation due to light, heat or moisture, cross contamination etc. Not only that but crime scenes could be hours or days old and are from from pristine laboratory conditions that produce accurate DNA results. (Click here to read about the legal issues of phenotyping.)

According to a 2017, NY Times article, law enforcement is exploiting a loophole that allows them to to use Snaphot.

Deputy Chief Emanuel J. Katranakis, the commander of the Forensic Investigation Division claims law enforcement doesn't need state approval to use Snapshot because they are not using it to 'identify specific individuals'.

Finding loopholes to use another government funded profiling system is just one more reason to overhaul our broken justice system. 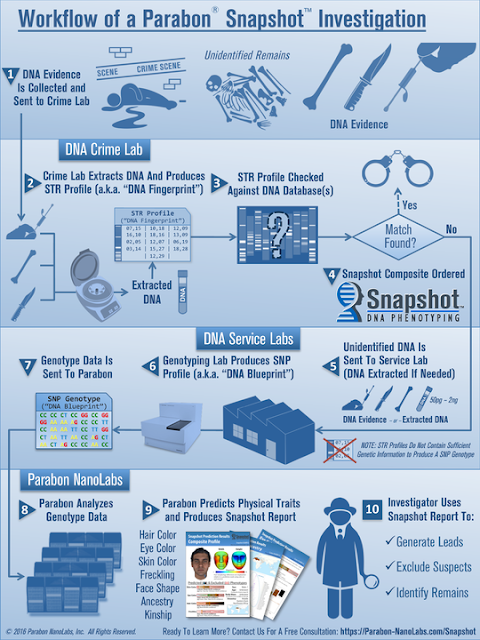