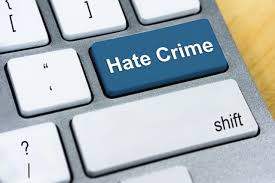 I've written numerous articles about how police use 'junk science' to arrest people. 'The war on terror', and the 'war on drugs' use junk science to justify illegal spying. Unfortunately, 'hate crimes' are no different. Alleged 'hate crimes' are being used as an excuse to let police spy on us in frightening new ways.


DHS/Police are spying on social media in real-time

Section 7 of the BPD proposal reveals, police are spying on social media in real-time.


Did you catch that? Not only are police spying on social media in real-time, but DHS is behind it.

Police have been spying on social media since at least 2012. Click here to read my article warning everyone about DHS social media spying.


Citizens are being red-flagged based on their sentiments

Page 22 of the BPD proposal reveals, how corporations are red flagging citizens based on their sentiments...


"This includes the ability for users of the solution be alerted in near-real-time to significant or threatening social media and/or online open source content based on user input, to include but not be limited to keywords, Boolean search strings, pre-defined thresholds, trends and sentiment. The solution should apply machine learning and natural language processing capabilities to augment use of terms, slang, lexicon and verbiage of relevance to the user. Alerts must be produced autonomously 24/7/365 without direct user monitoring of the system."

What they're really saying is, private corporations will red flag a person's social media comments and determine their sentiments, 24/7/365 days a year!

Earlier this year, I warned everyone that police would begin arresting people based on their sentiments.
According to professor Juan Manuel Corchado, law enforcement could use the tool to detect , threats and areas with concentrations of potentially dangerous people. “It’s based both on the semantic analysis of messages and historical data and their evolution.”


Police make "value judgments" about what a hate crime is

“This is a new world for law enforcement. We have people that monitor social media particularly in and around the things that we think may be related to hate crimes, and then we make value judgments based on the law” Los Angeles Police Chief Charlie Beck said.

Police from coast to coast are spying on everyone's social media posts. Unfortunately is doesn't stop there, DHS, the DEA and the FBI are also spying on social media.

Last year, I warned everyone that anyone who questions our civil rights or believes in family values is a suspect and will be targeted by Big Brother.


Police are secretly spying on social media
Section three reveals, that police are secretly spying on social media...
"The system(s)/service(s) must provide capabilities to support authorized users of the software to: create virtual identities to mask one's identity and leverage tools such as proxy servers, while operating under authorized covert, investigative procedures..."
Social media spying, is such a closely guarded secret, the BPD warns vendors not to submit any confidential information...

"Do not submit any confidential information as part of your proposal."
Police spy on the news media, blogs, LinkedIn, Pinterest and more

For the sake of brevity, I've mentioned a few of the disturbing ways the Feds are spying on us. I urge you to read pages 24-32 of the BPD proposal.

"Solution shall allow query parameters to include the following: keywords, Boolean logic search strings, usernames, geo-fenced areas, emoticons. Solution shall have the ability to query content based on industry standard emoticons."


Police are spying on Tor/VPN users


"Solution shall be able to access dark websites securely using TOR while hiding the user's IP address and identifiable information using methods such as automated proxy detention and scoring, anonymizers, and virtual identities."

The BPD proposal goes on to mention spying on user comments, the dark web etc., please read pages 24-32 and spread the word, spying on everyone is unconstitutional and must stop.

DHS/Police are using private corporations to spy on us without a warrant. What's it going to take for people to demand change?

To Big Brother, I give you an emoticon that shouldn't need a computer to tell you how I feel. 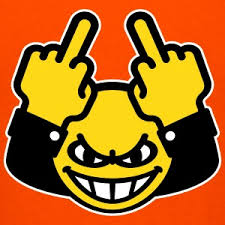