US Air Raids: The Unlearned Lesson of Libya 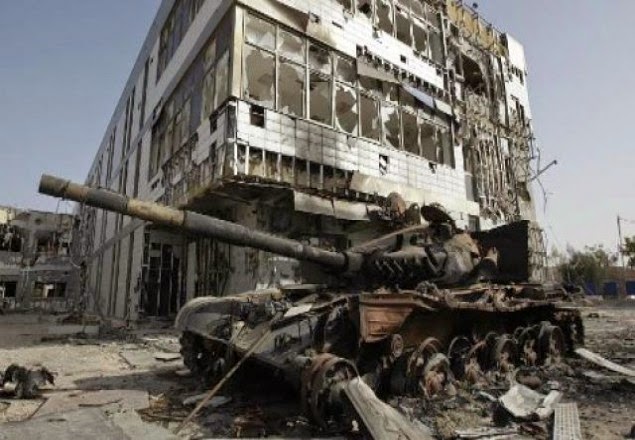 The speaker of the Libyan House of Representatives Akila Saleh Issa at the UN General Assembly demanded the international community to provide assistance in enhancing security in this troubled country. He stated that the rebuilding of a combat capable army in Libya is a matter of utmost importance, otherwise people will be left to face terrorists on their own.


The alarming statements made by Libyan authorities coincided with the ongoing missiles strikes of the US against ISIL militants.
This latest US military endeavor is now in the media's focus, while Middle Eastern experts try to figure out the purpose of those strikes, just like Washington’s future steps and time limits that remain largely unclear to this day. Those experts believe that a total of three armed interventions of the United States (Afghanistan, Iraq, Libya) over the past 13 years have effectively undermined the governing capabilities of the invaded states, which led to the destabilization of the entire region.
In 2011 NATO air strikes against Libya that were carried out under the pretext of the urgent need of protecting civilians from a “violent dictator“, cleared the road to power for radical militants. Three years ago, once Muammar Gaddafi had been brutally murdered in October 2011, these militants took over Libya by filling the vacuum created by foreign intervention. From that moment on the country had been plunged deeper into bloodshed created by the former revolutionaries as they cut each other’s throats in a fight for rich oil-producing regions.
Now there’s two military-political groups in Libya and each has its own government and parliament. The first resides in Tripoli and it is supporting the temporary parliament which has already lost its legitimacy. The second is backing the newly elected parliament in the besieged city of Tobruk, some 1,200 kilometers from Tripoli. According to the UN, new clashes between the two groups in recent months have generated a total of 150,000 refugees, including foreign workers that fled abroad.
The differences between the two camps runs so deep that the chances of them reaching an agreement are minimal. 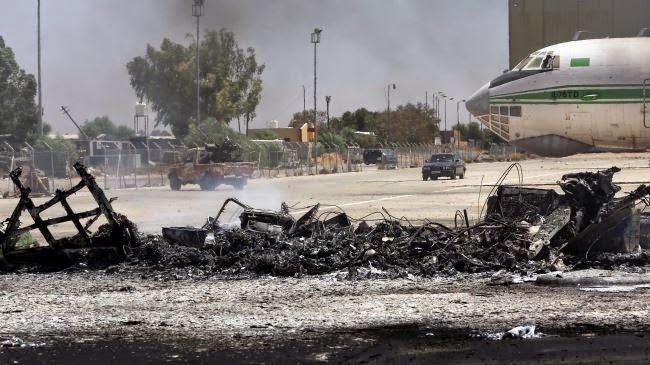 Additionally, the new governments are unable to stop the tribal clashes that are tearing the country apart, since the structure of the new government bodies is feeble and unsound. In these circumstances the ideas of radical Islam become the governing ideology. What else could one expect? After all, these numerous forces and factions were brought together to attack the old regime. United by hatred alone, they are highly incapable of negotiating with each other.
Syria and Iraq will face the same fate that has been plaguing Libya, if Washington and its allies that strike the ISIL positions today “haven’t learnt the lessons of Libya,” said Prof. Mieczyslaw Boduszynski’s, former US diplomat to Libya.
Clearly, any intervention from outside exacerbates internal conflicts and contradictions in any state. After that there’s no bringing order to the bloodshed and lawlessness, no establishing of an effective civilian body of command, hence a destroyed state that is simply left to plunderers.
Today we are being told that the US coalition will rely on the so-called “moderate opposition” in Syria. But how can you create a solid unit out of tens of groups of militants that are eager to fight each other on any given day? Above all, these groups are largely sympathetic with radical Islamists, so they have already openly declare that they will not be engaging ISIL, if Washington refuses to attack the regular Syrian army troops. Their only desire is to take full advantage of the US air campaign.

Should they succeed, then Syria is doomed for unconditional blood feuds between different groups, a haven for Islamic militants, a sad failure, which Libya has recently become. ﻿