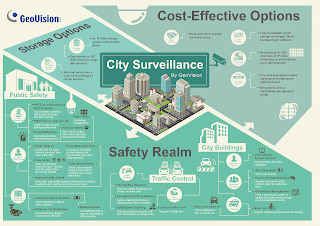 A recent article in the Erie-Times, revealed that 'Secure Smart City' (SSC) projects are really police cam-share programs in disguise.

The article boasts that the city of Erie will soon get fast, public Wi-Fi as well as a video surveillance system that can alert law enforcement of potential threats.

It starts to get interesting when Mayor Joe Schember admits that the SSC surveillance system "could relay real-time information to city officials".

Spying on citizens in real-time is only the beginning of this privacy nightmare.

The Erie Downtown Partnership will give businesses $25,000 in grant money to purchase surveillance systems  However, "any business that receives such a grant must agree to voluntarily turn footage over to law enforcement if it can help solve a crime.".

Does any of this sound familiar?

Police cam-share programs start by law enforcement 'asking' businesses and homeowners to install surveillance cameras and turning over any footage to them. They market these programs as a way to improve the community by making cities and towns desirable to companies and visitors looking for safe streets. But often obscure the fact that their primary goal is surveilling citizens.

Who is behind police cam-share programs?

What is DHS's connection to police cam-share programs?

Two years ago, Mercyhurst University said they would take the lead in establishing a Downtown Erie Innovation District based on safety and security; thanks to a $4 million grant by the Erie Community Foundation.


Tom Ridge is also involved in 'Public Safety' apps that allows police to spy on college students and he also set up his own non-profit in Erie, PA., called the Tom Ridge Environmental Foundation.

Below are a couple more examples of DHS's connections to SSC's and police cam-share programs.


Steve Ambrosini, Executive Director of the IJIS Institute, said, “The Detroit Police Department and Motorola Solutions are to be commended for their creative use of technology in the Project Green Light Detroit. Connecting business cameras to the PD...” (To find out more about Project Green Light click here & here.)


IJIS's awards page reads like a who's who in law enforcement and surveillance.

Motorola Solutions even has a State Homeland Security Program that allows police departments to access CCTV surveillance camera systems and much more.

And in Boston, BPD Captain Tim Connolly admitted they want the Boston Regional Intelligence Center to run their cam-share program. Is it a coincidence that shortly thereafter he was re-assigned to BPD's Homeland Security Unit?

With so many connections to Homeland Security one has to ask, are 'SSC's and police cam-share programs an unofficial national surveillance program?

To find out more about 'Smart Cities' read my article exposing how a CIA "Signature School" designs 'smart cities.