One day, robots will take over and it’s going to be “bad” to “very bad”. 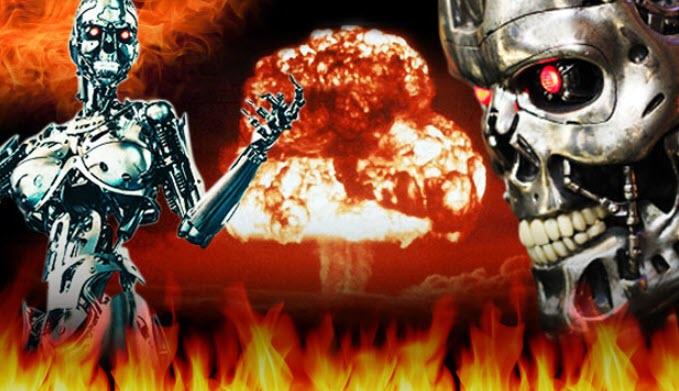 Statista's Katharina Buchholz reports that according to a survey conducted by Oxford University’s Center for the Governance of AI, many Americans fear a future where mechanisms of AI become too intelligent. When asked what kind of impact high-level machine intelligence would have on humanity, 34 percent of respondents thought it would be negative, with 12 percent going for the option “very bad, possibly human extinction”. Only 27 percent of respondents believed in a positive outcome, 21 percent thought AI wouldn’t change the future much and 18 percent said they didn’t know what impact AI would have.

When asked to consider a negative future outcome of AI technology, Americans ranked the AI apocalypse as more catastrophic than the possible failure to address climate change, even though respondents said that it was less likely to happen.

You will find more infographics at Statista

The respondents of the study said that they would trust university researchers most to build and responsibly manage AI technology. 50 percent said they had at least a fair amount of confidence in their ability in the field. The U.S. military at 49 percent came in a close second. Also, more Americans trust Microsoft with advanced AI technology (44 percent) than Amazon (41 percent), Google (39 percent), Apple (36 percent) or Facebook (18 percent).

The survey also found that respondents underestimated the prevalence of AI technology.While Americans rightly assumed that driverless cars and virtual assistants use AI and machine learning mechanisms, fewer thought of Netflix recommendations, Google Translate or Google Search as products that use those technologies.