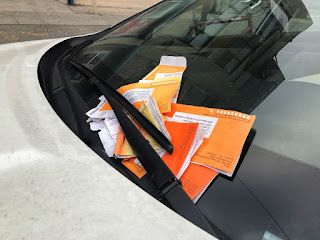 According to a Fox5 News article, Bill B23-0288 would allow 80 citizens, ten in each of D.C.'s eight wards to print out parking tickets and citations.

These government shills will be tasked with spying on motorists and ticketing them if they park too long or violate parking rules.

Reason.com warns, "these new citizen parking enforcers would be accountable to no one."

If you think you had problems with your neighbor(s) before, just wait until they have the power to ticket anyone.

A couple of centuries ago, Bostonians tarred and feathered tax collectors because they were fed up with being overtaxed (ticketed) to fill government coffers. 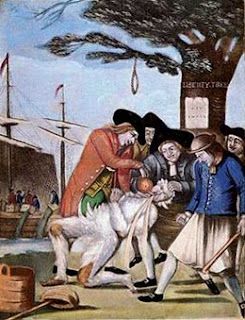 What is happening in cities like Washington, D.C., Houston, Texas and Portland, Oregon should be enough to bring back tar and feathering; if nothing else it would make politicians think twice about creating ticket vigilantes.

Seven years ago, the Oregonian reported that they became the first state in the union to encourage citizens to tickets motorists.

The race to turn citizens into revenue collectors, extends to private parking companies who are also issuing tickets to motorists.

A 2015 Vice article explains how parking lot attendants across the country have been issuing parking tickets to motorists.

"In Portland, for example, a private lot can issue tickets if the company issuing them is a registered operator and the parking facility is registered with the city. Fines are set and private lot attendants function as deputized meter maids."

Turning parking lot attendants into deputized meter maids? Turning your neighbor into Judge Dredd is this some kind of twisted joke?

Giving citizens the power to ticket people, shows how desperate cash-strapped cities and towns are becoming.

Americans already pay 30% of their income towards taxes, so the last thing we need is a Neighborhood Meter Maid Watch group, whose sole mission is to collect more revenue from us.