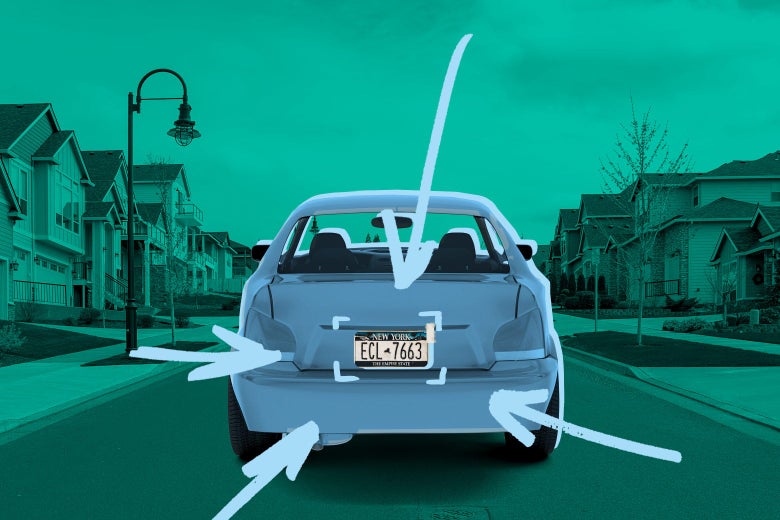 Clayton Burnett seems like an unlikely candidate to run a cutting-edge surveillance system. He is not an FBI agent, nor does he investigate homicides for the NYPD. Burnett is the director of innovation and new technology at Watchtower Security, a private company that contracts with property managers—hundreds of them—in low-income communities across the U.S. About three years ago, his company started contracting with OpenALPR, a startup whose software lets users track people by their license plates. “The price point was very reasonable for us,” Burnett says, so now Watchtower has more than 475 cameras scattered across its properties—he says they sometimes scan more than 1.5 million license plates in a week. With just a quick search, now Watchtower can see every time someone passed by one of its apartment complexes in the past two months.

Burnett’s company regularly hands over location data to police, he says, as evidence for cases large and small. But that investigative firepower also comes in handy for more routine landlord-tenant affairs. They’ve investigated tree trimmers charging for a day of work they didn’t do and caught people dumping trash on private property. Sometimes, he says, a tenant will claim her car was hit in the building’s parking lot and ask for free rent. His company can search for her plate and see that one day, she left the lot with her bumper intact and then came back later with a dent in it. Probably once a week, Burnett says, Watchtower uses it to prove that a tenant has “a buddy crashing on their couch,” violating their lease. “Normally, there’s some limit to how long they can stay, like five days,” he says, “and we can prove they’re going over that.” One search, and they have proof that that buddy has been coming over every night for a month.