Syria has demanded the immediate withdrawal of all foreign forces from its territories and stated that it reserves the right to take action if they remain inside the country.

"The United States and Turkey maintain an illegal military presence in northern Syria," Foreign Minister Walid al-Muallem said in his address to the United Nations General Assembly (UNGA) on Saturday.

"Any foreign forces operating in our territories without our authorisation are occupying forces and should withdraw immediately," he said.

While most of the country has been retaken by the government, armed rebels still hold Idlib in the northwest, and the oil-rich northeast, which is held by US-backed Kurdish groups.

"Tens of thousands of foreign terrorist fighters have been brought to Syria from more than 100 countries with the support and cover of states that are known to all," he added.

The Syrian minister added that these countries were using "terrorism" as a "tool to impose their insidious agendas on the people and governments that reject their external dictates".

The war has killed more than 370,000 people and displaced millions since 2011, triggering an unprecedented refugee crisis.

Al-Muallem told the UNGA that "no deadline" should be imposed on a new constitutional committee announced on Monday, insisting that it be run entirely by Syria with no preconditions set by other countries.

"The committee must be independent. Its recommendations must be made independently, without interference from any country or party," he said.

His comments came in the light of a UN document released on Saturday showing that the new committee is mandated to either amend Syria's current constitution or write an entirely fresh one.

Al Jazeera's diplomatic editor at the UN, James Bays, said the constitutional committee will include 150 people - 50 from the Syrian government, 50 from the opposition, and a further 50 chosen by the UN and members of the Syrian civil society.

In addition to this, Bays said there will be an even smaller group that will do the actual negotiations with 45 members - 15 from each of the three groups.

The document adds that once the process of drafting the constitution is completed, "free and fair elections" will be held in Syria under the supervision of the world body.

The committee was negotiated by the UN's envoy to the war-torn country, Geir Pedersen, and has been accepted by the Syrian government and opposition.

Speaking to Al Jazeera from outside the UN headquarters, Pedersen said he "guarantees" that the election will be "based on the aspirations" of the Syrian people. 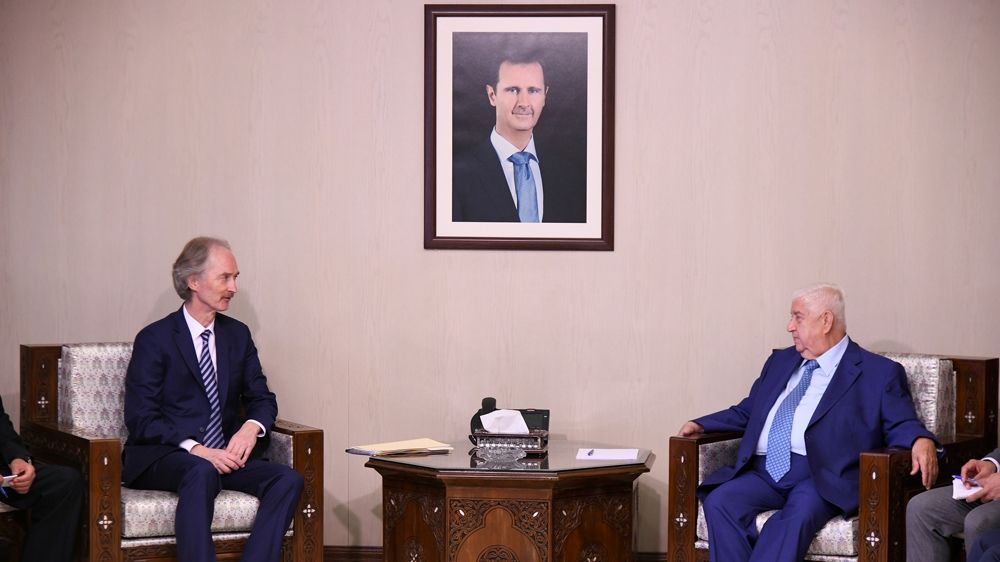 "This is Syrians sitting together for the first time after eight and a half years working on their own constitution," he said.

Pedersen said his mandate was to make sure all Syrians are allowed to vote in a free and fair election - including the diaspora - under UN supervision.

Bays said that al-Muallem's comments at the UNGA suggest the Syrian government is already trying to "work out how it might try and stop free and fair elections".

A first meeting of the committee, which took almost two years to negotiate, has been scheduled for October 30 in Geneva, the UN document said.