The New York Times kicked off 2020 with a large feature story attempting to drum up outrage over the University of Wisconsin's Homecoming Committee releasing a video which had a lot of white students in it.

Even though the video had many non-white people in it, the New York Times suggested the fact "virtually everyone" in the video "was white" was an indictment of the university in itself.

"A 2-minute video was meant to unite the University of Wisconsin," The New York Times said. "Instead, it prompted a reckoning over race: Virtually everyone in it was white."

A 2-minute video was meant to unite the University of Wisconsin. Instead, it prompted a reckoning over race: Virtually everyone in it was white.https://t.co/bYaz02BTbn

"The outrage was almost instantaneous," the Times claimed, before going on to insist the video "galvanized and divided a university plagued by a history of racist incidents."

(The first article the Times linked to claimed some people allegedly shouted a racial slur out of their car, someone scrawled a racial slur on an Obama biography and some sorority girls mimicked an Asian accent as part of a skit. The second article was a story about someone having scrawled the N-word in a bathroom.)

"It made people uncomfortable, seeing a lot of people who look alike representing the university," The Times quoted student newspaper reporter Emilie Cochran as saying, "And it woke people up, saying, this is actually what our university looks like."

"UW-Madison is home to Black students who fear for their safety because of the color of their skin," student Payton Wade claimed.

The students deleted the video and issued a groveling apology but that wasn't enough. The second largest newspaper in the state, The Wisconsin State Journal, ran an article in Oct 2019 highlighting the supposed outrage over the video featuring "almost exclusively white students."

(Incidentally, isn't it funny that the media which will one day say there's no such thing as "white" people and claim that Irish people and Italians were not considered "white" will turn around and say everyone with light skin is "white" when it suits their agenda?)

In a stunt which appears to have been aimed at playing up their victimization, a few weeks after the video was released "anonymous" students (who seem to have been caught by the university but not named) staged what amounts to a hate hoax by writing on a sign, "UW 4 WHITES ONLY."

Another #hatehoax: “UW 4 WHITES ONLY!” sign posted on @UWMadison campus. Students & admin panicked. Calls for those responsible to be expelled. Turns out to be a hoax campaign by social justice activists to bring awareness to trans people of color. https://t.co/CP8XafV18c pic.twitter.com/A9G5BVf7bs

As The College Fix reported, the school assumed it was evidence of "hate and racism" on their campus by white people.

UW stands against hate and racism.

We’re aware that, last night, a racist message was posted on a building sign outside Science Hall.

We are removing this message and any others and @UWMadisonPolice is investigating. We will provide more info later today.

After more signs were discovered, one reading, "UW DON'T CARE ABOUT BLACK PEOPLE" and another reading, "I'M TIRED OF HAVING TO TEACH MY TEACHERS," they finally realized it was a sham.

Update: Multiple posters around campus appear to be part of a coordinated campaign calling attention to experiences of underrepresented students.

Nonetheless, the Times described the now-debunked incident as triggering "a big explosion of racial tension" and said the campus was left "shaken and confused once again."

University officials "declined to identify the people involved" and the Times reports "[n]o one claimed responsibility by name, but a group of anonymous students issued a public apology." 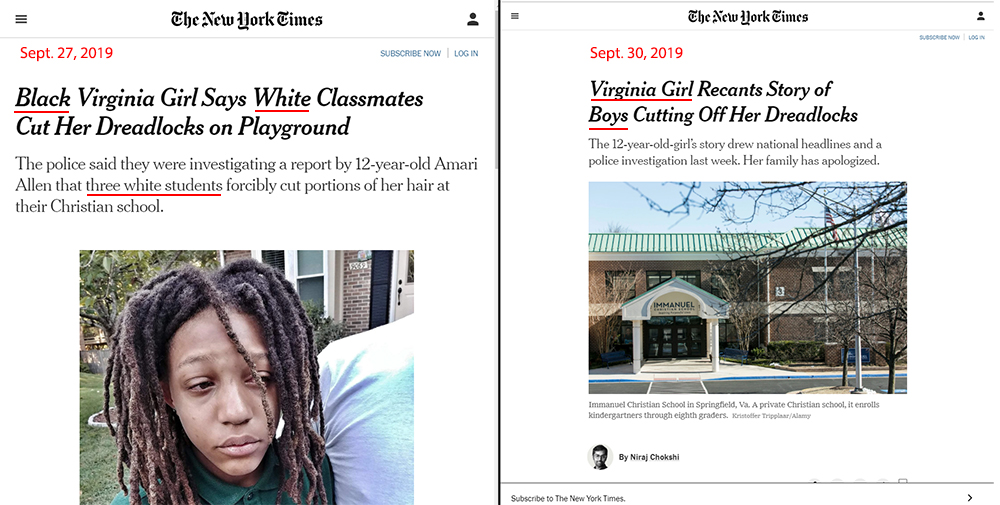 This is the only form of "racism" not only permitted by the controlled media but actively promoted and encouraged.