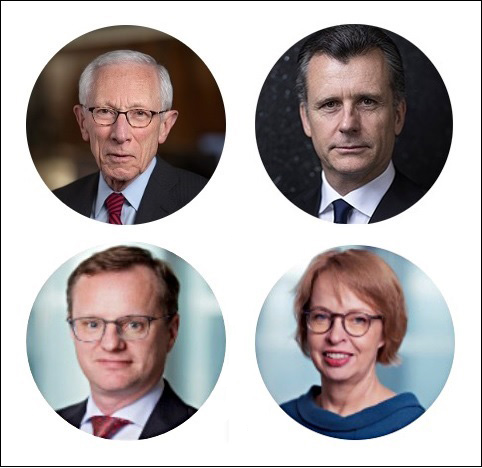 It’s called “Going Direct.” That’s the financial bailout plan designed and authored by former central bankers now on the payroll at BlackRock, an  investment manager of $7 trillion in stock and bond funds. The plan was rolled out in August 2019 at the G7 summit of central bankers in Jackson Hole, Wyoming – months before the public was aware of any financial crisis. One month later, on September 17, 2019, the U.S. Federal Reserve would begin an emergency repo loan bailout program, making hundreds of billions of dollars a week in loans by “going direct” to the trading houses on Wall Street.

The authors wrote in the white paper that “in a downturn the only solution is for a more formal – and historically unusual – coordination of monetary and fiscal policy to provide effective stimulus.”

We now understand why, for the first time in history, the U.S. Congress handed over $454 billion of taxpayers’ money to the Fed, without any meaningful debate, to eat losses on toxic assets produced by the Wall Street banks it supervises. The Fed plans to leverage the $454 billion into a $4.54 trillion bailout plan, “going direct” with bailouts to the commercial paper market, money market funds, and a host of other markets.

The BlackRock plan further explains why, for the first time in history, the Fed has hired BlackRock to “go direct” and buy up $750 billion in both primary and secondary corporate bonds and bond ETFs (Exchange Traded Funds), a product of which BlackRock is one of the largest purveyors in the world. Adding further outrage, the BlackRock-run program will get $75 billion of the $454 billion in taxpayers’ money to eat the losses on its corporate bond purchases, which will include its own ETFs, which the Fed is allowing it to buy in the program.

Helicopter money is also spelled out in the BlackRock plan, which explains why simultaneously with the $454 billion Congress carved out for the Fed under the CARES Act, fiscal stimulus was also “going direct” with $1200 checks and direct deposits to the little people of America and Paycheck Protection Program loans and grants “going direct” to small businesses.