Customers will be under more surveillance every time they walk into a 7-Eleven but the reason for the new CCTV isn't to stop theft.

The convenience store chain has rolled out facial recognition software at more 700 than stores across Australia to be used to verify customer feedback rather than as an anti-theft measure.

The software is connected to Rate It, an online customer experience platform that runs on a tablet device in-store.

7-Eleven confirmed the installation of the new technology after a growing number of eagled-eyed customers noticed new signs at store entrances in recent weeks. 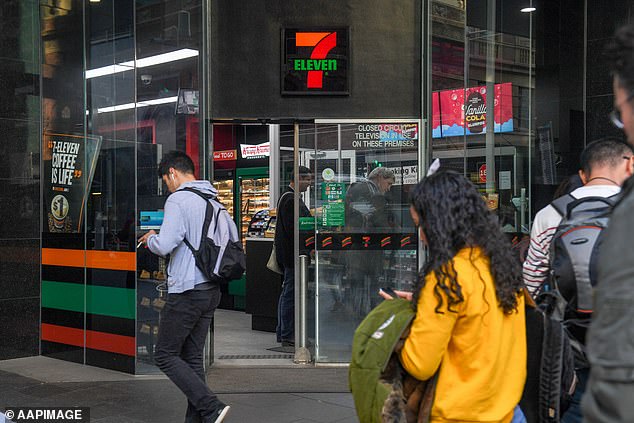 'Site is under constant video surveillance. By entering the store you consent to facial recognition cameras capturing and storing your image,' the sign reads.

7-Eleven insists the software is 'not used for any other purpose' other than verifying customer feedback and says stores won't have access to the encrypted data.

'The use of facial recognition within the Rate It tablet is to ensure that the feedback is accurate and valid, and given customer feedback is so important to us we don't want the system being 'gamed,' a spokesperson told 7news.com.au.

The data captured by the tablet will be an encrypted agorithmic representation of the image recorded, which will be stored by Rate It for a week before it's permanently destroyed.