The One Assured Outcome After The Election 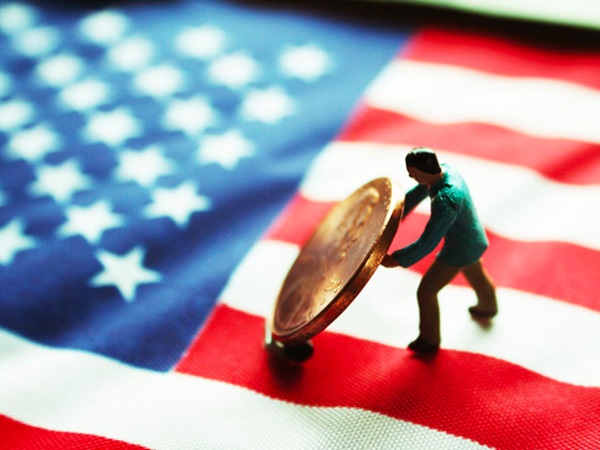 Ever since the crash of 2008, a trend has developed in U.S. election debate: the near complete avoidance of serious discussion about the economy. Ron Paul was the last candidate to attack the subject with any energy, and that was quite a while ago now. The economic decline of our nation is being aggressively ignored, even though it is the most important issue of the past century.

For example, talk about the actions of the Federal Reserve over the past decade has fallen off the radar. Both sides of the aisle love the Fed and both sides are happy to let the central bank print the dollar into oblivion. Both sides have mentioned little or nothing about the current stagflationary wave hitting the country, causing price inflation in many necessities, from food to electricity to rent (except for certain major cities where no one wants to live right now). And all serious examination of globalism and forced interdependency has ceased, even though global interdependency in manufacturing is one of the major causes of supply chain shortages and price inflation right now.

The real unemployment rate remains high, holding at 26.9% when accounting for U-6 measurements. While some jobs have been recovered from the initial COVID lockdown, most of these are part-time, low-wage retail and fast food jobs.

The question that might arise during the election is: Which side is more likely to keep the lockdowns going despite the economic disaster they are helping to cause? That award obviously goes to Biden, though the President continues to leave lockdown decisions to state governments, which means they will probably remain an issue regardless of the election outcome.

The small business sector has decimated by the “Retail Apocalypse”, which started in 2018 and has hit critical mass in 2020 during the lockdowns. Yelp data recently showed that 60% of small business closures due to the coronavirus are now permanent; that’s over 97,000 businesses gone in the blink of an eye. This showcases and proves that the small business bailouts were a complete failure. That’s what happens when you put global banks like J.P. Morgan in charge of which businesses get bailout dollars and which businesses don’t.

Add this to the 25,000 major retail stores set to close so far in 2020 and one can see that this is a very real crisis that could have repercussions for decades to come, but almost no one is talking about it.

Debate about the trade war with China has also taken a back seat to the pandemic, though the trade war continues and many tariffs remain in place.

Both Trump and Biden have indicated that there will be no change to the trade war posture of the U.S. post-election, and so tensions with China will only increase. While China is one of the worst human rights violators on the planet and, in my opinion, their communist government should be erased from existence, there is a little issue of debt and monetary investment that, again, no one is talking about.

China not only has the ability to dump trillions in U.S. Treasuries back on the market, but it also has the option of dumping the U.S. dollar as the world reserve currency. As the number one exporter/importer in the world, China could cause significant damage to the U.S. economy if they drop the dollar and their trade partners follow their lead. I believe this threat will become clearer in 2021, AFTER the election is over.

The problem of U.S. dependency on Chinese manufacturing has been mentioned during the campaign, but merely in passing. No serious plan to bring production back to the U.S. has been presented by either side, and this seems to be the predictable narrative of every election for the past 12 years: Use buzzwords on the economy to pretend as if candidates care while never offering a practical plan for solving the underlying problems.

Tax cuts or tax increases are irrelevant and do nothing beyond causing minor short-term shifts in cash flows. The very root of the U.S. financial system (and the global financial system) is rotten, and NOTHING is being done about it by either political party.

There needs to be a reckoning, and certain figures within the finance and banking structure need to answer for their criminality. International banks like Goldman Sachs and J.P. Morgan contributed directly to the creation of the mortgage and credit crisis of 2008, and they did so with full knowledge that the derivatives bubble was about to collapse. Yet, to this day, they continue to operate with impunity around the world and offer “advice” to investors and governments on economic management. In 2020 they continue to enjoy bailout dollars from the Fed, and when they are exposed for fraud, they simply get a slap on the wrist and a fine.

The outcome of all this is rather predictable: Small businesses are going to disappear and what’s left of the localized economy in the U.S. is going to be destroyed. International corporations, the only businesses enjoying reliable protection from the Fed, will remain as the only game left in town. It is almost as if the economy is being forcefully streamlined into a global centralized model with the major corporations at the helm…

For those people who put a lot of stock in elections, I think it’s important for them to remember that very little of actual importance changes in the course of political events. Problems are not solved by politicians or presidents; problems are always solved by the people, if they get solved at all.

This means that the ongoing downtrend in the U.S. economy is assured even after the 2020 election, and no matter who ends up in the White House, the crash will likely accelerate because the causes of the crash are never dealt with. Fundamentally, local production and trade is the key to saving America. This is how America’s economy was able to survive and thrive at the formation of our system, and it only makes sense to return to a free market model that was proven to work.

If major manufacturing is ever going to return to the U.S., companies need to be incentivized. Why are corporations enjoying lavish tax cuts without having to give anything in return? Shouldn’t tax cuts come with strings attached, such as a requirement that they bring home a large portion of their factory base to U.S. soil?

Decentralization means more than just moving away from globalism; it also means that each and every community has to pursue self-reliance and establish its own production model. Instead of trading our wealth and work to international companies that siphon dollars away from our communities, we need to develop our own local trade and keep at least a fair portion of those dollars circulating in our own towns and neighborhoods. We also need to start focusing on necessities and being able to provide for ourselves in the event that the international supply chain breaks even further.

The elections do not, and probably will not, address any of the issues I describe above because they are a circus that distracts away from legitimate dangers. Elections are meant to control the narrative, not give the public a voice. By all means, vote for whoever you like, just keep in mind that our duty as Americans does not stop at the voting booth; it is our job to fix this country and to save ourselves. The politicians are irrelevant.

After 8 long years of ultra-loose monetary policy from the Federal Reserve, it’s no secret that inflation is primed to soar. If your IRA or 401(k) is exposed to this threat, it’s critical to act now! That’s why thousands of Americans are moving their retirement into a Gold IRA. Learn how you can too with a free info kit on gold from Birch Gold Group. It reveals the little-known IRS Tax Law to move your IRA or 401(k) into gold. Click here to get your free Info Kit on Gold.