Facebook has confirmed it is actively censoring pro-Trump groups that are concerned over potential vote count irregularities in various states when it issued a bombshell announcement saying it has removed a large protest group from its platform.

"In line with the exceptional measures that we are taking during this period of heightened tension, we have removed the Group 'Stop the Steal,' which was creating real-world events," a Facebook spokesman said.

The mention of "real-world events" appears simply an expressed desire to hold demonstrations, which is basic protected free speech and right of assembly.

"The group was organized around the delegitimization of the election process, and we saw worrying calls for violence from some members of the group," Facebook claimed without providing evidence.

The censorship comes after a number of Trump’s own tweets alleging "fraudulent" activity and that the election is being "stolen" from him have been slapped with labels by Twitter.

The massive group — which grew to 361,000 members within 24 hours — was devoted to protesting the administration of the election, which the organizers allege has been marred by "widespread ballot fraud."

"Stop the Steal" was among the largest pages organizing protests against the election impasse. Even the WSJ is acknowledging Thursday afternoon that this is among—

"the social-media giant’s most aggressive moves yet to police online activity over the election results."

The WSJ further notes that "In the minutes before the group was removed, it was adding new members at a rate of more than 25,000 people an hour." Thus it appears the rapid popularity also brought it to the attention of Facebook’s election content censors. 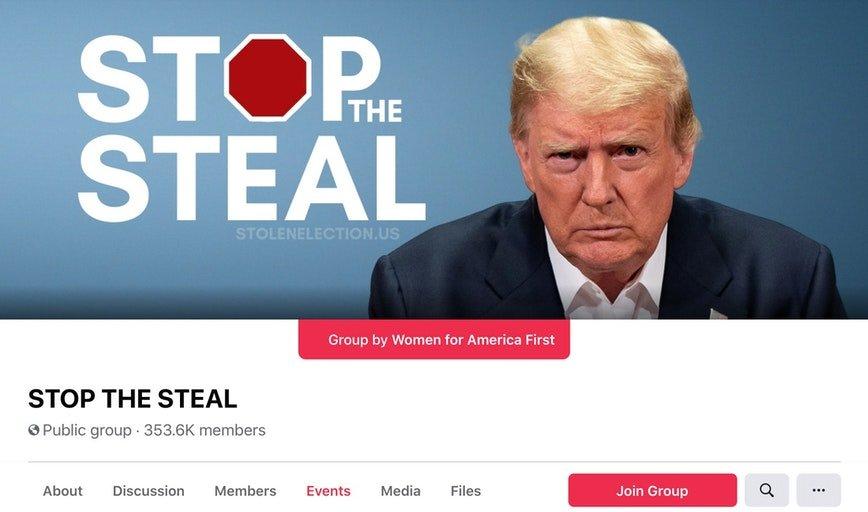 However, clearly this is a massive private tech company that is essentially banning Americans’ attempt to assemble politically in an egregious and blatant violation of 1st Amendment principles.