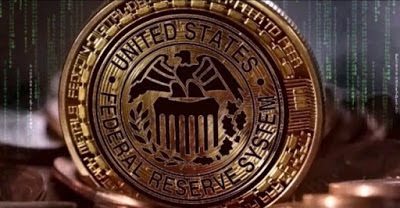 As talk continues to intensify about the Federal Reserve introducing its own e-currency, what would happen to Bitcoin under such circumstances?

Three academics at Yale University, Sahil Gupta, Patrick Lauppe and Shreyas Ravishankar put out a paper in 2017, Fedcoin: A Blockchain-Backed Central Bank Cryptocurrency, where they attempt to answer that question.

This is their conclusion:

Our digital money, locked up in private ledgers and exchanged through dozens of heterogenous databases en route from creditor to debtor, lacks the speed, stability, scalability, and security of a good cryptocurrency. A successful Fedcoin would make bank notes, credit card companies, and Bitcoin obsolete, while transforming the nation’s medium for money.

As I have previously written, a Federal Reserve created digital coin could be one of the most dangerous steps ever taken by a government agency. It would put in the hands of the government the potential to create a digital currency with the ability to track all transactions in an economy---and prohibit transactions for any reason.

This is even more reason to end the Fed.