Former British Prime Minster Tony Blair has said that the British government should take advantage of the fact that it is to preside over the G7 this year to implement a global vaccine passport system. 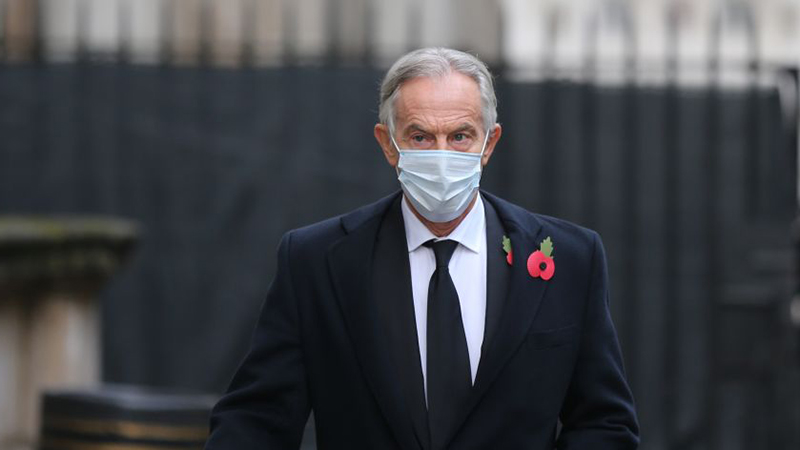 Blair’s globalist institute issued a report urging the UK government to “place the creation of a global Covid-19 travel pass as a key item” on the G7 agenda.

In an interview with the Telegraph, the Iraq war architect himself stated that vaccine passports are “inevitable” and that British government needs to “take the initiative” using its “fortuitous” G7 presidency, and implement a “critical first step” toward global adoption of the scheme.

Blair argued that without a global standard on vaccine passports, there could be two problems.

“One is that everyone just does their own thing, which is much more chaotic and difficult to manage.

Or secondly, there’s a set of rules in place that you may not be that happy with,” Blair said.

What a horrible prospect, sovereign nations ‘doing their own thing’!

Blair added that an international vaccine passport scheme is essential to “re-connect” the globe.

“It’s better to have common rules and a common verification system, so that people know what your disease status is and know it with some validation,” he said.

“It’s going to be a new world altogether,” Blair proclaimed, adding “The sooner we grasp that and start to put in place the decisions [needed for a] deep impact over the coming years the better.”

Blair has been pushing for vaccine passports ever since the pandemic began. Last April he declared that the situation is going to lead to “dramatically increased technological surveillance,” and suggested that “under the right conditions, this is a price worth paying.”

Blair is correct that the push toward COVID passports has become a juggernaut that now appears unstoppable. Everyday there are new reports of countries, airlines, and businesses declaring their intention to implement some form of vaccine passport system.

He is also correct that at the moment it appears to be somewhat uncoordinated and disparate, rather than any kind of standardised plan. However, the EU is debating a standardised scheme, and airlines seem to be falling into line behind the IATA Travel Pass ‘digital passport’ which shows passengers’ proof of Covid-19 tests and other entry requirements when flying.