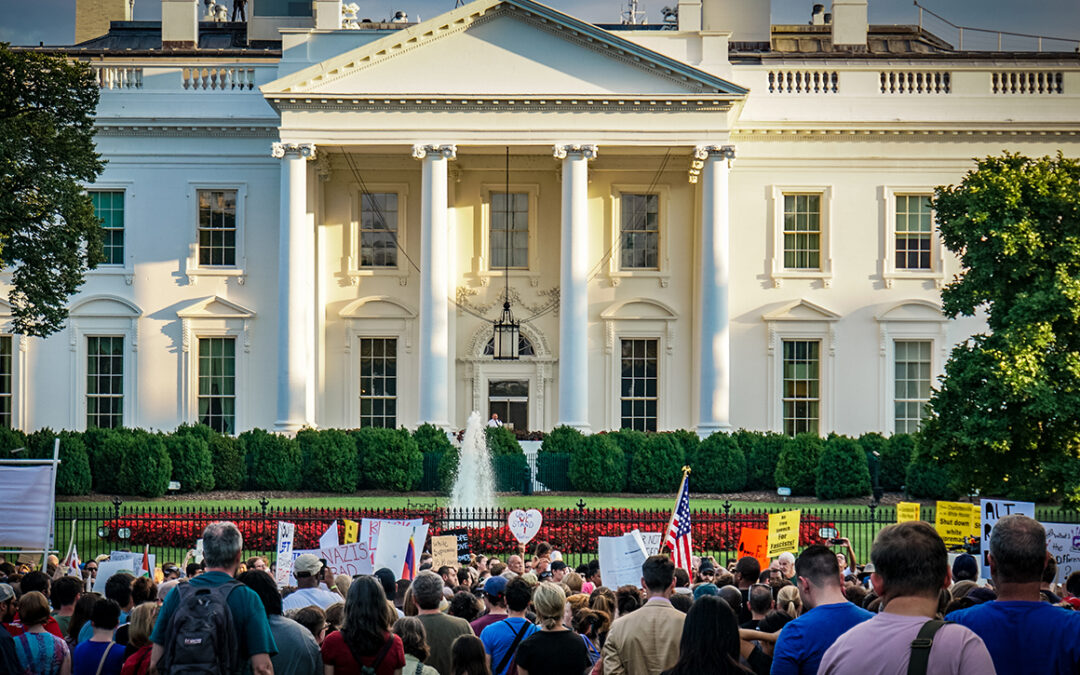 TED EYTAN / FLICKR
In a recent exposé, TIME Magazine admitted that the 2020 election was rigged to favor Joe Biden, while attempting to justify it.
“They were not rigging the election; they were fortifying it,” says reporter Molly Ball. “It’s massively important for the country to understand that it didn’t happen accidentally.”
Ball said what half the country already knew: that “powerful people, ranging across industries and ideologies, working together behind the scenes to influence perceptions, change rules and laws, steer media coverage and control the flow of information.” She refers to this as what “sounds like a paranoid fever-dream,” but one which accurately describes the situation.
In the article, Ball describes activist groups, corporate CEO’s, disaffected Republicans, and Big Tech “philanthropy” teaming up to unseat the former president. “In a way, Trump was right,” she admits. “There was a conspiracy unfolding behind the scenes.”
Democrats have been trying to remove former president Trump from office since before he was even inaugurated. From accusations of “Russian collusion” to the Ukraine call to “obstruction of congress” (whatever that means), the deep state and activist left have pulled out all the stops to oust Trump from power, and it appears that they finally won.
“Every attempt to interfere with the proper outcome of the election was defeated,” says Protect Democracy co-founder Ian Basslin. The “proper outcome” this anti-Trump activist was referring to was merely a “free and fair, credible and uncorrupted” result, Ball insists.
“The handshake between business and labor was just one component of a vast, cross-partisan campaign to protect the election–an extraordinary shadow effort dedicated not to winning the vote but to ensuring it would be free and fair, credible and uncorrupted.” – Molly Ball
However, many of us did not need Time Magazine to admit that the election was rigged. We suspected this when over 700 election workers wrote affidavits alleging election irregularities or fraud. We questioned election integrity when poll watchers were told to go home in the middle of the night while ballots were still counted. We raised our eyebrows when Michigan and Georgia both refused to conduct a vote audit, instead ordering recounts of the same ballots.
It wasn’t that Biden won over 200 fewer counties than Obama but vastly over-performed in a select few counties in several swing states with a history of corruption; it was that mainstream media outlets like TIME refused to cover these subjects while simultaneously labeling Trump’s talk of election fraud as “unsubstantiated” only to later admit that they were true with a tone of glory and achievement.
Aside from election theft, or “fortification” of the results as Ball might say, one other interesting fact was revealed in the exposé. According to this article, the left-wing activists we have been watching for four years march in the streets, burn down buildings (sometimes with people inside), loot businesses and spray graffiti on public and private property are not independent, but part of an “entire national mobilization network” affiliated with the partisan groups Democracy Defense Coalition and Protect the Results.
“We wanted to be mindful of when was the right time to call for moving masses of people into the street,” said Angela Peoples, director at the Democracy Defense Coalition. “Protect the Results announced that it would ‘not be activating the entire national mobilization network today, but remains ready to activate if necessary.’”
As it turns out, left-wing activists really are just pawns in a larger game – useful idiots used by their leaders to achieve particular political outcomes which have been orchestrated by those she admitted earlier “influence perceptions…steer media coverage and control the flow of information.”
Former Michigan GOP executive director turned never Trumper Jeff Timmer said it best. “It’s like when Wile E. Coyote runs off the cliff–if you don’t look down, you don’t fall. Our democracy only survives if we all believe and don’t look down.”
Indeed; when we stop believing the lie of a fair and legitimate election, the lie comes tumbling down.
About the Author
Phillip Schneider is a staff writer for Blacklisted News. To see more of his work, you can follow his Facebook Page, become a subscriber on the free speech social network Minds, or support his efforts by becoming a contributor via Patreon.