Speaking at a Vatican-organized conference meant to promote "open dialogue", Chelsea Clinton called for a global effort to crack down on all "anti-vax" social media posts, or anything that’s 'skeptical' of the official narrative. 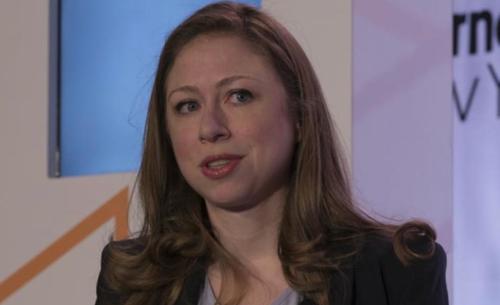 The statement, made in a pre-recorded segment that featured questions for the erstwhile first daughter, Clinton was asked to respond to a query about "vaccine hesitancy" and what can be done to encourage wider vaccine adoption.

Clinton chose to opine about limiting freedom of speech and cracking down on social media posts, but didn’t touch the issue of access and the ongoing debate about waiving IP protections for COVID-19 vaccines, something the White House recently said it would support, even as much of the developed world opposes the plan (even if the EU signaled that it’s open to discuss it).

"I personally very strongly believe there has to be more intensive and intentional and coordinated global regulation of the content on social media platforms," she said.

"We know that the most popular video across all of Latin America for the last few weeks that now has tens of millions of views is just an anti-vax, anti-science screed that YouTube has just refused to take down."

"We know that - because I have tried - that appealing to the leadership of these companies to do the right thing has just not worked, and so we need regulation."

Clinton said that the Clinton Foundation has been doing what it can to convince the “vaccine hesitant” and the “vaccine refusers” to accept doses of the COVID-19 vaccines. She believes it is important to differentiate between people who are “hesitant” and those in the “refusal group.” The “hesitant” have questions that she can answer, for instance regarding the speed at which the vaccines were developed, their ingredients, and “conspiracies about microchips.”

Recently, those who have questioned aspects of the COVID-19 rollout in the US (most notably, Joe Rogan, who was recently forced to apologize for vaccine-skeptic musings on his show), have been attacked by a growing chorus of critics including the mainstream press while being de-platformed by everyone from Facebook to PayPal.

If Clinton wants to start setting standards for what content should be banned on social media, she should probably start by being more specific about what constitute’s being "anti vax". For example, are the Norwegian health officials who recommended rejecting both the AstraZeneca and J&J jabs over safety concerns "anti vaxx"? How about the other European public health officials who came to similar conclusions?

And what about the CDC, with its increasingly byzantine guidelines about when and where masks are appropriate, what types of precautions must still be taken by those who have been "fully vaxxed" and whether or not Americans can expect to receive a booster dose.

Of course, if Clinton wants to improve adoption rates for COVID-19 vaccines, maybe she should focus on broadening access in the developing world.