Losing The Plot On COVID

What happens when a population of introverts, hypochondriacs, and obsessive-compulsives is continuously bombarded with messages to seclude and disinfect themselves, for fear that COVID-19 prickle-balls lurk everywhere, waiting to attack? 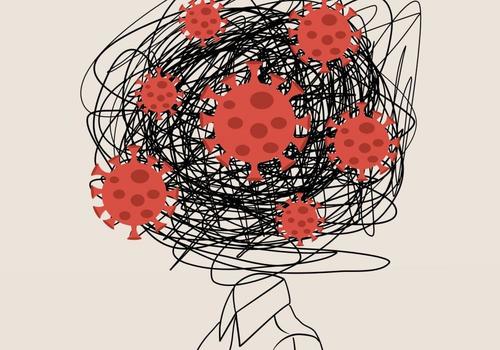 "Fifteen days to flatten the curve."

That phrase is surely now banned by corporate media, for it reminds us how the supposedly acute health threat of March 2020 was repeatedly re-packaged to keep populations off-balance and out of business not for 15 days, but for 15 months.

Never in modern times has a health issue been so flagrantly politicized, nor wielded as a club, as the Wuhan virus has been.  Outside a few rational locales, almost every nation drank the COVID Kool-Aid, competing to see who could enforce the stupidest rules.

Naturally, academia would lead the way:

If you are young, you have essentially no chance of dying of COVID.  The low youth mortality impact from COVID was known by April 2020.

Yet many universities now require these low-risk young people to inject the experimental vaccine or be banished from campus.

Did you already catch the WuFlu and have antibodies?

Too bad.  The great pulsating brains of academia cannot differentiate.

Young people who want to serve their country are also targets: the passive-aggressive command at West Point compels the unvaccinated to sacrifice a week’s vacation to quarantine and then to wear masks in the most ridiculous circumstances imaginable — to harass them and make them look like fools.  Military leaders do not care whether the experimental vaccines might do more harm than good, especially on a previously COVID-exposed youth.  Take the jab and shut up, cadet; Colonel Suckup needs to PowerPoint his 100% compliance success.

Famed baseball pitcher Anthony Fauci claims that he is Science personified, yet anyone can make simple deductions that have eluded the doctor: there is effectively no difference in COVID rates between regions that went full Stalin on COVID rules and those areas that took a more holistic or decentralized approach to the virus.

Great Britain, with its multiple draconian lockdowns, has a COVID case rate of 6.76% of the population, while Sweden, which mostly left schools and businesses open and went soft-touch on mask mandates, has a case rate of 10.7%.  But Sweden’s death rate is 20% lower than the U.K.'s, so what was the point of Britain’s lockdown hysteria?

Similarly, some U.S. schools were closed for up to a year, and kids as young as two were required to wear masks in a sickening display of fear-psychosis.  Yet in Switzerland, schools reopened permanently about 4–5 weeks after the initial virus panic in the spring of 2020, and children under 12 were never required to wear masks at any time.  Switzerland’s COVID case and death rates are both lower than the U.S.'s.  On the other hand, in Washington, D.C., where self-righteous residents wear masks even while jogging in the woods, restaurants were already open in March 2021, while in Switzerland, restaurants were closed from December until late May, in the apparent hope of destroying every last small eatery.  There’s no science in any of this posturing.

And none of this jumping through hoops made any difference in the progression of the virus: lockdown-crazy Michigan has a higher COVID death rate than libertarian Florida (despite its large elderly population).

Lost in all of this seems to be the simple fact that the COVID virus is not that deadly.  True, about 12% of the 4.7-million total U.S. deaths recorded between January 2020 and June 2021 were credited to COVID.  About 1.7% of positive cases end in death.  But 80% of COVID deaths occurred in the over-65 population, which always has a much higher death rate from infectious diseases, such as pneumonia.  If you are under 65 and test positive for COVID, you have a 0.25% chance of death (1/400), which is probably about the same as if you caught a bad flu and suffered complications from it.  It’s also logical that we will see periods of below-average death rates in the next year or two, in the same way that there are bad flu years and not-bad flu years.

Self-serving politicians locked down free citizens (and, ironically, released prisoners), destroyed businesses, marred kids’ psyches, and harassed people with mask and testing mandates, all for a coronavirus that in the end was not that novel.  And they did it with the connivance of corporate media, which censored and slandered anyone who asked the most basic questions about the virus’ origins and treatments.

In a future sane world, people will view the orchestrated panic of the COVID era with the same bemused condescension we might view the supposed War of the Worlds radio invasion scare of 1938, or the bygone use of leeches for seemingly every ailment.