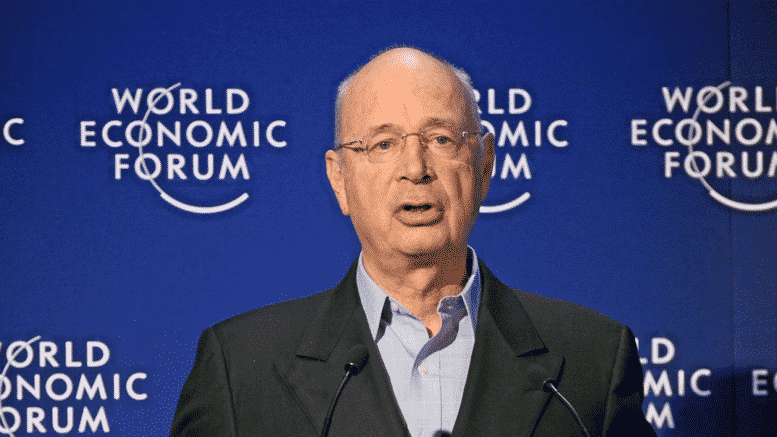 The Internet is headed toward total censorship of “unauthorized” content as well as individuals who consume or produce such content. Once you are identified as “unsafe”, you could be banned from Internet presence, denying access to Email and online accounts. ⁃ TN Editor

The World Economic Forum announced June 29 it will initiate a new “public-private partnership” with Big Tech and governments around the world to identify and uproot all opinions from the Internet that it considers “harmful.”

The WEF is one of those elitist organizations that wields enormous influence over the elected leaders of Western nations but which almost nobody in the general population has heard of.

Its members are internationalist corporate honchos and technocrats who meet once a year in Davos with the stated goal of working to “shape global, regional and industry agendas.”

It made a big splash last year with its highly touted “Great Reset,” which promises to use the pandemic as an “opportunity” to crash the world’s dollar-based, capitalist economic system and “build back better” under a more socialist and globally integrated system that mirrors the United Nations Agenda 2030 goals for Sustainable Development.

Any politician you hear using the term “build back better” [Biden-Harris-Trudeau-Johnson repeat this mantra daily] you know has drunk the poisonous Kool-Aid of the World Economic Forum and its founder, Klaus Schwab [pictured below]. 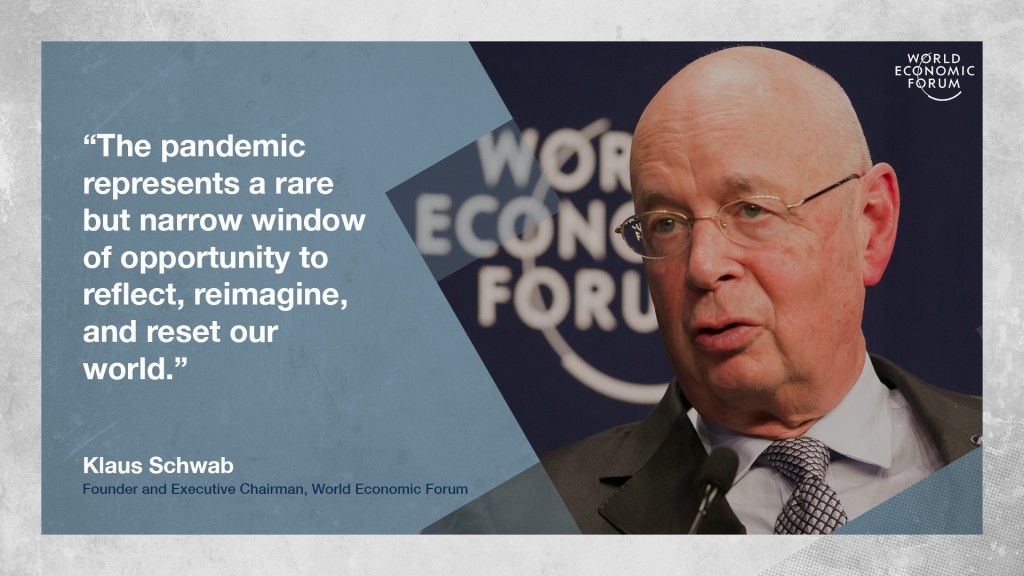 Schwab’s latest venture is the so-called “Global Coalition for Digital Safety” that consists of execs from Big Tech and government officials with the goal of creating a “global framework” for regulating speech on the Internet, wiping it of so-called “harmful content.”

[I could not help but think of the Committee of Public Safety that conducted the reign of terror during the French Revolution.]

And who gets to define what’s “harmful”? Why, the global coalition set up by the elitist WEF of course!

The “harmful” content targeted by this Global Coalition for Digital Safety you can bet will be tailor made to entrap those who stand for limited government, traditional values and individual freedom. Those of us who still believe in such things will not be included in the WEF’s definition “inclusive,” “equality” or “diversity.”

“The Global Coalition for Digital Safety is a public private platform for global, multi stakeholder cooperation to develop innovations and advance collaborations that tackle harmful content and conduct online,” states the WEF on its website.

Microsoft immediately announced it was on board with the WEF’s plan to squelch free speech on the Internet.

“Technology offers tools to learn, play, connect, and contribute to solving some of the world’s greatest challenges. But digital safety harms remain a threat to these possibilities. As the World Economic Forum is uniquely positioned to accelerate the public-private collaboration needed to advance digital safety globally, Microsoft is eager to participate and help build whole-of-society solutions to this whole-of-society problem.”

Facebook also seems excited to get started on finding new ways to groom users to start thinking about turning in their friends for wrongthink. The social media giant has begun sending cryptic messages to some users that read as follows:

“Are you concerned that someone you know is becoming an extremist?”

See screenshot below that one user received from Facebook today, July 1, and sent to this reporter.

This program fits perfectly with the rhetoric coming out of Washington since Biden claimed the presidency.

Biden and his attorney general, Merrick Garland, take every opportunity to talk about “extremists” on the right being the “biggest threat to our democracy.” This is a classic propaganda technique used to turn public sentiment against a targeted demographic. The Nazis perfected this, using the media to blame all of Germany’s problems on Jews before they actually started rounding them up and making them disappear.

The next phase in this evil plan is to encourage Americans to turn each other in to the online thought police. What happens next, after one has been reported to Facebook, Google or Microsoft? Will the tech giants turn those accused of thought crimes by their online “friends” and “followers” over to Biden’s politicized FBI? This is exactly how it works in China.

Readers of this blog know that China is the model being touted by those who believe in the Great Reset. Now their plans are right out in the open on the World Economic Forum website with this announcement of their Global Coalition for Digital Safety.

“With the growing challenge to counter health misinformation, violent extremist and terrorist content, and the exploitation of children online, there is an urgent need for more deliberate global coordination to improve digital safety.

In the above quote, notice how sneakily the WEF lumps spreaders of “health misinformation” – that would be anyone who expresses reticence about experimental mass vaccination programs, COVID lockdowns, mandatory mask wearing, etc. – in with violent extremists, terrorists and child traffickers. How clever.

The WEF has the audacity to claim its coalition will be “impartial” in policing the Internet. This is the same organization run by Schwab, who openly states that the pandemic should be exploited as a “unique window of opportunity” to fundamentally change the way the people live, work, do business and fit into society.

“The Forum is uniquely positioned to leverage its impartial platform and convening power to drive public-private cooperation amongst key stakeholders focused on improving safety online,” the WEF states in its release about the new coalition.

The WEF sets itself up as the global arbiter that defines terms like “harmful content” and “misinformation.” It also laments the fact that encrypted social media channels like Telegram and Signal are able to allow users to communicate free of censorship and spying.

Here are its recommendations for “key focus areas that now require coordinated action” by governments and their Big Tech allies:

4. Cross-Jurisdictional Content Cooperation: Enable action on content that spans jurisdictions and requires greater coordination amongst countries (e.g. content created in one county but causing harm in another)

5. Definitional Alignment: Support work on consistent definitions for content categories, such as self-harm and cyber-bullying to enable standardized enforcement, reporting, and measurement across regions.

If COVID taught us anything, it’s that Big Tech social-media platforms, in league with global power elites, defined for us what is allowed and not allowed to be said on the Internet.

Posts that challenge the official narrative about the virus and the best way to respond to it were immediately censored, either tagged with warnings meant to discredit the posts or removed all together.

The most typical reason for such censorship was that these posts “violated community standards,” which consist of mysterious, vaguely worded legalese that nobody reads.

Big Tech corporations are also increasingly working in concert with governments around the world, including in the U.S. and the ruling Chinese Communist Party in China, to regulate what people are allowed to see on the Internet.

But all of this control over the free flow of information is not enough for some of the global power elites.

Now they are ready to take their Gestapo tactics to the next level.

They want to turn us against each other.

Don’t let them do it.

Now is the time for all freedom-loving patriots in nations across the world to wake up, rise up, recognize these tactics as divisive and anti-human, and unite against this pernicious group of global predators.