A couple of weeks ago, we reported on the latest court filing made by Russian model Guzel Ganieva in her lawsuit against Leon Black. In the filing, she accused him of paying her millions of dollars in money and gifts in exchange for keeping the affair quiet.

But an amended filing released Monday includes even more explosive claims about Black’s relationship with Jeffrey Epstein. Black has already been forced out of Apollo, the private equity giant he co-founded, months earlier than he had originally planned, despite an internal probe finding that his friendship with Epstein didn’t extend beyond his decision to pay him more than $150MM for tax advice. While many have speculated that Black’s explanation was a ruse (and a thin one at that), Ganieva makes several explosive new claims, hinting for the first time that Black knew exactly what Epstein was up to, while not directly accusing him. 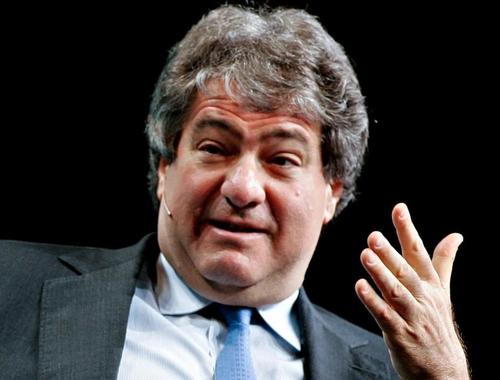 In the amended filing, Ganieva alleges that Black "made multiple comments to Ganieva about Epstein’s sexual proclivities." Black allegedly told Ganieva that Epstein flew "very young girls" aboard his private plane...and while the lawsuit doesn’t explicitly accuse Black of knowing that the girls Epstein trafficked were underage...it does claim that Black told Ganieva that Epstein made his money because he "takes care of the little girls" and was "doing a great job with it."

She also claimed that she herself was trafficked to Epstein, saying that Black flew her to Florida in 2008 "without her consent, to satisfy the sex needs of Epstein, Black’s "best friend."

Black’s legal team maintains that Ganieva’s account is a "work of fiction," according to a report in Vanity Fair.

Black’s attorney, Dayna Perry, said in regard to the new claims that "Ms. Ganieva had six years to prepare her initial complaint in this case … She now claims to recall in August supposedly crucial events and connections that somehow had slipped her mind at the time of her June filing. But just like her June complaint, Ms. Ganieva’s story today is demonstrably and transparently false and betrays her willingness to say anything and fabricate a story in the hope something will stick."

But Ganieva’s lawyers are reportedly subpoenaing flight records to see if they can prove she traveled with Black to Florida in October 2008. Evidence of this flight could be bad for Black, though we imagine his legal team will dismiss the records as irrelevant.

After asking her to meet him for lunch, Black allegedly drove Ganieva to Teterboro Airport in New Jersey, where they boarded a private plane. Ganieva states that once they were on the jet, Black told her they were flying to Palm Beach to meet his "friend", Jeffrey Epstein. Black instructed her not to tell anybody about the trip, even allegedly threatening to frame her for drug possession if she ever did.

"Black specifically used heroin as an example of an illicit drug that would be problematic for her if he planted it on her," the lawsuit states.

When they arrived at Epstein’s mansion, a federal marshal was stationed outside in accordance with the terms of Epstein’s sweetheart deal with prosecutors back in 2008. Epstein was famously granted work-release privileges allowing him to leave the jail for 12 hours every day during the entire year-long term of his incarceration.

They were allegedly greeted by Epstein assistance Sarah Kellen, who was also quoted in the amended lawsuit.

When Ganieva refused to sleep with Epstein, Black looked "annoyed". He eventually dismissed her from Epstein’s bedroom, and later, during the flight back to New Jersey, he refused to speak with her.

By the sound of it, Black stopped just short of admitting the existence of an elite moneyed cabal centered around abusing children...sound familiar? Still, we must take it with a grain of salt, given that the issue still needs to be adjudicated in civil court (though we have a feeling that, following these latest accusations, Black’s legal team might be motivated to work out a settlement).

Over the years, Black often texted with Epstein in Ganieva’s presence, and at one time he told her that she was "too old" for Epstein. "He likes them young," Black allegedly said.

Ganieva has previously accused Epstein of abusing her both physically and emotionally, even alleging that he raped her back in 2014. Black maintains that the relationship was entirely consensual, and has vehemently denied her claims about his "predatory" and "vindictive" behavior.

Now, with Ganieva poised to blow Black’s dirty little secret wide open, how much longer before prosecutors come calling, and force Black to start talking as they try to piece together other potentially high-profile "friends" of Epstein who participated in the sex trafficking 'ring'?