Police and firefighters in Oregon are suing the governor and the state after it was mandated that state workers must get COVID vaccines. 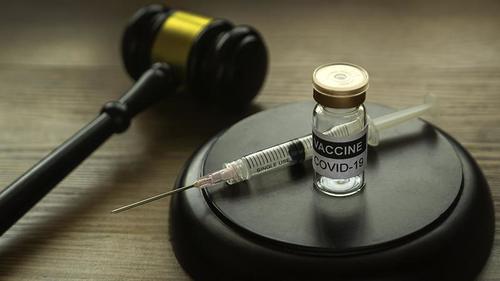 KOIN-TV reports that the lawsuit was brought by the Oregon Fraternal Order of Police, as well as state troopers and firefighters at the Kingsley Field Air National Guard Base.

Gov. Kate Brown recently mandated vaccines for workers, as well as instituting a fresh mask mandate, which was roundly criticised for going against logic and science.

The police and firefighters want to see Brown’s executive order deemed “unenforceable” by a judge, noting that there are statutes in place to protect workers rights and that vaccine mandates will lead to wrongful dismissals.

Last week an Oregon trooper was placed on leave for posting a video to social media vowing to defy the mandate.

“I swore an oath to uphold the Constitution of the United States, to protect the freedom of the people who pay my salary,” said Zachary Kowing in the video, adding “I do not work for my governor but for them.”

In the age of mass Silicon Valley censorship It is crucial that we stay in touch. We need you to sign up for our free newsletter here. Support our sponsor – Turbo Force – a supercharged boost of clean energy without the comedown. Also, we urgently need your financial support here.