It seems like the WSJ’s entire San Francisco bureau has been preoccupied lately with churning out a series of stories sourced from "leaked" internal Facebook documents exposing embarrassing internal reports on everything from Instagram’s deleterious impact on the mental health of its twentysomething and teenage users to political divisiveness to - today’s entry - how Facebook’s products are abused to facilitated human trafficking and terror recruitment in parts of the emerging world.

The gist of the piece is this: Facebook has a small staff dedicated to combating human trafficking around the world, particularly in countries where the rule of law isn’t as robust as it is in the US and Europe. In the Middle East, Facebook is used to lure women into sex slavery (or some other form of exploitative labor).

In Ethiopia, armed groups use the site to recruit and to incite violence against other ethnic minorities.

Facebook’s monitors have also sent reports to their bosses on everything from human organ trafficking, pornography and child pornography, and government’s cracking down on political dissent. 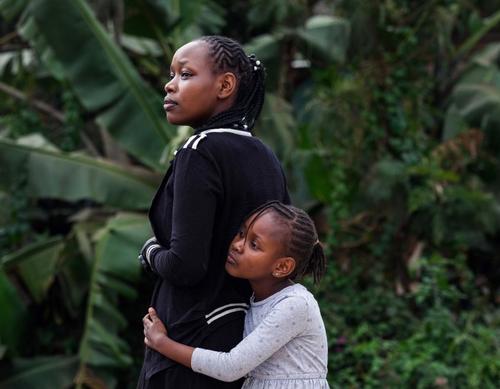 The documents leaked to WSJ show that while Facebook removes some pages, many continue to operate openly.

While some might sympathize with Facebook’s inability to whack every mole (after all, they’re fighting a never-ending torrent of misconduct). But the sad truth is that Facebook could do more to stop its platform from being abused by traffickers, criminals and abusers - particularly in the emerging world (we all remember what happened in Myanmar).

The reason it doesn’t is because that would be bad for business", according to a former chief executive who resigned from the company last year. Facebook treats harm in developing countries as "simply the cost of doing business" in those places, said Brian Boland, a former Facebook vice president who oversaw partnerships with internet providers in Africa and Asia before resigning at the end of last year.

Facebook has focused its safety efforts on wealthier markets (like the US) where powerful government and media institutions can help keep it accountable. But in smaller countries, Facebook answers many problems with a shrug.

"There is very rarely a significant, concerted effort to invest in fixing those areas," Boland said.

A Facebook spokesman responded to WSJ’s inquiry by describing Facebook’s efforts to police content in the emerging world. "In countries at risk for conflict and violence, we have a comprehensive strategy, including relying on global teams with native speakers covering over 50 languages, educational resources, and partnerships with local experts and third-party fact checkers to keep people safe," Facebook spokesman Andy Stone said this week.

Others say while this might be true, it’s not enough - and Facebook’s leadership knows it. One team, led by a former cop, uncovered how the New Jalisco Cartel in Mexico was using Facebook to recruit and train aspiring cartel hitmen.

On Jan. 13, nine days after employees circulated an internal report calling on Facebook to take down all pages publicly associated with the cartel, the first post appeared on a new CJNG Instagram account: it was a video of a person with a gold pistol shooting a young man in the head while blood spurts from his neck. The next post was a photo of a beaten man tied to a chair. The next one was a trash bag full of severed hands.

That page, along with other Instagram and Facebook pages advertising the cartel, remained active for at least five months before being taken down. Since then, new pages have appeared under the CJNG name featuring guns and beheadings.

In other instances, Facebook found that it simply didn’t have enough language specialists to monitor threats in certain emerging countries. One example was Ethiopia. Like years before in Myanmar, some Ethiopian users used Facebook to incite violence against the people of Tigray, attacks that have risen to the level of war crimes.

In what was perhaps one of the most shocking shortcomings, Facebook’s lack of Arabic-language experts allowed a scheme where "employment agencies" lured women from Kenya and other African nations to work as de facto slaves in the homes of wealthy Saudis. Most of these agencies advertised on Facebook to lure workers to an airport, where they would be confronted with a bait and switch, and told that, if they backed out now, they would be on the hook to repay the employment agency.