US Marine Who Sought Accountability From Military Leaders Over Afghanistan Withdrawal Is Jailed: Report

The U.S. Marine dismissed from command after criticizing senior military leadership on the handling of the U.S. troop withdrawal from Afghanistan is in the brig, according to reports.

“All our son did is ask the questions that everybody was asking themselves, but they were too scared to speak out loud,” Lt. Col. Stuart Scheller’s father, Stu Scheller Sr., told Task & Purpose.

“He was asking for accountability. In fact, I think he even asked for an apology that we made mistakes, but they couldn’t do that, which is mind-blowing.” 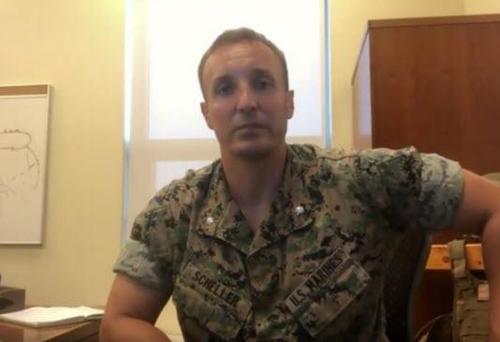 Scheller first published a video on his personal Facebook account on Aug. 26 criticizing the Afghanistan withdrawal, which drew backlash. Defending that video, he published a further clip saying he was calling for “accountability of my senior leaders” over “obvious mistakes that were made.”

“I’m not saying we can take back what has been done. All I asked for was accountability, for people to comment on what I said and to say, ‘Yes, mistakes were made.’ And had they done that I would have gone back into rank-and-file, submitted, and accomplished what I wanted,” Scheller said at the time, announcing that he was resigning his commission.

Scheller’s initial video was posted on the same day that 13 U.S. troops and more than 100 Afghans were killed in an attack outside Kabul’s international airport. The terrorist group ISIS-K, an ISIS affiliate, claimed responsibility for that attack.

“They had a gag order on him and asked him not to speak,” the elder Scheller said.

“He did, and they incarcerated him. They don’t know what to do with him.”

A spokesperson for Marine Corps Training and Education Command said in a statement that Scheller is “currently in pre-trial confinement” pending a preliminary hearing.

“The time, date, and location of the proceedings have not been determined. Lt. Col. Scheller will be afforded all due process,” the statement continued. 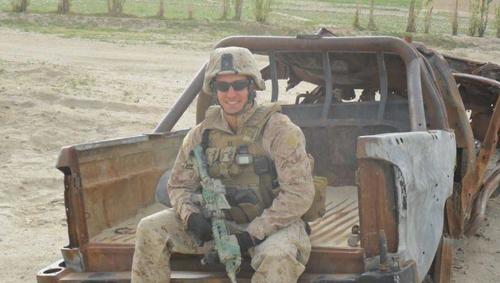 Scheller’s father defended his actions, arguing that he was only seeking “accountability” from military leaders.

“He’s asking for the same accountability that is expected of him and his men,” the elder Scheller said.

“I’ve had Vietnam veterans contacting me applauding him for his courage because they too want to know: was it all worth it?” he continued. “And by demanding accountability and honesty from his senior leaders, that’s all he was asking. And the way the Marine Corps has dealt with it: they have now put him in jail.”