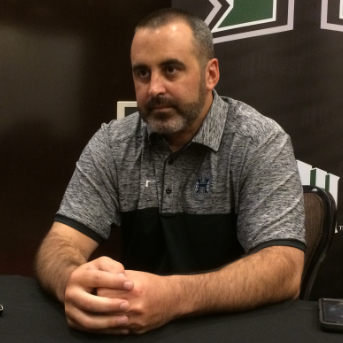 Washington State Football Coach Nick Rolovich has been fired for refusing to comply with the state’s vaccination mandate.

Rolovich entrenched himself as the only unvaccinated head coach in the Pac 12 conference this summer when had first announced that he would not be getting vaccinated by the state of Washington’s Oct. 18 deadline, mandated for all educational employees in the state.

The Cougars coach, who earned $3 million a year, had reportedly sought a religious exemption.

“This is a disheartening day for our football program. Our priority has been and will continue to be the health and well-being of the young men on our team,” said athletic director Pat Chun in a statement, obtained by CBS Sports.

“The leadership on our football team is filled with young men of character, selflessness and resiliency and we are confident these same attributes will help guide this program as we move forward.”