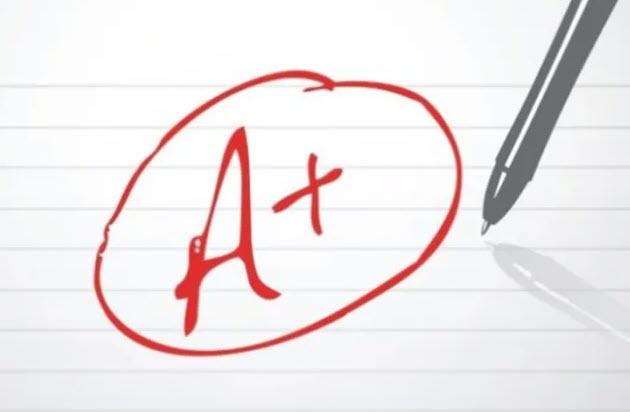 “White language supremacy in writing classrooms is due to the uneven and diverse linguistic legacies that everyone inherits, and the racialized white discourses that are used as standards, which give privilege to those students who embody those habits of white language already,” said Asao Inoue, professor of rhetoric and composition at Arizona State University.

Inoue said white supremacy culture “makes up the culture and normal practices of our classrooms and disciplines” in his online talk Thursday titled “The Possibilities of Antiracist Writing Assessment Ecologies.”

Inoue has emerged as one of the leading scholarly proponents within academia to denounce traditional spelling, grammar and punctuation grading norms as racist, and frequently gives talks to campuses to advance his argument.

Inoue has coined the term “Habits of White Language,” or HOWL, to describe the standard writing teachers use to grade students’ work.

To dismantle white supremacy in writing classrooms, Inoue suggested implementing labor-based grading because it “redistributes power in ways that allow for more diverse habits of language to circulate.”

The method involves assigning grades based on the “labor” students put into their assignments, rather than the grammar, style and quality of their work.

Students Have a Right to Their Own Language

Topping off the insanity, Inoue also promotes the idea Students Have a Right to Their Own Language

Promoting one version of English, regardless of where in society that version comes from, says that you want everyone in the classroom to think about, see, hear, experience, and articulate the world in the same ways.

And the difficulty for us teachers in all this is that from one perspective -- that is our white(ly) HOWLing perspective -- much of our students’ languaging is confusing, not precise, awkward, annoying, etc., while simultaneously being quite the opposite. We always teach paradox when we teach language.

How can that possibly work? For starters, how would anyone but the student know how much time was spent writing a paper?

And if everyone is entitled to their own language how could Inoue grade a paper written in Arabic or Chinese unless he was fluent in those and every other dialect on the planet?

Does this boil down to asking the students how long they spent writing a paper?

Then what happens in real life when someone demands to say "Are you how?" instead of "How are you?"

Person likely how is that hired be to? In case you did not understand what I asked, I meant to say "How likely is that person to be hired?"

Here’s another "Tell don’t dare what to do me you".  Clearly that’s worth an A+, especially if I could be consistent with my structure. Here’s the translation: Don’t you dare tell me what to do."

English isn’t white anymore than Chinese is yellow. Anyone suggesting the latter would hear instantaneous howls.

Instead, Inoue adopts racist "HOWLs" with an insane solution that openly encourages the right to bad grammar.

Inoue should be fired. Instead he tours the country making an English jackass out of himself with alleged solutions that are not only fatally flawed but obviously racist.

Today we can add the English Language is racist to the every-growing list of racist things like SAT scores, math, grades, and simply being white.

Meanwhile, Voters Send Messages to Democrats and Republicans: Is Anyone Listening?

The backlash in Virginia and the near miss in New Jersey were enormous warning signs that people are fed up with Woke madness.