OMICRON: A Perfectly Timed Variant to Scare the Unruly Back into Submission 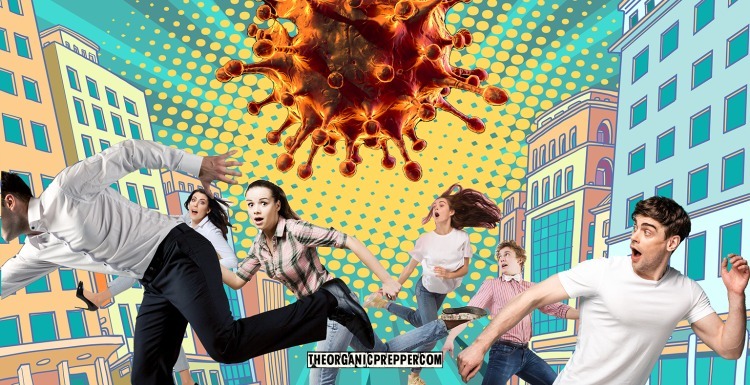 All around the world, people are getting fed up with draconian measures undertaken in the name of public safety. Although we’re not hearing much about it in the news here in the United States, hundreds of thousands of people – perhaps even millions – are protesting across the globe, even though those protests are putting their very lives at risk. Austria, the Netherlands, France, Italy, Croatia, and Australia all have hundreds of thousands of people rising up for freedom.

No, that’s not the new head of the Decepticons. It’s the new strain of Covid out of South Africa that is causing a hullabaloo. (Oh, and hat tip to my bestie for the Transformers reference.)

Some background on the pandemic

Throughout this entire pandemic, I’ve written from the heart, watched the patterns, and shared concerns when I thought warnings were in order. We published our first article about what would soon be known as Covid on Jan. 22, 2020. Every day after that for months I researched and wrote about the virus and the terrifying power grabs and brainwashing that came with it.

As a prepper, I take pandemics seriously. This is something I’ve prepped for over the course of many years. I wrote about my experience having Covid when I lived in Mexico. Unlike quite a few others in this industry, I have never denied that the virus exists or that it can be serious. Our family has lost two loved ones to the illness and I’ve lost two dear friends as well. I’m not a “Covid denier.” I recommended, during early phases, that people get prepared for the potential of what I assumed might be self-imposed lockdowns as we all watched and waited to see how things played out.

This enraged some readers, caused some to quit reading the website, and left others feeling more in control of their own situations. Everything I wrote was written using the information that I personally deemed credible that I had available at the time.

Then things got crazy.

As with anything, once the government steps in to “take control” of a situation, things go downhill like a silk sled on a greasy slide. We were forced to shut down for ‘just two weeks’ that ended up turning into months. It was a half-ass lockdown however, which made it utterly pointless. If you are trying to stop a communicable disease, your lockdown is a lockdown – completely. Nobody in or out.

If you’re trying to impoverish a nation and gain total control, a half-ass lockdown is just what the doctor (especially one who is going to profit from it) ordered. It allows the illness to spread widely unchecked and still overwhelms the medical facilities and other services it promises to protect, while utterly destroying the economy and the personal finances of the American people.

Then bring in the lies and division. Masks don’t work. Masks work. Everyone must wear a mask. Maybe you should wear two masks. If you don’t wear masks you hate old people. Repeat with the word “vaccine” instead of “mask.” Now, America is firmly split and instead of being a public health issue, it’s a political issue. Anyway. That’s not the point of this article. We all know what happened and most of us have less faith in government than ever before. (Go here to get a FREE Quickstart Guide to start starving the beast and freeing yourself today.)

In fact, there’s a new variant to the Covid virus in the news right now called Omicron.

But before we get too deeply into this variant, let’s remember another “terrifying” variant, Super Covid. Do you remember that? It was going to be the death of us all. The word “mutation” was bandied around the news like the virus had suddenly grown into the size of a German Shepherd and rose to walk around on two legs to get us.

Keep in mind I am not a virologist or a medical professional. And neither are the politicians taking advantage of this crisis, the folks pimping Big Pharma drugs, or the journalists writing breathless headlines. I’m just another writer out there reading stuff and trying to figure this out, the same as everyone else…

“Mutation” is a scary word. It brings to mind every sci-fi nightmare brought to life on the big screen of some lab-born creature that gets totally out of control. It makes you think of rats so big you could saddle them and ride them. Crazy, terrifying stuff.

But viruses mutate. It’s the nature of a virus.

To survive: unlike plants, animals and other organisms, the only way a virus can reproduce is through a host cell, which it does by attaching its surface proteins to the cell’s membrane and injecting its genetic material into the cell. This genetic material, either DNA or RNA, then carries with it the instructions to the cell’s machinery to make more viruses. These new viruses then leave the cell and spread to other parts of the host organism.

But host organisms are not passive observers to this process, and over time a human’s or pig’s immune system can learn from these encounters and develop strategies to prevent reinfection. The next time the same virus comes to a host cell, it may find that it is no longer able to attach to the cell’s surface membrane. So to survive, viruses must adapt or evolve, changing its surface proteins enough to trick the host cell into allowing it to attach. (source)

So while the headlines are scary – and meant to be – it’s perfectly natural that this virus has changed. (source)

And along came Omicron.

Just as people were beginning to stand up and fight back, to file suits, to take back control of their lives, finances, and businesses, along came a mutation from South Africa called Omicron, the one destined to scare us all back into submission.

The news right now is all about the Omicron variant of Covid. I hate to say it, but *yawn*. It’s “the worst” and “most deadly” and “most contagious” variant ever. Oh, and it’s “probably vaccine-resistant,” too.

Unfortunately for the media, Fauci, and those benefitting from lockdowns and vaccines, the scientist who identified the Omicron variant said, in fact, that it’s “extremely mild.”

Contrary to the panicmongering unleashed by western mainstream median, Barry Schoub, chairman of the Ministerial Advisory Committee on Vaccines, told Sky News on Sunday that while South Africa, which first identified the new variant, currently has 3,220 people with the coronavirus infection overall and while the variant does appear to be spreading rapidly, there’s been no real uptick in hospitalizations

“The cases that have occurred so far have all been mild cases, mild-to-moderate cases, and that’s a good sign,” said Schoub, adding that it was still early days and nothing was certain yet.

Most importantly, and running counter to the fearmongering narrative being pumped out 24/7 by the mainstream media, Schoub said that the large number of mutations found in the omicron variant appears to destabilize the virus, which might make it less “fit” than the dominant delta strain. (source)

Governments are losing all that delicious control they’ve grown so fond of, and they don’t like it. So watch what you actually see and pay less attention to the breathless news reports on this one. I’m very skeptical about it. And, remember, I am not a “Covid doesn’t exist person.” I’ve had it and it sucked. But this? I am thoroughly unconvinced that this is going to be the one that gets us all unless we roll up our sleeves yet again for the latest and greatest from Pfizer and friends.

Now, I could be wrong. This could end up being the most serious thing since smallpox or the Black Plague. I’m not suggesting you completely ignore it. Be watchful and if you think things look bad, take the appropriate steps – you’re a prepper, after all. But the information I have currently doesn’t indicate that this is the threat it’s being portrayed as in the media.

We’ll just have to see what happens.

Oh, and about the name “Omicron”

Incidentally, the World Health Organization skipped around some letters of the Greek alphabet to come up with Omicron.

The World Health Organization (WHO) has explained why it skipped the Greek letters “nu” and “xi” in naming the new COVID-19 variant Omicron.

“Two letters were skipped—Nu and Xi—because Nu is too easily confounded with ‘new’ and Xi was not used because it is a common surname and [the] WHO best practices for naming new diseases … suggest avoiding ‘causing offence to any cultural, social, national, regional, professional, or ethnic groups,’” the United Nations agency told The Epoch Times in a statement on Nov. 27.

Professor Jonathan Turley, a criminal attorney and professor at George Washington University, speculated that the WHO “is again avoiding any discomfort for the Chinese government” in skipping the “Xi” letter and naming it Omicron.

“The new variant was expected to be Nu but any additional variant would then be Xi, which happens to be the name of the Chinese leader,” he wrote on Twitter. (source)

Can we all just give it a rest and admit that China owns the WHO and get on with our pandemic, please?

What do you think about the Omicron variant?

Let us know what you think in the comments.

Daisy Luther is a coffee-swigging, adventure-seeking, globe-trotting blogger. She is the founder and publisher of three websites.  1) The Organic Prepper, which is about current events, preparedness, self-reliance, and the pursuit of liberty; 2)  The Frugalite, a website with thrifty tips and solutions to help people get a handle on their personal finances without feeling deprived; and 3) PreppersDailyNews.com, an aggregate site where you can find links to all the most important news for those who wish to be prepared. Her work is widely republished across alternative media and she has appeared in many interviews.

Daisy is the best-selling author of 5 traditionally published books, 12 self-published books, and runs a small digital publishing company with PDF guides, printables, and courses at Learn.TheOrganicPrepper.com You can find her on Facebook, Pinterest, Gab, MeWe, Parler, Instagram, and Twitter.