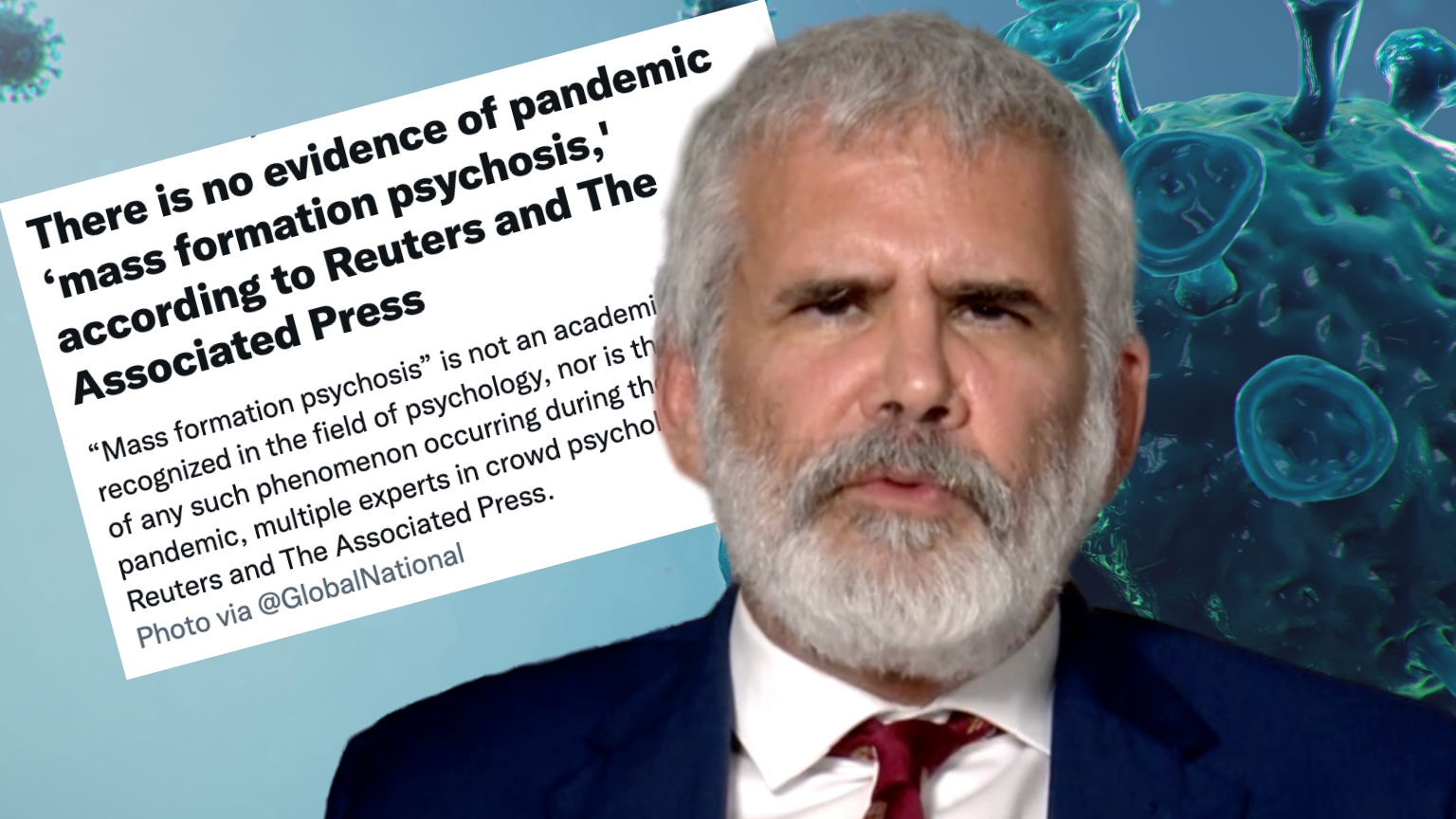 After permanently banning mRNA vaccine technology pioneer Dr. Robert Malone from its platform, Twitter is now promoting a “fact-check” that claims “mass formation psychosis,” a phrase Malone used during a recent appearance on The Joe Rogan Experience podcast, is “an unfounded theory.”

Malone used the phrase to describe how a “very intelligent, highly-educated population” in 1920s and 1930s Germany went “barking mad” and argued that the same phenomena is playing out amid the coronavirus pandemic.

He suggested that “when you have a society that is de-coupled from each other and has free-floating anxiety and a sense that things don’t make sense,” it can “become hypnotized” by a leader or series of events. Malone added that when a society is gripped with mass formation psychosis, it will follow leaders that promise to fix the problem and attack anyone who questions their narrative, even if the leader has lied.

Instead, this fact-check, which frames mass formation psychosis as “an unfounded theory” with “no evidence” has been amplified via Twitter’s sidebar and COVID-19 tab. 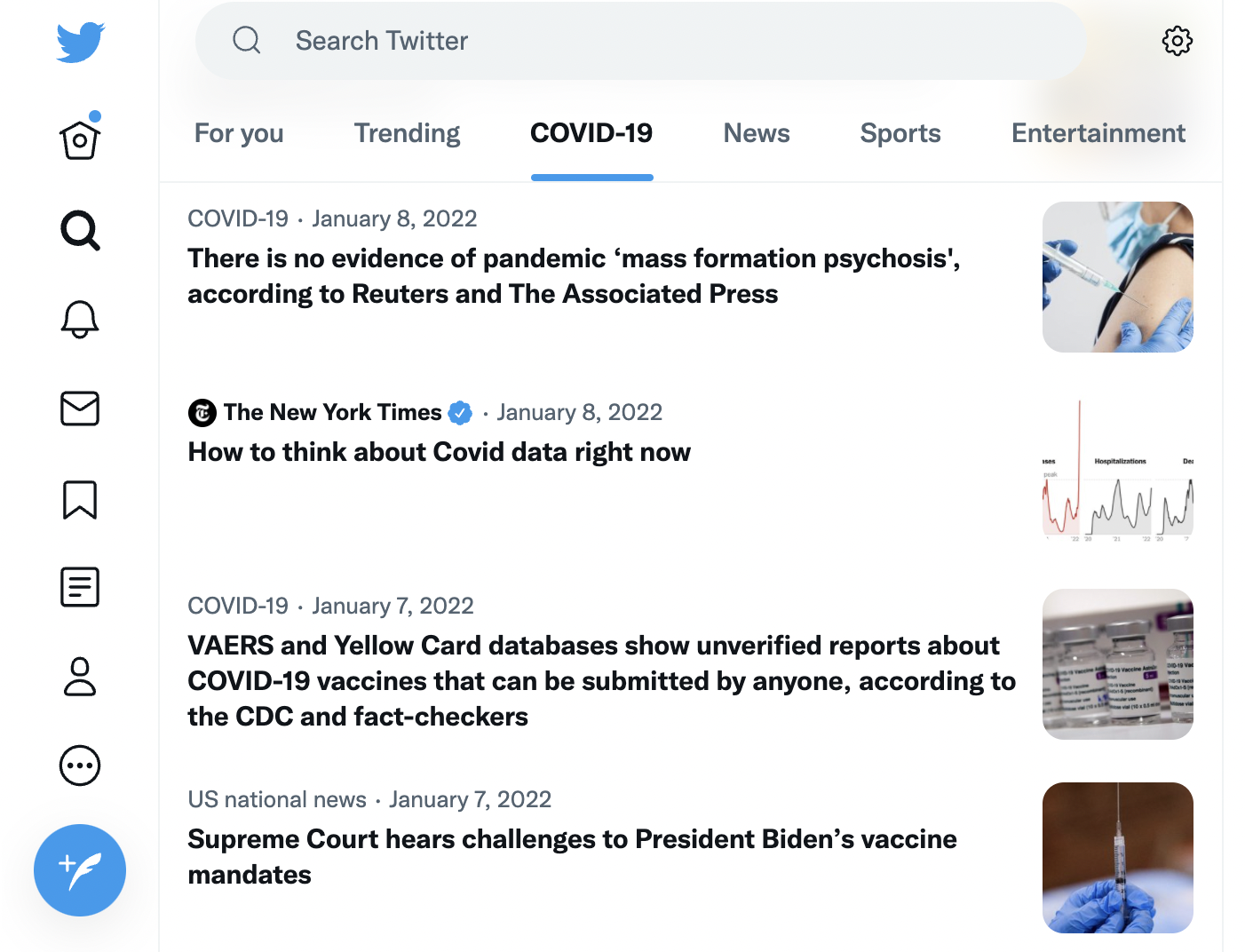 Additionally, one of the experts that’s quoted in this fact-check, psychology professor and author Jay Van Bavel, has contributed to a paper titled “Using social and behavioral science to support COVID-19 pandemic response” and called for using behavioral science during the pandemic to “nudge, encourage and cajole and motivate people to do the right thing.” 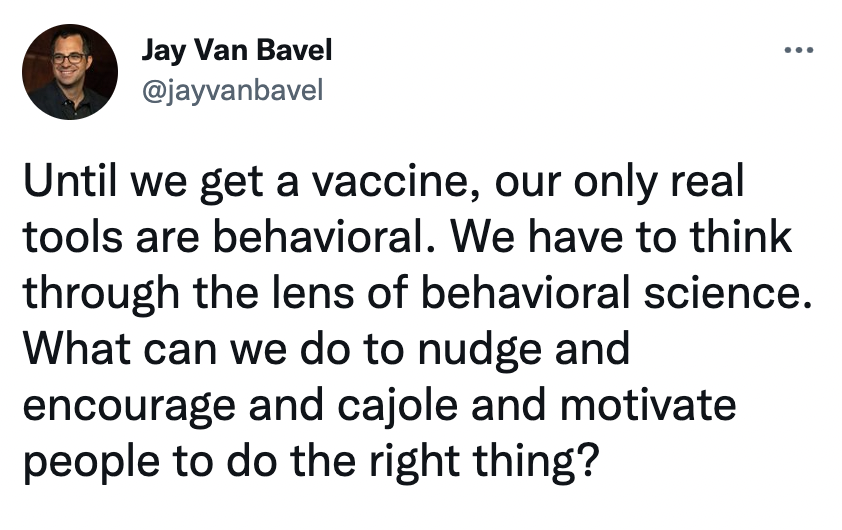 Despite his support for using behavioral science to “nudge” people into doing the “right thing,” Van Bavel claims in this fact-check that “there’s no evidence whatsoever” for Malone’s mass formation psychosis theory.

Many Twitter users highlighted the irony of quoting an expert who supports the use of behavioral nudges to manipulate people’s behavior in a fact-check that claims there’s “no evidence” of mass formation psychosis – a theory that suggests people can be hypnotized and led anywhere.

“Translation: The same ‘experts’/media who are credibly accused of creating/enabling the mass formation psychosis would like to assure us that no such reality exists…” Mediate Senior Columnist John Ziegler added.

One of the most high-profile examples of this is Big Tech’s response to the New York Post’s October 2020 story alleging that then-presidential candidate Joe Biden and his son Hunter Biden had engaged in a corruption scandal.

The story was published weeks before the 2020 US presidential election and swiftly censored by Facebook and Twitter. Facebook cited the story being “eligible to be fact-checked” as the reason for its censorship but after the story was validated, Facebook stayed silent and didn’t update its fact-check review.

While these fact-checks are often used by Big Tech platforms as the justification for censoring or disputing high-profile stories and statements, the fact-checkers have admitted that some of their high profile fact-checks have been wrong. Facebook has also argued in court filings that it’s not liable for false fact-checks that are used to censor because they’re “protected opinion.”