A War In Ukraine Is Tactics - Putin Does Strategy 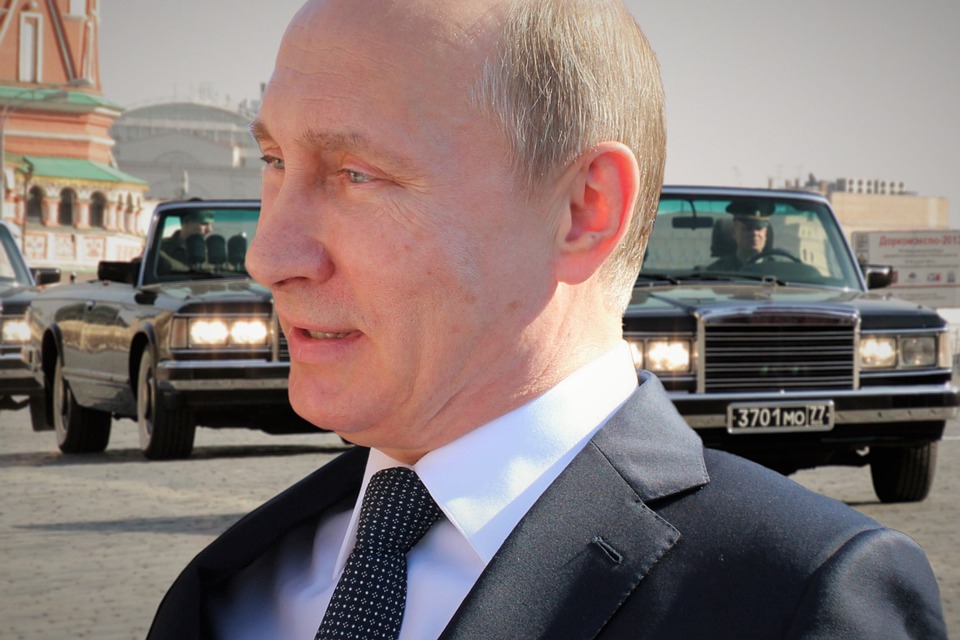 The 'western' media buildup for war in Ukraine was launched 63 days ago on November 22:

The U.S. has shared intelligence including maps with European allies that shows a buildup of Russian troops and artillery to prepare for a rapid, large-scale push into Ukraine from multiple locations if President Vladimir Putin decided to invade, according to people familiar with the conversations.

That intelligence has been conveyed to some NATO members over the past week to back up U.S. concerns about Putin’s possible intentions and an increasingly frantic diplomatic effort to deter him from any incursion, with European leaders engaging directly with the Russian president. The diplomacy is informed by an American assessment that Putin could be weighing an invasion early next year as his troops again mass near the border.

Nothing has happened since but there has been no letup:

The sheer size and scope of the Western information operations right now regarding Ukraine and Russia in my opinion dwarfs what was done in the lead up to the second invasion of Iraq.

Even in unimportant Australia, the commercial and public broadcasters feature daily stories about the plucky Ukrainians getting ready for an imminent Russian invasion and the print media feature think-pieces about Putin trying to recreate the glory days of Catherine the Great and a new Russian empire, etc. Then there are the stories of gallant NATO members rushing to assist little Ukraine. I am now completely unnerved by the scope and obvious imbalance of this coverage. The media is totally on board the war train.

Most of the propaganda is just crap. Today we hear about a recall of U.S. and British diplomat families from Kiev, additional weapon and money promises to Kiev, the repositioning of NATO forces and so on. None of this would have any effect in the case of war. But everything is done to keep this item at the top of the news. This is without doubt a CIA/MI6 run campaign.

There is only one thing missing and that is a Russian interest in invading the Ukraine.

Basically, the US has gained the high ground through sustained efforts through the past three decades since the Bill Clinton administration put into effect a concerted strategy in anticipation of a resurgent Russia in a matter of time. Now that the US has gained the upper hand, it is loathe to give it up.

From Washington’s viewpoint, this is a key template of the geopolitical struggle unfolding over the new world order after China’s rise and the shift in power dynamic from the West to the East. Cutting down Russia to size and to be able to intimidate it is a pre-requisite of the situation before the US tackles China comprehensively. Suffice to say, Ukraine has become a battleground where a titanic test of will is playing out.
...
The ultimate Russian objective will be a federated Ukraine through constitutional reform with the country’s sovereignty, national unity and territorial integrity intact while the regions enjoy autonomy. Europe may welcome this as the best way to stabilise the situation and remove the potential for future conflict.

Well, maybe. There are several threads on how such an invasion could plausibly proceed. No one doubts that Russia would win militarily.

Russia's aim is to change the aggressive position the U.S. and its NATO proxy are taking towards it.

Invading Ukraine would do the opposite. It would increase the number of troops in east European NATO countries and would have negative impacts on Russia's strategic position. Only the western military industrial media complex would profit from it.

I believe that the current 'western' media campaign is supposed to give cover for an Ukrainian campaign against the rebelling Donbas provinces.

❗️President Zelensky speaking to the Foreign Intelligence Service of Ukraine:

“We have learned to contain external threats. It is time we begin offensive actions aimed at securing our national interests. Our citizens are united in wanting their territory returned”

Russia must be pushed to either not intervene in the Ukrainian campaign or alternatively intervene with a huge invasion. Both would fit U.S. desires though the first is preferred. That is why the U.S. is threatening Russia with sanctions. (Sanctions that would drive oil above $100/b? Sanction which would hurt the European NATO countries and the U.S. stock market much more than Russia?)

Russia's President Vladimir Putin is a Judoka, not a boxer.

Should the Donbas get attacked Russia would certainly intervene but it can and likely would do so without an invasion. Artillery and maybe some air campaign would be sufficient to destroy the Ukrainian attackers.

The real picture is much bigger. Russia wants to compel the U.S. to agree to a non-aggressive posture in Europe. That requires a threat to the U.S. itself. Washington will only come to its senses when it feels that it is under a direct threat. A threat that is new and highly visible.

That is why I find this news item intriguing:

Vladimir Putin had a telephone conversation with President of the Republic of Cuba Miguel Diaz-Canel Bermudez.

The leaders had an in-depth exchange of opinions on bilateral cooperation in trade, the economy and investment. The President of Cuba thanked Russia for the humanitarian aid supplied to the republic, including in the context of countering COVID-19. The presidents discussed further coordination of Russia’s and Cuba’s actions in the international arena in line with the principles of strategic partnership and the traditions of friendship and mutual understanding.

Four days ago a similar call was held with the president of Venezuela:

The leaders reaffirmed their commitment to close coordination in international affairs in keeping with the principles of strategic partnership that underlie bilateral relations.

When Russia gave Washington two draft treaties it threatened 'military technical' steps that would follow should the U.S. reject Russia's demands. I believe that is code for the deployment of existing or new weapon systems.

During the cold war the stationing of Russian missiles in Cuba compelled the U.S. to pull back its missiles from Turkey and Italy. Nothing else had worked but the missiles on Cuba did it.

So why not learn from history and repeat such a step?