An 80,000-page cache of Pfizer-BioNTech COVID-19 vaccine documents released by the U.S. Food and Drug Administration sheds light on Pfizer’s extensive vaccine trials in Argentina, including the unusually large size of the trials and the story of a trial participant whose vaccine reaction was deleted. 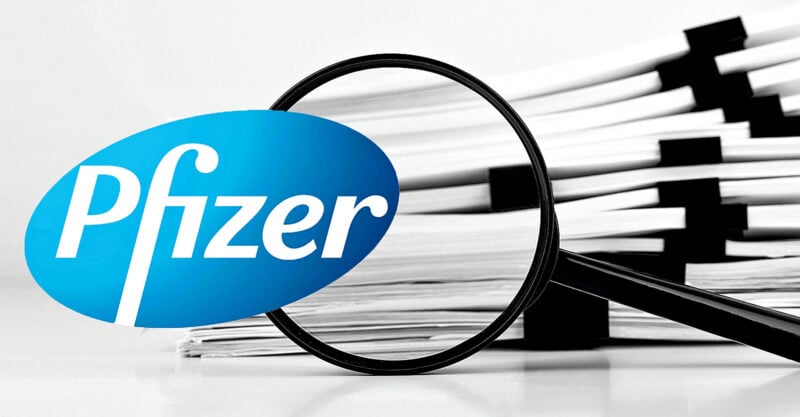 An 80,000-page cache of Pfizer-BioNTech COVID-19 vaccine documents released by the U.S. Food and Drug Administration (FDA) sheds light on Pfizer’s extensive vaccine trials in Argentina, including the unusually large size of the trials and the story of a trial participant whose vaccine reaction was “disappeared.”

The case of Augusto Roux in Argentina suggests that in at least one instance, a trial participant whose symptoms were determined to be connected to the COVID-19 vaccine was later listed, in official records, as having experienced adverse events that were not related to the vaccination.

Vaccine trials in Argentina also appear to have glossed over adverse events suffered by other trial participants, and the potential connection between the adverse events and the vaccine.

The FDA on May 2 released the latest cache of documents, which pertain to the Emergency Use Authorization of Pfizer’s vaccine, as part of a court-ordered disclosure schedule stemming from an expedited Freedom of Information Act request filed in August 2021.

As previously reported by The Defender, the documents included Case Report Forms from Pfizer COVID vaccine trials in the U.S., and the “third interim report” from BioNTech’s trials conducted in Germany, both of which listed adverse events sustained by participants in the U.S. and German trials.

Many of these adverse events were indicated as being “unrelated” to the vaccines — even in instances where the patients were healthy or otherwise had no prior medical history related to the injuries they sustained.

Several bloggers and online investigators called into question various aspects of the Argentine vaccine trials, pointing out the number of participants in the Argentine trials dwarfed that of other, typically smaller trials at other locations in different countries.

They also pointed out the large number of participants appeared to have been recruited to the trial in a remarkably short time, and questioned the connections between one of the key figures of the Argentine trial to vaccine manufacturers, Big Pharma and the Bill & Melinda Gates Foundation.

The large number of trial participants in Argentina may be related to the fact that the trial appears to have been held simultaneously in 26 hospitals.

Site 1231 refers to the main trial site location and 4444 (page 24) most likely refers to the disparate hospitals participating in the trial outside the main location.

“About 5,800 volunteers were enrolled, half getting the active vaccine. This is almost 4 times more than the next largest centre in this trial.

“Amazingly 467 doctors were almost instantly signed up and trained as assistant investigators in the study.”

In all, 4,501 patients participated in the Argentine trials, representing 10% of all Pfizer trial participants worldwide.

Complete information about adverse events during this extensive trial in Argentina does not appear to have been released as of this writing.

However, Roux’s experience has since become public.

Roux, often referred to as the “disappeared” patient, volunteered for the trial (volunteer number 12312982) and received his first dose of the Pfizer vaccine on Aug. 21, 2020.

According to Healy, Roux “felt pain and swelling in his arm right after the injection. Later that day he had nausea, difficulty swallowing, and felt hungover.”

After a series of symptoms, Roux — during a clinical trial visit on Aug. 23, 2020 — was classified as experiencing a “toxicity grade 1 adverse effect.”

He nevertheless received his second dose on Sept. 9, 2020.

“On the way home by taxi, he started feeling unwell. At 19:30, he was short of breath, had a burning pain in his chest and was extremely fatigued. He lay on his bed and fell asleep. He woke up at 21:00 with nausea and fever (38-39 C) and was unable to get out of bed due to the fatigue.

“Over the next two days, he reports a high fever (41 C) and feeling delirious.

“On September 11, he was able to get out of bed and go to the bathroom when he observed his urine to be dark (like Coca-Cola). He felt as if his heart expanded, had a sudden lack of breath and fell unconscious on the floor for approximately 3 hours.

“Once he recovered, he felt tired, was uncomfortable, had a high heart rate on minor movement, was dizzy when changing posture. He had a chest pain which radiated to his left arm and back.”

On Sept. 12, 2020, Roux was admitted to the Hospital Alemán, where he stayed for two days. It was initially believed he had COVID-19, but he tested negative for the virus. His symptoms also were found to not correspond with viral pneumonia.

After a series of X-rays, CT scans and urine tests, Roux was discharged Sept. 14, 2020, after being diagnosed with an adverse reaction — specifically, an unequivocal pericardial effusion — to the coronavirus vaccine (high probability), according to his discharge summary.

However, on Sept. 17, Dr. Fernando Polack, Pfizer’s lead investigator for the Argentine trials according to a Pfizer document released in December 2021, reported in Roux’s record that his “hospitalization was not related to the vaccine.”

Even after Roux’s discharge, his health difficulties continued. As reported by Healy:

Ultimately, Roux lost 14 kilograms (30.8 pounds) in a period of three to four months, and continued to suffer from fever and bouts of breathlessness for several months afterward.

Polack, who reported Roux’s hospitalization as unrelated to the vaccination, is known for his close ties with various vaccine manufacturers, pharmaceutical companies and the Bill & Melinda Gates Foundation.

For instance, he is listed as the lead author in a Dec. 31, 2020, New England Journal of Medicine (NEJM) article on the purported efficacy of the Pfizer COVID-19 vaccine.

According to Healy, Polack also appears to be the founder of iTRIALS, a trial site management company, and another organization located at the same physical headquarters, the Fundación INFANT.

“In May 2020 he speculated that this would make COVID like an ordinary cold, and the Gates Foundation would offer financial support. He used high-profile press conferences to disseminate his exciting message.”

The conclusion of the study published in the NEJM following the plasma study reads:

According to Healy, “[a] subsequent systematic review and meta-analysis failed to confirm these findings, noting ‘very serious imprecision concerns.’”

Healy pointed out that Polack, in his NEJM disclosure statement, did not indicate any conflict of interest or financial interest in the COVID-19 vaccine trials in Argentina, but:

“At least eight of these companies are engaged in RSV vaccine research in babies and pregnant women. Fernando has mentioned a combined RSV, flu and COVID vaccine.”

And, in relation to Polack’s relationship with the Bill & Melinda Gates Foundation, Healy reported:

“Gates sunk $82,553,834 into Novavax’s RSV vaccine ResVax which was shown to be ineffective in clinical trials in pregnant women.”

Polack’s own bio from a 2017 medical conference states “[h]is work is funded by the Bill & Melinda Gates Foundation, the National Institutes of Health [NIH], the Thrasher Research Fund, the Optimus Foundation and other international organizations.”

That same year, Polack testified at an FDA Vaccines and Related Biological Products Advisory Committee (VRBPAC) meeting, where he “acknowledged having financial interests in or professional relationships with some of the affected firms identified for this meeting, namely Janssen [producer of the Johnson & Johnson COVID vaccine], Novavax, and Bavarian Nordic.”

According to Dr. Joseph Mercola, Polack “also happens to be a consultant for the U.S. Food and Drug Administration’s Vaccines and Related Biological Products Advisory Committee (VRBPAC),” and “a current adjunct professor at Vanderbilt University in Tennessee.”

Michael Nevradakis, Ph.D., is an independent journalist and researcher based in Athens, Greece.