The personal information, including names and addresses, of concealed carry permit holders in California was exposed in a data breach of the state’s Justice Department, authorities have confirmed.

In a statement, the Fresno County Sheriff’s office said it learned of the data breach on Tuesday from the California State Sheriff’s Association. The breach occurred as the state’s DOJ was launching the 2022 Firearms Dashboard Portal.

“This public site allows access to certain information, however, personal information of Concealed Carry Weapon (CCW) permit holders is not supposed to be visible,” the agency said.

According to the sheriff’s office, some of the information exposed was names and age, address, type of license, and the Criminal Identification Index number.

The state’s DOJ has since removed the Firearms Dashboard Portal and links related to it.

The group Gun Owners of California have condemned state Attorney General Rob Bonta for allowing the sensitive data to leak.

“We believe that AG Rob Bonta is either massively incompetent, incredibly negligent, or willing to criminally leak information that he does not have the authority to leak,” the group’s executive director Sam Paredes told Fox.

“This is so egregious that he should resign. He has placed tens of thousands of abiding citizens in California in harms way. That is not excusable with an ‘I’m sorry.'” 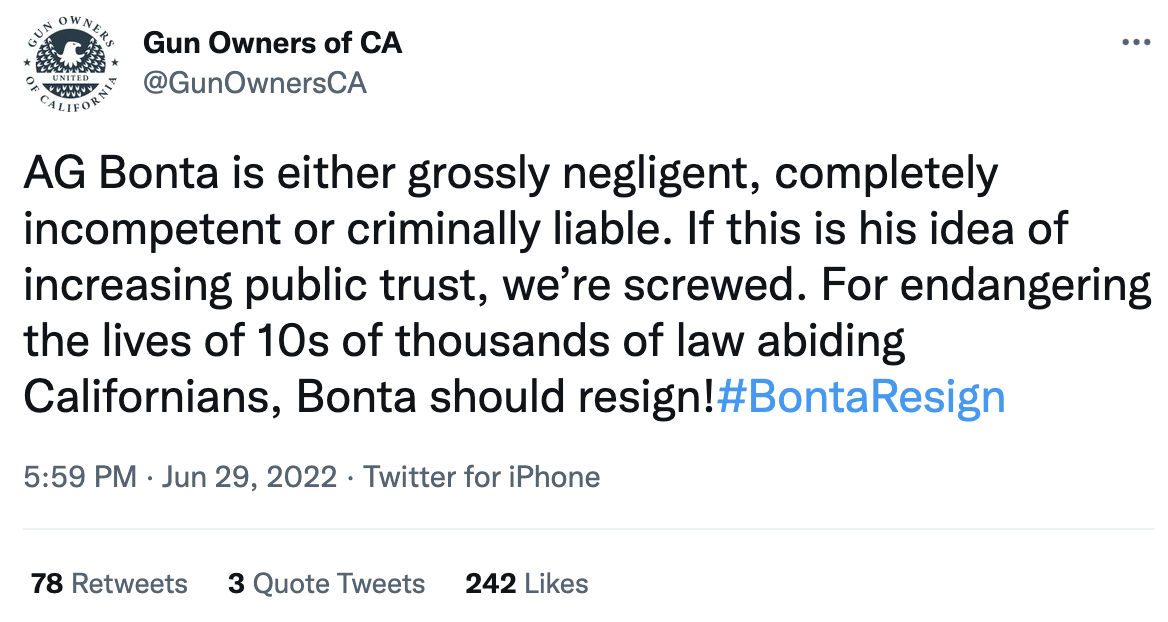 According to The Reload, the personal data was made openly available with a simple click of a button on the website.