Apple Demands Taiwan Suppliers Use 'Made In China’ Labels

Apple has notified suppliers that anything shipped from Taiwan needs to have a "Made in China" label in order to strictly comply with Chinese customs regulations, following a controversial visit to the island, Nikkei Asia reports. 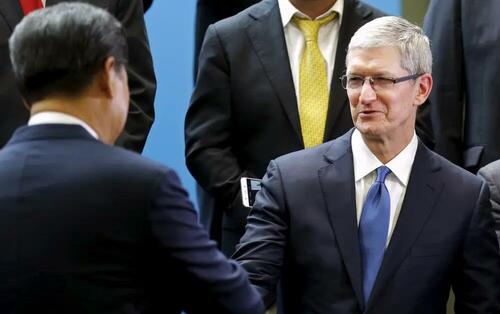 The regulation, which has been in effect for a while, has not been enforced. It requires shipments from Taiwan to reflect its status as part of the People’s Republic of China.

According to the report, Apple urged suppliers to take the matter seriously to avoid any delays due to goods being withheld by customs.

As Insider Paper notes, Apple’s decision has already been criticized for the company’s failure to allow suppliers who view Taiwan as an independent country to "opt out" of putting a 'Made in China’ label on their goods.

An organization called GreatFire, which works against Chinese online censorship shared its opinion.

It said that the move was a step ahead of Apple’s previous slight. Apple had removed the Taiwan flag from its emoji keyboards for users in Hong Kong and China.

“Is it a question of time before Apple starts removing apps whose name contains the characters [for] Taiwan without specifying ‘province of China?,” GreatFire asked.

“Unfortunately, we suspect that Apple’s ‘red-line’, the moment where it will say: ‘Stop, no longer, we cannot continue to collaborate with the Chinese regime and enforce its requests for censorship,’ is nowhere close,” Benjamin Ismail from GreatFire told the Register news site. -Insider Paper

Perhaps suppliers who run afoul of the requirement can hire John Cena to apologize?