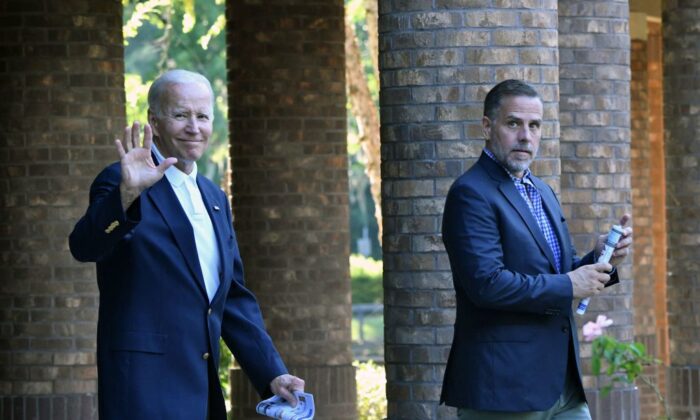 A whopping 79 percent of Americans suggest President Donald Trump likely would have won reelection if voters had known the truth about Hunter Biden’s laptop—that it was real and not “Russian disinformation,” as intelligence officials aligned with Joe Biden falsely led the public to believe, a new national poll reveals.The survey of 1,335 adults was conducted earlier this month by New Jersey-based Technometrica Institute of Policy and Politics. The vast majority of those following the issue said they believe that the laptop is real, while only 11 percent still believe it was created by Russia.The Washington Post and The New York Times recently confirmed that the laptop and contents found on it are, in fact, authentic, after initially pooh-poohing the idea the device belonged to the president’s son. In October 2020, the New York Post broke the story that Hunter Biden had abandoned the Apple computer at a Wilmington, Del., repair shop. The newspaper exposed emails from the hard drive indicating the Biden family may have participated in illicit business deals in Ukraine, China, and other countries. Social media censored the story, denying voters critical information on the eve of the election.Among those following the topic, almost three-quarters (74 percent) believe that the FBI and Intelligence Community deliberately misled the public—and voters—when they claimed the laptop was “disinformation” and part of a Kremlin plot to hurt Biden’s candidacy.On Oct. 19, 2020, more than 50 former U.S. intelligence officials, including CIA Director John Brennan, signed a public letter claiming the material published by the Post from Hunter’s hard drive “has all the classic earmarks of a Russian information operation,” although none of them had seen it. Joe Biden cited their letter in the presidential debates to deflect questions about the laptop.“Terming the laptop ‘disinformation’ by the FBI, Intelligence Community, Congress, and the Biden campaign, along with Big Tech, impacted voters,” said Technometrica President Raghavan Mayur, who’s been recognized as the most accurate pollster in recent presidential elections. “A significant majority—78 percent—believe that access to the correct information could have been critical to their decision at the polls.”In fact, 47 percent said that knowing before the election that the laptop contents were real and not “disinformation” would have changed their voting decision—including more than two-thirds (71 percent) of Democrats.