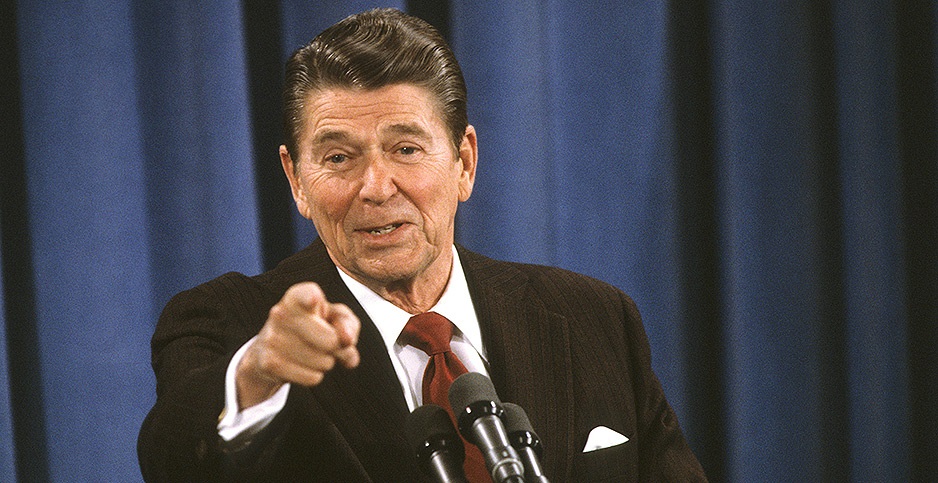 The below article is from 1994 and obviously speaks to the lengths that certain elements in Washington (during the Cold War – and now) would be willing to go to in order to achieve its political and economic ends in Russia.

In January 1982, President Ronald Reagan approved a CIA plan to sabotage the economy of the Soviet Union through covert transfers of technology that contained hidden malfunctions, including software that later triggered a huge explosion in a Siberian natural gas pipeline, according to a new memoir by a Reagan White House official.

Thomas C. Reed, a former Air Force secretary who was serving in the National Security Council at the time, describes the episode in “At the Abyss: An Insider’s History of the Cold War.” Reed writes that the pipeline explosion was just one example of “cold-eyed economic warfare” against the Soviet Union that the CIA carried out under Director William J. Casey during the final years of the Cold War.

At the time, the United States was attempting to block Western Europe from importing Soviet natural gas. There were also signs that the Soviets were trying to steal a wide variety of Western technology. Then, a KGB insider revealed the specific shopping list and the CIA slipped the flawed software to the Soviets in a way they would not detect it.

“In order to disrupt the Soviet gas supply, its hard currency earnings from the West, and the internal Russian economy, the pipeline software that was to run the pumps, turbines, and valves was programmed to go haywire, after a decent interval, to reset pump speeds and valve settings to produce pressures far beyond those acceptable to pipeline joints and welds,” Reed writes.

“The result was the most monumental non-nuclear explosion and fire ever seen from space,” he recalls, adding that U.S. satellites picked up the explosion. Reed said in an interview that the blast occurred in the summer of 1982.

“While there were no physical casualties from the pipeline explosion, there was significant damage to the Soviet economy,” he writes. “Its ultimate bankruptcy, not a bloody battle or nuclear exchange, is what brought the Cold War to an end. In time the Soviets came to understand that they had been stealing bogus technology, but now what were they to do? By implication, every cell of the Soviet leviathan might be infected. They had no way of knowing which equipment was sound, which was bogus. All was suspect, which was the intended endgame for the entire operation.”

Reed said he obtained CIA approval to publish details about the operation. The CIA learned of the full extent of the KGB’s pursuit of Western technology in an intelligence operation known as the Farewell Dossier.

Portions of the operation have been disclosed earlier, including in a 1996 paper in Studies in Intelligence, a CIA journal. The paper was written by Gus W. Weiss, an expert on technology and intelligence who was instrumental in devising the plan to send the flawed materials and served with Reed on the National Security Council. Weiss died Nov. 25 at 72.

According to the Weiss article and Reed’s book, the Soviet authorities in 1970 set up a new KGB section, known as Directorate T, to plumb Western research and development for badly needed technology. Directorate T’s operating arm to steal the technology was known as Line X. Its spies were often sprinkled throughout Soviet delegations to the United States; on one visit to a Boeing plant, “a Soviet guest applied adhesive to his shoes to obtain metal samples,” Weiss recalled in his article.

Then, at a July 1981 economic summit in Ottawa, President Francois Mitterrand of France told Reagan that French intelligence had obtained the services of an agent they dubbed “Farewell,” Col. Vladimir Vetrov, a 53-year-old engineer who was assigned to evaluate the intelligence collected by Directorate T.

Vetrov, who Weiss recalled had provided his services for ideological reasons, photographed and supplied 4,000 documents on the program. The documents revealed the names of more than 200 Line X officers around the world and showed how the Soviets were carrying out a broad-based effort to steal Western technology.

“Reagan expressed great interest in Mitterrand’s sensitive revelations and was grateful for his offer to make the material available to the U.S. administration,” Reed writes. The Farewell Dossier arrived at the CIA in August 1981. “It immediately caused a storm,” Reed says in the book. “The files were incredibly explicit. They set forth the extent of Soviet penetration into U.S. and other Western laboratories, factories and government agencies.”

“Reading the material caused my worst nightmares to come true,” Weiss recalled. The documents showed the Soviets had stolen valuable data on radar, computers, machine tools and semiconductors, he wrote. “Our science was supporting their national defense.”

The Farewell Dossier included a shopping list of future Soviet priorities. In January 1982, Weiss said he proposed to Casey a program to slip the Soviets technology that would work for a while, then fail. Reed said the CIA “would add ‘extra ingredients’ to the software and hardware on the KGB’s shopping list.”

“Reagan received the plan enthusiastically,” Reed writes. “Casey was given a go.” According to Weiss, “American industry helped in the preparation of items to be ‘marketed’ to Line X.” Some details about the flawed technology were reported in Aviation Week and Space Technology in 1986 and in a 1995 book by Peter Schweizer, “Victory: The Reagan Administration’s Secret Strategy that Hastened the Collapse of the Soviet Union.”

The sabotage of the gas pipeline has not been previously disclosed, and at the time was a closely guarded secret. When the pipeline exploded, Reed writes, the first reports caused concern in the U.S. military and at the White House. “NORAD feared a missile liftoff from a place where no rockets were known to be based,” he said, referring to North American Air Defense Command. “Or perhaps it was the detonation of a small nuclear device.” However, satellites did not pick up any telltale signs of a nuclear explosion.

“Before these conflicting indicators could turn into an international crisis,” he added, “Gus Weiss came down the hall to tell his fellow NSC staffers not to worry.”

The role that Reagan and the United States played in the collapse of the Soviet Union is still a matter of intense debate. Some argue that U.S. policy was the key factor – Reagan’s military buildup; the Strategic Defense Initiative, Reagan’s proposed missile defense system; confronting the Soviets in regional conflicts; and rapid advances in U.S. high technology. But others say that internal Soviet factors were more important, including economic decline and President Mikhail Gorbachev’s revolutionary policies of glasnost and perestroika.

Reed, who served in the National Security Council from January 1982 to June 1983, said the United States and its NATO allies later “rolled up the entire Line X collection network, both in the U.S. and overseas.” Weiss said “the heart of Soviet technology collection crumbled and would not recover.”

However, Vetrov’s espionage was discovered by the KGB, and he was executed in 1983. [TWP]