Even The Banksters Are Being Forced To Admit That The U.S. Economy Is Really Starting To Come Apart At The Seams 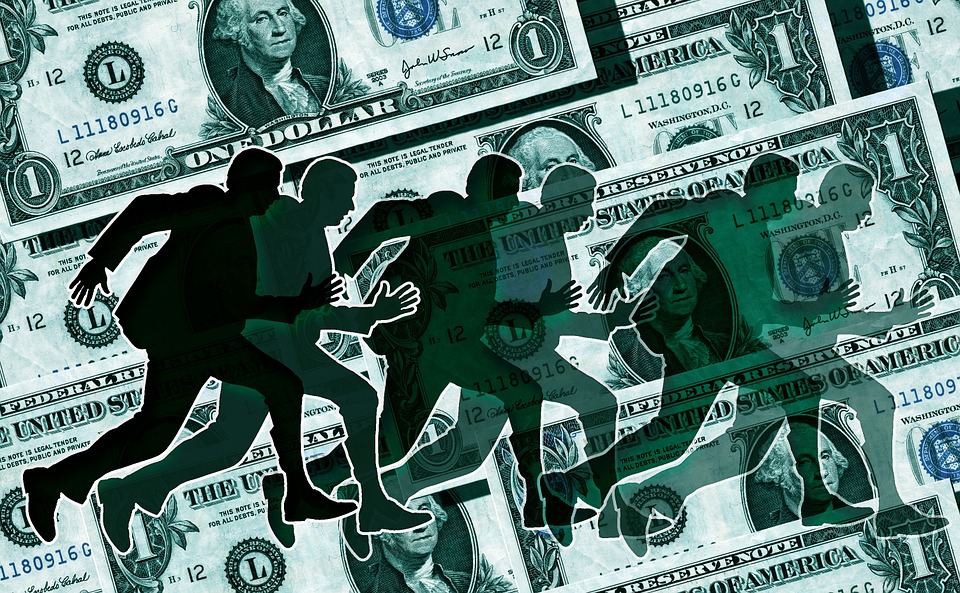 It’s wake up time. For months, there has been a tremendous amount of denial out there. So many of the “experts” assumed that the Federal Reserve and other central banks had everything under control and that things would “return to normal” before too long. But that hasn’t happened. Instead, the wheels seem to be coming off the bus and nobody seems to know what to do. The Fed appears to be determined to keep raising interest rates in a desperate attempt to fight inflation, and this has forced other central banks all over the globe to raise rates as well in order to keep their currencies from absolutely tanking. But all of these interest rate hikes are taking us into a major global economic downturn, and central bankers in Europe are literally screaming at the Fed to end the madness.

But the Fed is not going to end the madness, and so things are going to get really bad.

In fact, Bank of America is now projecting that the U.S. economy will lose 175,000 jobs a month during the first quarter of 2023…

As pressure from the Fed’s war on inflation builds, nonfarm payrolls will begin shrinking early next year, translating to a loss of about 175,000 jobs a month during the first quarter, the bank said. Charts published by Bank of America suggest job losses will continue through much of 2023.

“The premise is a harder landing rather than a softer one,” Michael Gapen, head of US economics at Bank of America, told CNN in a phone interview Monday.

In my opinion, if our job losses are that small during the first three months of next year I think that will be a huge win.

Another bankster, JPMorgan CEO Jamie Dimon, is also deeply concerned about the future of the U.S. economy…

“But you can’t talk about the economy without talking about stuff in the future – and this is serious stuff,” Dimon said, citing inflation, quantitative easing, and Russia’s war with Ukraine.

“These are very, very serious things which I think are likely to push the U.S. and the world – I mean, Europe is already in recession, and they’re likely to put the U.S. in some kind of recession six to nine months from now,” he said.

Actually, the U.S. economy is in a recession right now.

But I agree that things will soon get a whole lot worse.

At this point, even the most optimistic woman on Wall Street is warning of disaster.

Could it be that the unprecedented 13-fold increase in interest rates during the last six months––likely 16-fold come November 2––has shocked not just the US but the world and raised the risks of a deflationary bust?

The Fed giveth and the Fed taketh away.

Cathie should understand that very well by now.

She looked like a genius on the way up, but the ride down is going to be very painful for her and for everyone else that was swimming in piles of cash during the boom years.

Under normal conditions, I am sure that the Fed would love to ride to Wall Street’s rescue.

But that isn’t going to happen because Fed officials are scared to death of the inflation monster that they played a major role in creating.

All over America, consumers and businesses are being absolutely devastated by rapidly rising prices.

Inflation causing higher prices at the local bakery, explaining all of the price changes for his ingredients. pic.twitter.com/q51hDV1q3U

Until inflation is under control, the Fed is going to continue to raise rates.

So for now, stocks and bonds are just going to keep going lower and lower. On Monday, the Nasdaq actually hit the lowest level in two years…

Stocks closed lower on Monday with the Nasdaq Composite index falling to the lowest level in two years as tech shares continue to be the hardest hit in this bear market because of spiking interest rates.

The amount of financial wealth that has already been wiped out is truly frightening, but much worse could be on the horizon.

If stocks and bonds continue to plunge, eventually we will see forced selling by pensions and other large investors, and at that point we truly will be in the midst of a very bitter nightmare…

Indeed, pensions don’t even need to have a near-death experience like in the UK: if the value of underlying assets drops enough, the forced selling will begin sooner or later. And once the capitulation really kicks in – as even formerly bullish Goldman strategists warn – followed closely by mass layoffs, only then will we find just how determined Powell is to pull a Volcker 2.0 and blow up the US economy and markets before he is fired by the president as his parting gift for unleashing the worst recession since the global financial crisis.

I couldn’t have said it any better myself.

But at least we are still in better shape than Europe.

Yon said some people “talk about energy as if everything’s interchangeable, as if solar panels and windmills and nuclear plants can replace natural gas, which [they] simply cannot.”

He noted that of the 26 major plants in Europe that produce nitrogen-based fertilizers, all are either closed down or on the verge of closing.

“This will lead to famine. It’s just mathematics at this point,” he said.

The loss of the Nord Stream pipeline already has driven people in Germany and other European nations to cut down trees to heat their homes.

Personally, I believe that the winter that begins in 2023 will be much worse than this upcoming winter for Europe.

At least the Europeans had the luxury of storing up Russian natural gas ahead of time for this winter.

Next winter, they will not have that opportunity.

And that is when things will get really insane.

But what everyone should be able to agree on is the fact that we are heading into a truly historic crisis.

We will soon see things happen that once would have been unimaginable for most people.

I would very much much encourage you to do what you can to get prepared in advance, because the road ahead of us is going to be incredibly challenging.

***It is finally here! Michael’s new book entitled “7 Year Apocalypse” is now available in paperback and for the Kindle on Amazon.***

About the Author: My name is Michael and my brand new book entitled “7 Year Apocalypse” is now available on Amazon.com. In addition to my new book I have written five other books that are available on Amazon.com including “Lost Prophecies Of The Future Of America”, “The Beginning Of The End”, “Get Prepared Now”, and “Living A Life That Really Matters”. (#CommissionsEarned) When you purchase any of these books you help to support the work that I am doing, and one way that you can really help is by sending digital copies as gifts through Amazon to family and friends.