Nightmare On G20 Street: Biden Delivers US To A Chinese Social Credit System 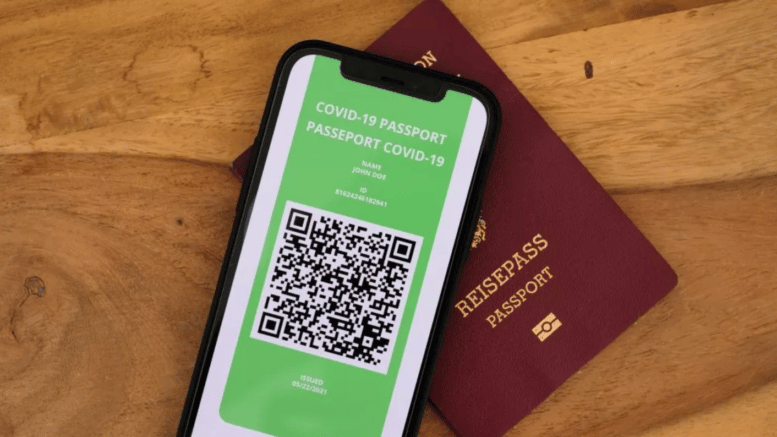 Biden’s handlers are bent on delivering the United States into the global Technocracy being formed by the United Nations, China, the World Economic Forum and events like the G20 meeting just held. The world is clamoring to implement digital health passports in conjunction with digital IDs, and Biden has completely caved in to global Technocrats. ⁃ TN Editor

“We support continued international dialogue and collaboration on the establishment of trusted global digital health networks as part of the efforts to strengthen prevention and response to future pandemics, that should capitalize and build on the success of the existing standards and digital COVID-19 certificates.

“We acknowledge the importance of shared technical standards and verification methods, under the framework of the IHR (2005), to facilitate seamless international travel, interoperability, and recognizing digital solutions and non-digital solutions, including proof of vaccinations.” (link)

Joe Biden recently attended the G20 summit in Indonesia. At that meeting, acting as President of the United States, he signed an agreement that includes the paragraph set out above. It pledges U.S. support for the development and implementation of a digital vaccine passport. What that means is that Biden, without any authorization from Congress, has in effect entered us into a treaty under which American citizens will ultimately not be able to travel anywhere without being able to show via some electronic system that they have had vaccines mandated by the government.

The implications of this are enormous and terrifying. To begin with, the President of the United States has no constitutional authority to enter us into treaties. That authority is expressly reserved to the U.S. Senate. As on so many other occasions since he sat down in the Oval Office Biden has acted in violation of the Constitution. The transition from a republic to an autocracy continues.

It is also worth noting that the clear intent of this agreement is to put in place an international order, which will transcend the power of the American government and the American people. The goal here is to empower some group of unelected international bureaucrats so that they can control the movements of American citizens anywhere on the globe. Since we live in a world in which the head of the World Health Organization is a Maoist terrorist who owes his allegiance to the Chinese Communist Party, that prospect ought to be a little unsettling for everyone.

Finally, though, we should consider the meat of the matter. Establishing a system under which you cannot travel without carrying a digital passport that “authorizes” you to do so is the beginning of a process that spells the end of personal liberty. It is the first step down the road to the establishment of a totalitarian regime on the model of the Communist Chinese.

Tucker nails it, linking this to CBDCs also.

“Vaccine mandates and vaccine passports are the beginning of a social credit system… we are heading into a new system, a tyrannical regime, of total surveillance and control… Europe in turning into China”…

China has in place what is known as a social credit system. What this means is that it tracks the behavior of its citizens electronically and evaluates what it terms “trustworthiness”. That boils down to a measure of the extent to which individual Chinese comply with the edicts of the CCP and conform to the standards of behavior the Party expects.

The Chinese social credit system tracks the behavior of its citizens electronically in real-time. It monitors your travel. It tracks your activity online. It records jaywalking, gossip, and comments from your neighbors. In fact, neighbors are rewarded for informing on each other.

The CCP knows where you go, what you do, and what you think. And, then it scores you based on your behavior. If you have a low score you can’t travel. You can’t get a job.

But of course, this would never happen here…pic.twitter.com/c0sKhYwdbq

Your whole life becomes condensed to the score you are given by the government. People with a low score may find they can’t even adopt a pet. The only way to avoid this fate is to behave precisely as the government wants you to behave.

I am sure it's nothing to be concerned about…

The key to establishing a system like this is to create the backbone, the infrastructure. Once you have in place a system, for example, which requires American citizens to show digital proof of vaccination status in order to travel, you have created just such a system. Additional requirements can be added relatively simply and implemented very quickly.

Then additional features will be rolled out. Perhaps a system of scoring individuals on the model of credit scores will be established. The same government that already collaborates with Big Tech to silence its critics will use identical mechanisms to grade your level of conformity. In this world “election deniers” and “conspiracy theorists” won’t be able to get work, rent an apartment or buy a car. They will be ostracized, punished, and ultimately perhaps “reeducated”.

All of this would once have been the stuff of dystopian science fiction. No more. We have just passed through a period in which without any significant action of any legislature American schools were shuttered, businesses were destroyed and churches were ordered closed. All of that happened because unelected bureaucrats and tyrannical executives decided it should.

Imagine how much more efficient the next “emergency” could be with digital passports in place. You may not have to simply imagine much longer. Biden just took the first step toward adopting a Chinese social credit system right here at home.