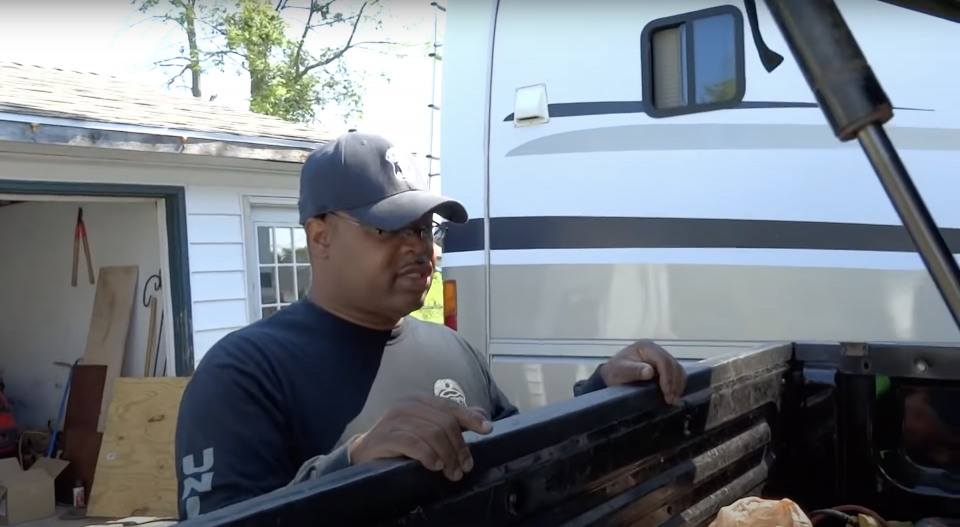 Of all the locations and all the possible victims…

Aaron Salter Jr. is the inventor of an electrolysis system with patent number 9,863,309:

A fuel system is provided for generating hydrogen and oxygen for use in an internal combustion engine to improve combustion efficiency of the engine and to decrease emissions from the engine. An illustrative embodiment of the fuel system has at least one electrolysis cell for generating hydrogen and oxygen through electrolysis of an aqueous solution, a power source for providing electrical power to the electrolysis cell, and a cooling system for maintaining the temperature of the electrolysis cell in a workable range. A key feature of the present disclosure is the utilization of sludge generated by electrolysis to improve fuel efficiency in engines. The present disclosure has a longer line between the engine and the cooler than related systems. It is estimated that the method of utilization of the sludge generated during electrolysis as a fuel increases the efficiency of energy production of electrolysis by approximately 60%.

Beyond his day job, however, Salter spent the past decade developing a car engine fueled on water.