Another way the government finds ways to alter online discourse. 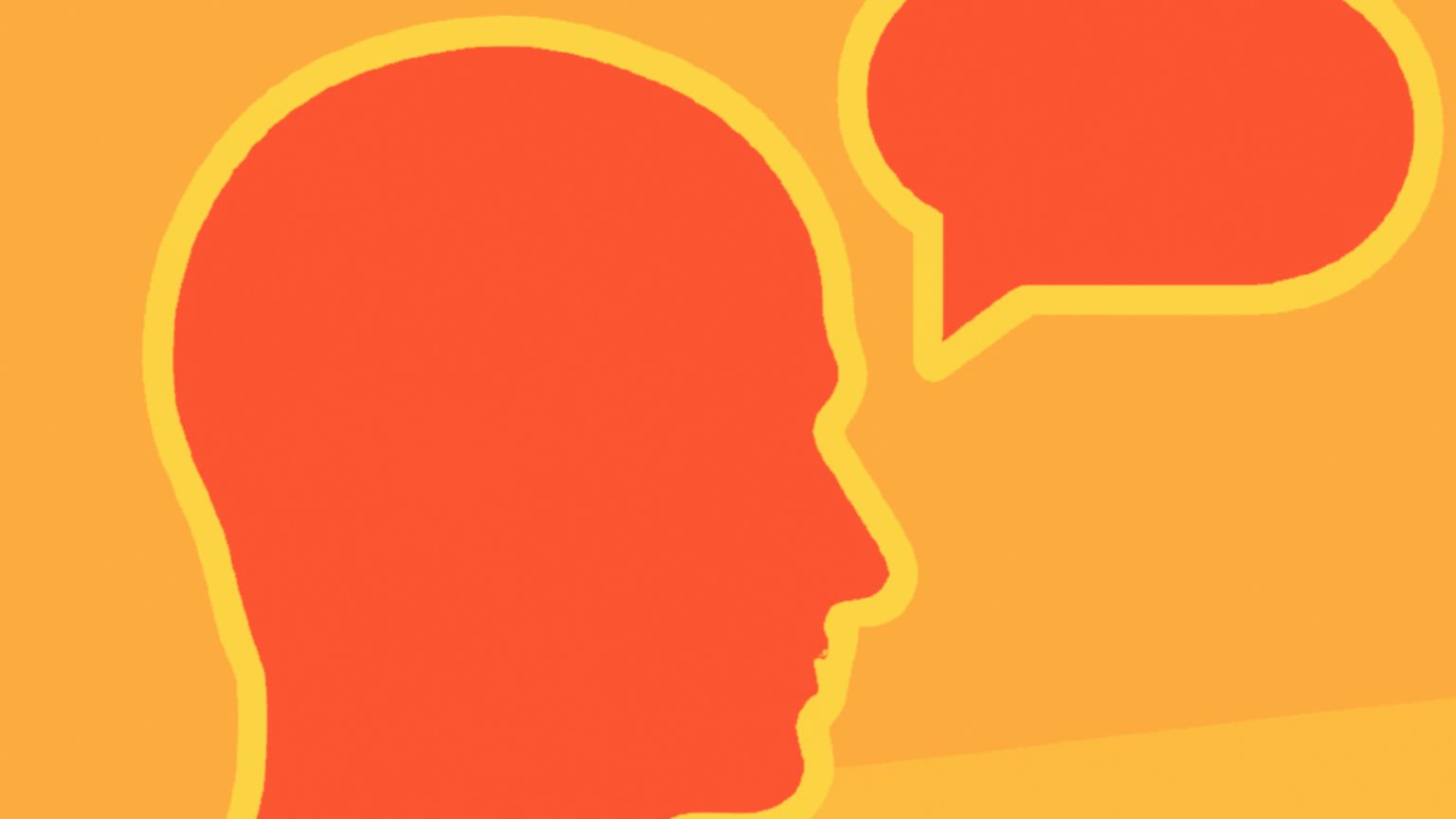 If you're tired of censorship, cancel culture, and the erosion of privacy and civil liberties subscribe to Reclaim The Net.

The US government is funding research on how to fight online “misinformation” by correcting “false beliefs.” The funding is in partnership with fact-checkers.

On July 7, 2021, the National Science Foundation (NSF) funded a project titled, “How False Beliefs Form and How to Correct Them.”

The NSF allocated $444,345 to Lisa Fazio, an Associate Professor of Psychology and Human Development at Vanderbilt University. Since then, the total amount granted to the researcher has reached $506,478, as was first surfaced by a War Room report. 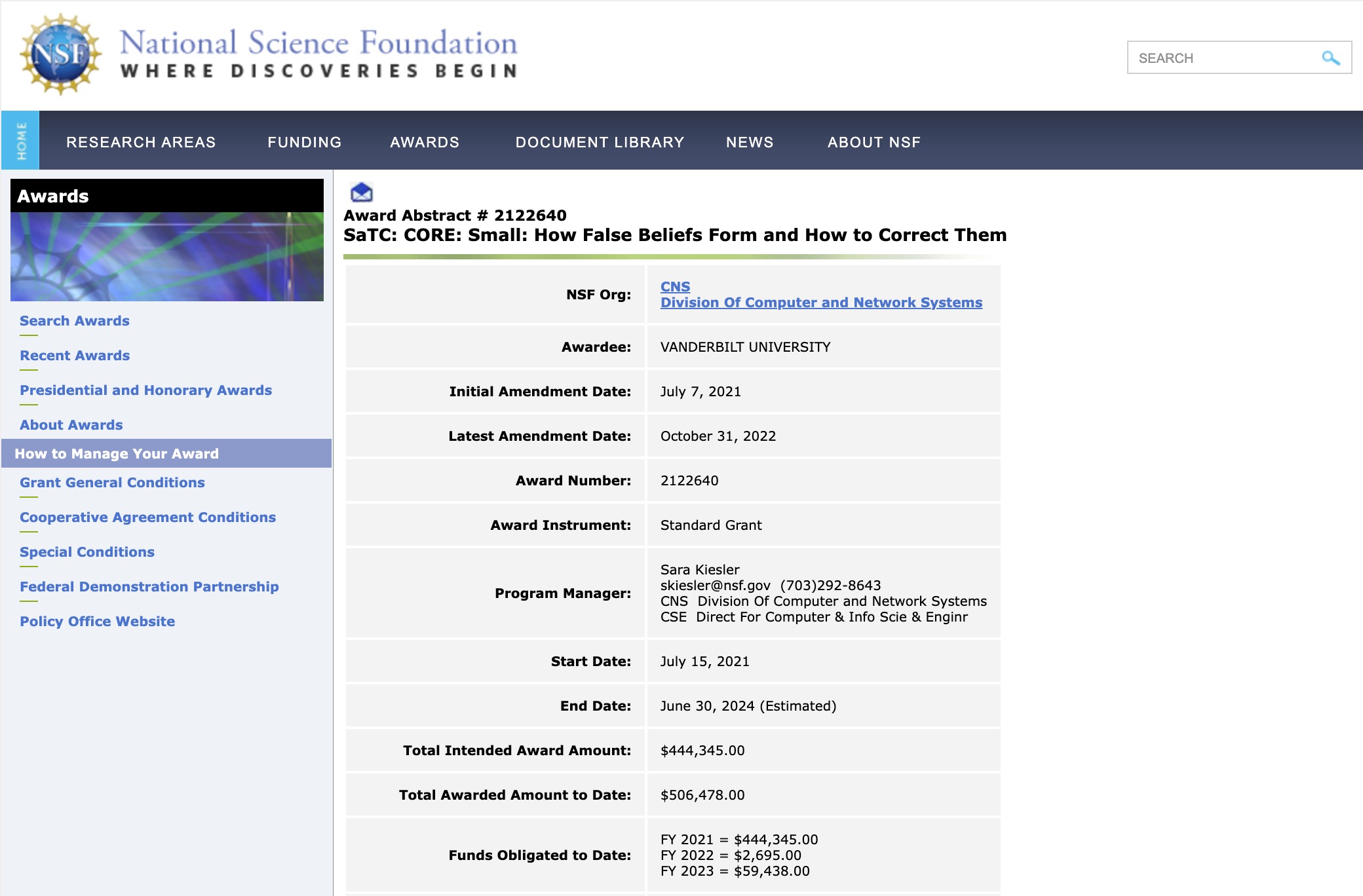 Published on NSF’s website is the grant’s purpose, which states: “There is currently an urgent need to understand the real-world effects of misinformation on people’s beliefs and how to best correct false beliefs.

“Through a series of laboratory and naturalistic experiments, the project team is examining the effects of repetition on belief in real-world settings and how to more effectively counteract misinformation.

“By examining these basic psychological processes in the primary domain within which they affect daily life – misinformation on social media – this work will have implications for real-world practices aimed at reducing the impact of misinformation.”

The idea is for the research to “inform real-world practices aimed at reducing the impact of misinformation.” The NSF claims that “fact-checking practitioners are consulted to help guide the research, and results will be discussed with them.” However, it does not name the fact-checkers, many of which have already built up notoriety for the often biased way they apply fact-checks.

Orwell’s explanation of mass-media deception is a brilliant assessment of how the ruling class changes the narrative to suit their needs, and without blinking an eye are able to deny what they have said and done. Orwell saw this manipulation of the truth before TV, the internet, social media, or professionally created government propaganda existed. In his day only newspapers, radio, and speeches existed to push deception upon the public.

If we are not free to think what we want, we do not have a free society. It really is that simple. Unfortunately, there is now an overwhelming consensus among elitists in the western world that radical measures must be instituted to control what people think. If you insist on being a rebel, there is a very good chance that you will be punished for holding unorthodox views. You won’t necessarily be put in prison, but our system has countless other ways that it can punish you. For example, those that insist on embracing unacceptable thoughts will find that their career choices are quite limited, and there are certain positions that they will be prohibited from ever holding under any circumstances. Not only that, but if your thoughts are offensive enough you may have a financial account suddenly shut down or credit denied for seemingly no reason. This sort of thing was unheard of a decade ago, but now it is happening all the time. Of course you can forget about having any sort of a substantial social media presence if your thoughts do not conform to current “societal norms”. Even the “free speech platforms” are banning and shadowbanning countless accounts every single day.

The First Amendment, as currently interpreted, lacks the strength to stop the censorship and other Stasi-esque goals of the deep state.

…if we were seriously concerned about our world, the gravest and longest-standing health crisis on the planet is the one that starves to death 100,000 people each day. No panic about that, of course.”

The federal government is funding research aimed at countering "populist narratives" about the COVID-19 pandemic, including vaccines, focusing on countries that had "populist leaders during the pandemic," including the United States, according to a report from War Room's Natalie Winters.

The FBI has issued a statement in response to the Elon Musk's release of THE TWITTER FILES, which boils down to 'Of course we've embedded ourselves in social media companies, and anyone who has a problem with it is a conspiracy theorist trying to tarnish our stellar reputation.'

Independent journalist Michael Shellenberger released a new batch of Twitter Files that showed how the FBI convinced Twitter that the Hunter Biden laptop story was misinformation.

The FBI handed nearly $3.5 million of taxpayers money to Twitter in order for the social media giant to continue to do its bidding.

Monday, December 5, 2022 - How Mainstream Media is Destroying the United States

It is becoming clear day by day why the mainstream media has been so against Elon Musk buying Twitter for as they say in law enforcement, there is a “Blue Code” where cops do not rat on cops and the same is true about judges. Mainstream media is so LEFT it has forgotten how to walk a straight line.  They are no longer the free press – they are propaganda organizations for the takeover of our country and in the process, they will cause civil war and the collapse of Western culture. The Biden Administration clearly violated the law by telling Twitter to delete photos of Hunter smoking crack cocaine which anyone else would be in prison.

Monday, December 5, 2022 - FBI Held 'Weekly Meetings' With Big Tech Ahead of 2020 Election, 'Sent Lists of URLs and Accounts' to be Censored

The FBI held "weekly meetings" with social media giants ahead of the 2020 election and sent in "lists of URLs and accounts" for them to take down in the name of fighting "foreign influence operations," an FBI agent revealed Tuesday while under oath.

A former Google executive will play a key role in developing new “online safety” rules in the United Kingdom (UK) as a new censorship and surveillance law is expected to come into force. Gill Whitehead, who was previously a member of Google’s UK Management Group and previously led Google’s consumer and market insights function across several continents, was appointed as the Group Director of Online Safety at the UK communications regulator, Office of Communications (Ofcom), yesterday.

The next dystopian idea, including proposals such as "pre-bunking."