The last three days of the Idleb campaign were quite eventful.

The Turkey supported Jihadis threw everything they had against Saraqib where the M4 and M5 highways join. This enabled the Syrian army to take some 40 towns and cities at the southern front. The whole Ghab plain is now in liberated and the frontline has been massively shortened. 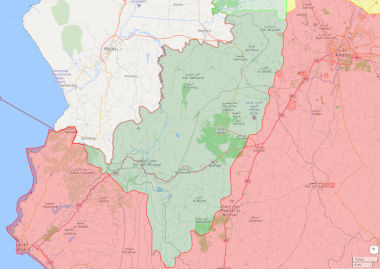 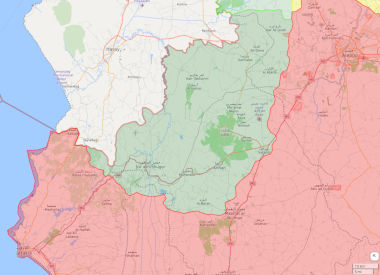 Saraqib fell to the Jihadis but they paid a very bloody price for it as the Syrian and Russian airforce continued to intensively bomb the approaches to the city. A new defensive line has now been established around Saraqib and the Syrian army is preparing to recover it.

To take the large area in the south in difficult terrain and against little resistance was more important than the temporary loss of Saraqib.

Yesterday saw a extraordinary escalation as the Russian airforce bombed a Turkish infantry battalion which went south of the M4 highway and came near to the southern frontline. Metin Gurcan deciphered the event:

What exactly transpired on Feb. 27? At around 5 p.m., a Turkish mechanized infantry battalion, comprised of about 400 soldiers, became the target of an airstrike on a road between al- Bara and Balyun, some 5 kilometers (3 miles) north of Kafr Nabl in southern Idlib. According to local sources contacted by Al-Monitor, two Russian Sukhoi Su-34 and two Syrian Su-22 fighter jets had launched intensive bombings of Turkey-backed Syrian National Army (SNA) targets in southern Idlib at around 11 a.m. that day. The same jets hit the Turkish convoy in coordinated action, the sources said. A first, a relatively lighter strike by the Su-22s forced the convoy to stop, after which the pounding intensified, forcing the soldiers to take shelter in several roadside buildings. What followed next was likely the dropping of KAB-1500L bombs — a variation of advanced laser-guided bunker buster bombs capable of penetrating to depths of up to 20 meters (65 feet) — by the Russian jets. Two of the buildings collapsed in the attack, leaving the Turkish soldiers under the rubble.

At least 35 Turkish soldiers, some say 55, were killed and some 60+ were wounded.

The incident was a signal to Turkey that its escapades have to end.

Turkey does not have permission to use drones within the Syrian airspace. On Wednesday Syria's air defense destroyed one of them.

To use manpads against Russian planes is an act of war. The Russian strike was a reminder to the Turks that it is quite able to wage one.

Russia denied that its planes had launched the attack and Turkey accused Syria of doing it. But these statements are designed to deescalate and to allow for continued peaceful relations between Russia and Turkey. Both sides know very well what really had happened.

There is still Erdogan's threat to launch a full sized attack on the Syrian army on March 1. He threatened to push it back to the old Sochi memorandum ceasefire lines. Russia has moved two frigates into the Mediterranean Sea which are armed with cruise missiles.These will be used if Turkey really attempts to implement its idiotic plan.

NATO and the U.S. have both rejected to get involved in the Idleb affair. Turkey is on its own and Erdogan will have to be careful. He is not only losing in Syria but also in Libya and he can not risk to further upset Russia because the Turkish economy depends on it.