The University of Cambridge has spoken out in support of one of its lecturers who was hit by a wave of abusive messages and death threats for tweeting 'White Lives Don't Matter'.

Dr Priyamvada Gopal, 51, who teaches in the Faculty of English at Churchill College, took to the social media platform on Tuesday evening to write: 'I'll say it again. White Lives Don't Matter. As white lives.'

However the controversial message, which has since been deleted by Twitter, was met with a barrage of outrage, with many people responding both publicly and privately with death threats and racist abuse.

A petition titled 'Fire Cambridge Professor for Racism’ was also launched on the petition site change.org on Wednesday demanding that Dr Gopal be fired by the university for the comment. 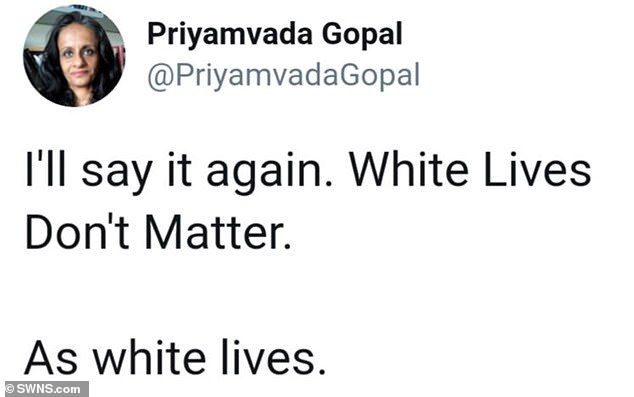