Judge David Bernhard is a jurist in Fairfax County (where I reside) has issued a controversial order that the portraits of white judges must be removed from a courtroom because their presence would deny a black defendant a fair trial. In a decision applauded in the Washington Post, Bernhard declared that a fair trial is threatened in “a courtroom gilded with … white individuals peering down on an African American defendant.”

The public defender filed a “Motion to Remove Portraiture Overwhelmingly Depicting White Jurists Hanging in Trial Courtroom.” The motion was not opposed by Fairfax County’s recently elected lead prosecutor Steve Descano, who the Washington Post covered as one of a number of liberal prosecutors recently elected around the country.

The low hanging fruit of overt racism is easily identified and picked off to strengthen the tree of society. The more conventional symbols which to some impart tradition, and to others subtle oppression, are less comfortably addressed. The ubiquitous portraits of white judges are such symbols. When they were hung in the more recent past, negative connotations thereof were not a consideration. To the public at large making use of the courthouse, other than some attorneys who might have appeared before the judges portrayed, there is no context to learn about who is depicted. The portraits in sum, are of benefit to only a few insiders who might fondly remember appearing before a particular judge or to a retired judge’s family making to rare visit to the courthouse. To the public seeking justice inside the courtrooms, thus, the sea of portraits of white judges can at best yield indifference, and at worst, logically a lack of confidence that the judiciary is there to preside equally no matter the race of the participants.

We have previously discussed the removal of academic portraits and even pictures of leading writers like Shakespeare under analogous rationales.

Judge Bernhard should be credited for seeking to address concerns over racial justice and inequality. However, I disagree with this decision as I have with the removal of academic portraits. We are thankfully achieving greater diversity on our courts and on our faculties.  That is being reflected in such honorary portraits. Yet, the removal of portraits not because of their records but their race is troubling.

I certainly agree that in the case of Commonwealth v. Shipp, “The Defendant’s constitutional right to a fair jury trial stands paramount.”  The problem is Bernhard’s juxtapositioning of a fair trial with “the countervailing interest of adorning courtrooms with portraits that honor past jurists” who are “overwhelmingly … white individuals.”  I do not agree that the mere fact that the portraits feature white jurists constitutes a message that black people are “of lesser standing.” 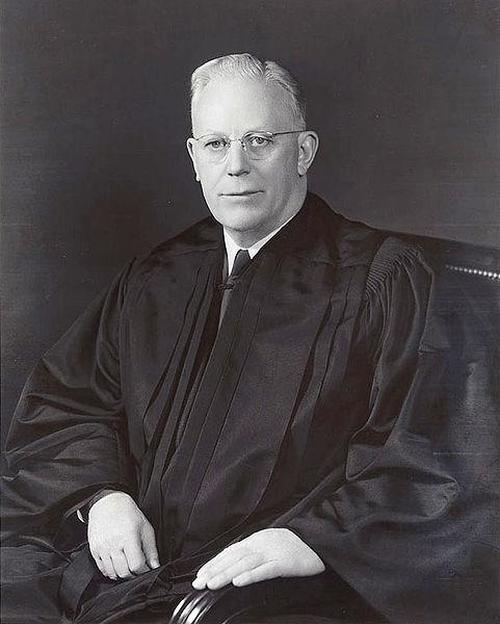 The irony is crushing. Warren wrote that:

“To separate [black children] from others of similar age and qualifications solely because of their race generates a feeling of inferiority as to their status in the community that may affect their hearts and minds in a way unlikely to ever be undone.”

Yet, under Judge Bernhard’s approach, Warren’s portrait would have to be removed because his image would create that same “feeling of inferiority” because he happened to be white.

While Judge Bernhard refers to the portraits as “ornaments,” it is the use of race-based criteria for their removal that is so troubling and, in my view, misguided.