Where is Jack Ma? Alibaba founder mysteriously vanishes from his own reality show after slamming Chinese govt 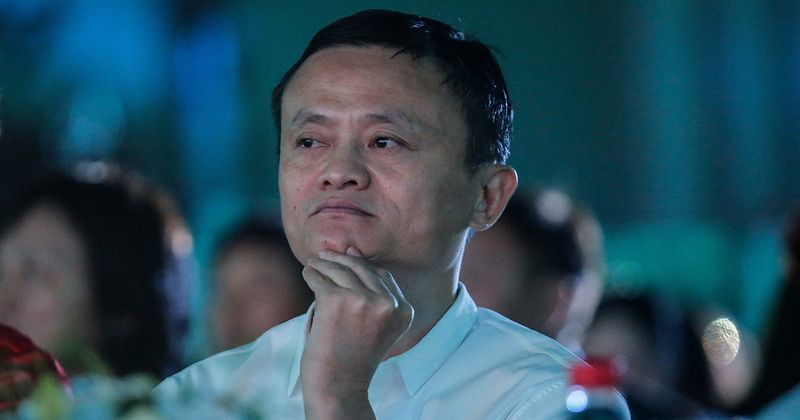 Following his brave criticism of the China regime, billionaire tech tycoon and Alibaba founder Jack Ma seems to have mysteriously disappeared from his own reality show. Ma, 56, who is reported to have an estimated net worth of $48.2 billion, has not been seen in public since late October 2019, say reports. The former English teacher was also dropped as a judge on the final of 'Africa’s Business Heroes,' which is a 'Dragons' Den'-style TV contest for budding entrepreneurs. Ma's photograph was removed from the judging panel's webpage. He was also unceremoniously left out of a promotional video. Interestingly, the show in question is Ma's own foundation's flagship philanthropic entrepreneur program.

A spokesperson for Alibaba said: “Due to a schedule conflict, Mr Ma could no longer be part of the finale judge panel of 'Africa’s Business Heroes'.” The finale took place without him, just weeks after he criticized regulators and state-owned banks at a financial technology conference in October. In November 2019, Ma had tweeted that he 'couldn’t wait’ to meet the contestants. Since then, there has been no activity on the father-of-three’s Twitter account although he used to be a regular on the social media platform.

Last month the authorities suddenly announced an anti-monopoly investigation into his company, which was once dubbed Asia's Amazon and was once a favorite of the communist regime. Jack is one of China’s wealthiest men and is known for his work with the United Nations and multiple global charities. During the ongoing coronavirus pandemic, he donated tens of millions of face masks across the world.

Ma has increasingly clashed with the regime in recent times over his preferences towards a more open and market-driven economy. He had previously been a leading light of China’s unique approach to generating wealth within a tightly-controlled communist framework. Jack commanded near rock-star status in China and even played an unconquerable kung fu master in a star-studded 2017 film. He has also donated 2,000 ventilators to New York.

Back in March 2019, he drew flak for endorsing the controversial 12-hour work culture saying that the employees who worked longer hours would get "rewards of their hard work." According to CNN, Jack on social media spoke in support of the Chinese work practice known as "996," which refers to working from 9 am to 9 pm six days a week and is said to be common among the country's big technology companies and start-ups.

According to Daily Mail, there is no suggestion so far that he has come to physical harm. However, it is well-known that China has a no-nonsense approach to dealing with those that speak out against the regime. In March 2019, property tycoon Ren Zhiqiang disappeared after he called the Chinese President Xi Jinping a ''clown'' for his handling of the coronavirus crisis. Friends of the missing businessman say he was later sentenced to 18 years in prison after he apparently "voluntarily confessed" to various crimes of corruption.

Another example was of Xian Jianhua, a billionaire financier, who was snatched from a Hong Kong hotel in 2017 and taken to the mainland. He is said to be under house arrest even more than three years later. There hasn't been any official word of his location.