US 'Airstrike Diplomacy' Continues in Syria-Iraq

On June 27, 2021 the US carried out additional strikes against targets along the Syrian-Iraqi border. The attacks were condemned by both the Syrian and Iraqi governments and represent not only a dangerous escalation by American military aggression in the region, but the continuation of US aggression in the Middle East spanning two decades regardless of who occupies the White House or Congress. 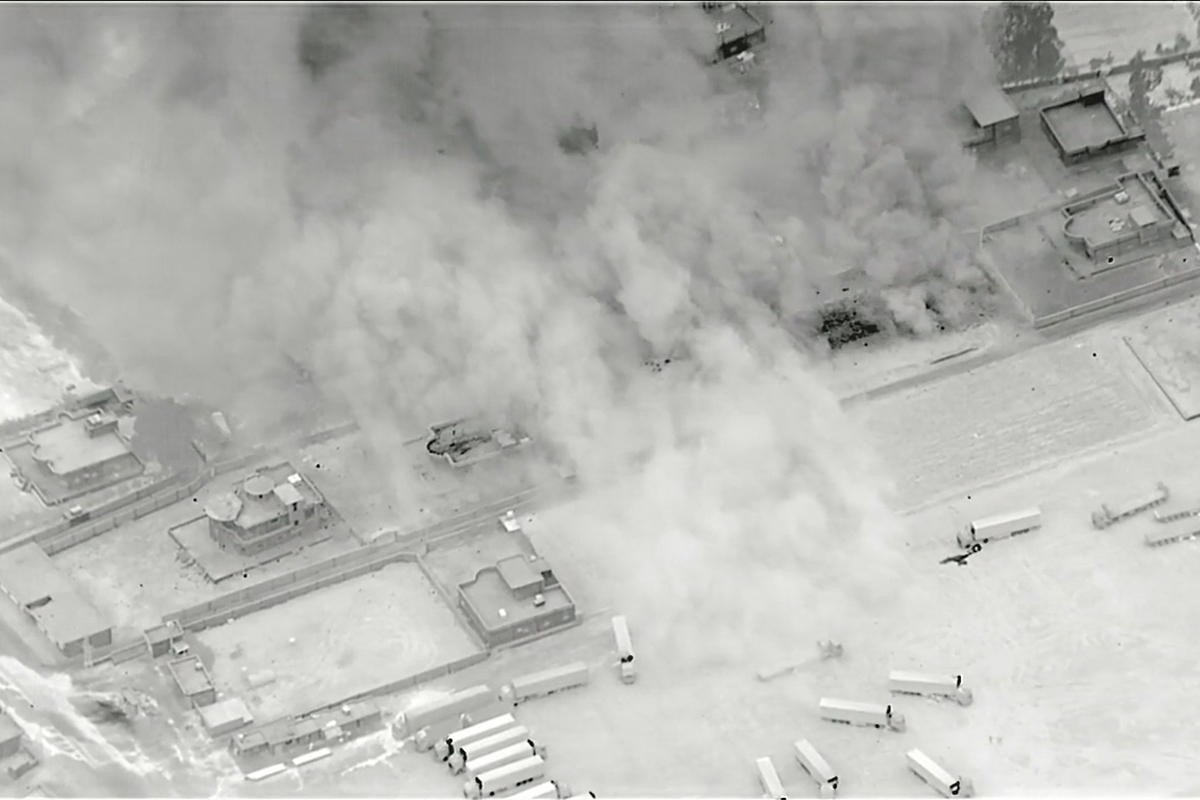 A US Department of Defense statement dated June 27, 2021 regarding the US strikes would claim:

The statement would also claim:

We are in Iraq at the invitation of the Government of Iraq for the sole purpose of assisting the Iraqi Security Forces in their efforts to defeat ISIS.

As a matter of international law, the United States acted pursuant to its right of self-defense. The strikes were both necessary to address the threat and appropriately limited in scope. As a matter of domestic law, the President took this action pursuant to his Article II authority to protect U.S. personnel in Iraq.

While "assisting Iraqi Security Forces in their efforts to defeat ISIS" is the official excuse for US forces remaining in Iraq - the truth is that US forces have occupied Iraq illegally since the US-led invasion in 2003 which was deemed very much illegal by the UN.

The United Nations secretary general, Kofi Annan, declared explicitly for the first time last night that the US-led war on Iraq was illegal.

Mr Annan said that the invasion was not sanctioned by the UN security council or in accordance with the UN's founding charter.

And despite claims that the US is in Iraq “at the invitation of the Government of Iraq” in a bid to justify its military aggression, the government of Iraq itself has unequivocally condemned the US strikes as a violation of the nation’s sovereignty.

The Iraqi government on Monday condemned U.S. airstrikes on Iranian-backed militias near the Iraqi-Syrian border, and one of the targeted paramilitary groups vowed “open war” against American interests in Iraq.

The New York Times also notes that the militias targeted by the US and characterized as “Iranian-backed” are actually “on the [Iraqi] government payroll.”

General Suleimani was also in Iraq at the invitation of the Iraqi government when the US carried out air strikes to assassinate the Iranian military commander.

Washington’s claims of maintaining its military occupation of Iraq to “assist” in defeating ISIS is contradicted by its campaign of violence against Iraq’s Iranian allies who are likewise assisting in the defeat of extremist forces - not only in Iraq - but also in neighboring Syria.

Unlike the US, however, Iran is not allied with ISIS’ key state sponsors. In 2016, then US Secretary of State Hillary Clinton in a leaked e-mail would mention key US allies - Saudi Arabia and Qatar - by name as providing “clandestine financial and logistical support” to ISIS and “other radical Sunni groups in the region.”

Of course, the US itself was also funding, arming, training, and otherwise equipping extremist groups fighting alongside Al Qaeda and ISIS.

An August 2017 New York Times article titled, “Behind the Sudden Death of a $1 Billion Secret C.I.A. War in Syria,” would mention reports that:

...some of the C.I.A.-supplied weapons had ended up in the hands of a rebel group tied to Al Qaeda further sapped political support for the program.

The answer is that there never were any moderate rebels to begin with. The US set out arming extremist forces deliberately as part of its proxy war against Damascus.

As early as 2007, journalists like Seymour Hersh in his article, “The Redirection: Is the Administration’s new policy benefitting our enemies in the war on terrorism?,” would expose Washington’s preparations to do exactly that, warning (emphasis added):

To undermine Iran, which is predominantly Shiite, the Bush Administration has decided, in effect, to reconfigure its priorities in the Middle East. In Lebanon, the Administration has coöperated with Saudi Arabia’s government, which is Sunni, in clandestine operations that are intended to weaken Hezbollah, the Shiite organization that is backed by Iran. The U.S. has also taken part in clandestine operations aimed at Iran and its ally Syria. A by-product of these activities has been the bolstering of Sunni extremist groups that espouse a militant vision of Islam and are hostile to America and sympathetic to Al Qaeda.

Thus it is clear that not only did the United States give rise to Al Qaeda and ISIS across the region  and specifically in Syria and Iraq, it did so deliberately. It is using the threat of extremism it and its regional allies sponsored to begin with as a pretext to remain in the region militarily and as a smokescreen behind which it is carrying out an escalating campaign of aggression against Iraq and Syria’s allies who actually aided in Al Qaeda and ISIS’ defeat.

The US attempts to cite international and US domestic laws in a bid to depict its ongoing aggression as “self-defense” regarding US forces stationed thousands of miles from American shores and who are in the Middle East as a direct result of an illegal war of aggression predicated two decades ago on deliberately fabricated accusations of “weapons of mass destruction” Washington claimed the Iraqi government possessed at the time.

This ongoing US aggression along the Iraqi-Syrian border is a dangerous illustration of how despite claiming US forces are essential for stability and security in the region, the US is in fact the primary driving force of instability and a constant threat to security across the Middle East. It also illustrates how much more work Syria, Iraq, and their actual allies have ahead of them in both eliminating extremists the US simultaneously sponsors and claims to be fighting, and pushing out the United States’ otherwise perpetual military occupation of the region without triggering a war with a nuclear-armed aggressor..