President Biden’s border crisis has morphed into a drug crisis as Mexican cartels have taken over parts of the southern border. These criminal gangs are pumping record amounts of fentanyl across the border and contributing to a spike in drug overdose deaths.

According to NBC News, US Border Patrol agents seized 4000% more fentanyl this year than in 2018. Biden’s relaxed immigration policies have allowed cartels and illegal aliens to overrun parts of the border. Agents have so far seized 41 pounds of fentanyl in 2021, compared with nine pounds in all of 2020, two pounds in 2019, and one pound in 2018. 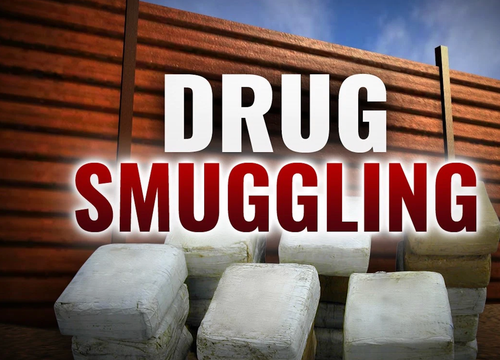 NBC’s data is primarily focused on seizures between land port of entries, such as in the open desert.

"For the first time, we’re starting to see these tactics where fentanyl is being smuggled between ports of entry," Chief Border Patrol Agent Gloria Chavez said. "Cartels are very creative. They find ways to intimidate migrants and find ways to illegally have them transport that narcotic into the United States."

Forty-one pounds doesn’t seem like a lot of drugs, but keep in mind the powerful narcotic is 80-100 times stronger than morphine, and just one kilogram, or about 2.2 pounds, can potentially kill 500,000 people. Do the math, and the seizure so far this year is strong enough to kill approximately 9.3 million Americans.

Drug Enforcement Administration agents tell NBC that fentanyl has become the drug of choice for cartels to smuggle into the US because it’s easy to transport and very profitable.

At land ports, fentanyl and meth seizures are also up 719% and 781%, respectively. Cartels are flooding the deadly drug at every possible opening on the southern border, and Biden’s broken border policies make it possible.

A shocking 90,722 overdose deaths were reported in the US through November 2020. If the trajectory continues, overdoses this year could surpass last year’s figures. The virus pandemic intensified the drug crisis (read: here & here) as millions of people lost their jobs and the economy plunged into a recession. Still, millions are without jobs and are spiraling down a deep hole of drugs and alcohol. On top of this all, Biden’s failed border policies to undo former President Trump’s strict border security had made the drug and immigration crisis many times worse.

Tragically, this dangerous situation playing out at the southern border was very predictable. Republicans may use Biden’s failed border policies against Democrats for the 2022 midterms and 2024 presidential elections.

This week, a billionaire Republican and South Dakota Gov. Kristi Noem were able to fund a future deployment of the state’s National Guard to the border as Texas Gov. Greg Abbott has frequently fought the Biden administration about their lousy job protecting Americans from cartels and illegal aliens.