New Zealand Police Back off as Freedom Convoy Protests Build

An estimated 1,500 pro-freedom demonstrators continued to rally outside the New Zealand Parliament on Friday in defiance of the police and the government. They gathered in what was described as a carnival atmosphere just 24-hours after some 120 of their number were arrested and removed.

After witnessing the shocking footage of how New Zealand’s police handled the protestors, who were initially supported by politicians and allowed onto the lawn outside the Wellington parliament, alongside the mass arrests – including a lady who was dragged naked by her hair across the lawn by the police – the freedom convoy crowd has now increased from 200 to 1,500.

Reports have emerged that protestors have repitched new tents after police initially confiscated some, as well as erecting a marquee to protect themselves from forecast rain and some have even set up portaloos, the New Zealand Herald reports. 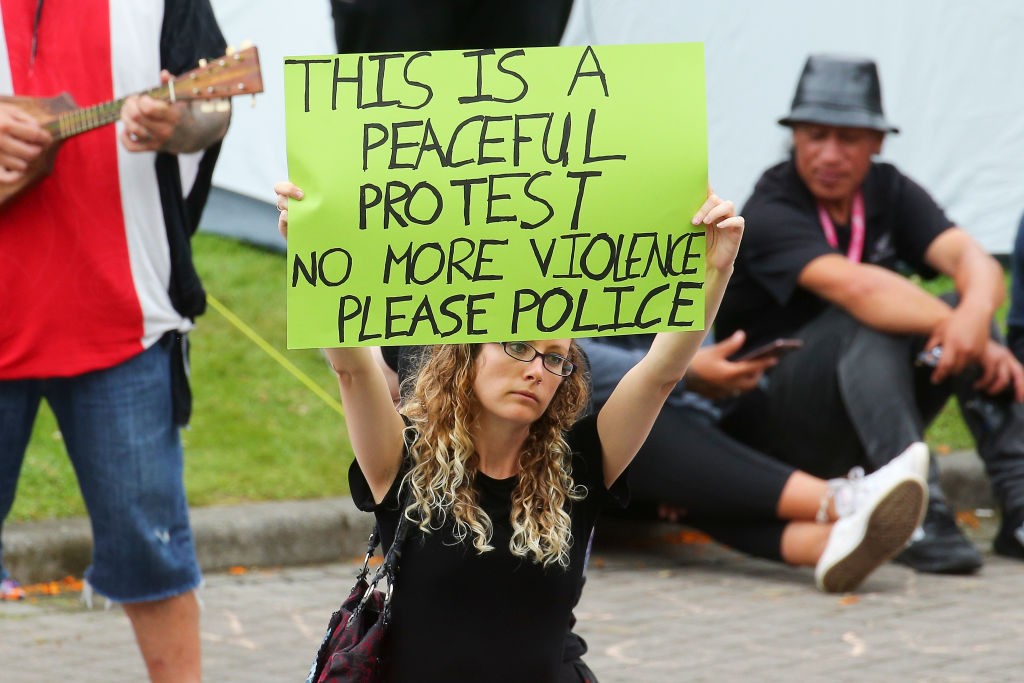 A protestor holds a sign during a demonstration at Parliament on February 11, 2022 in Wellington, New Zealand. (Hagen Hopkins/Getty Images) 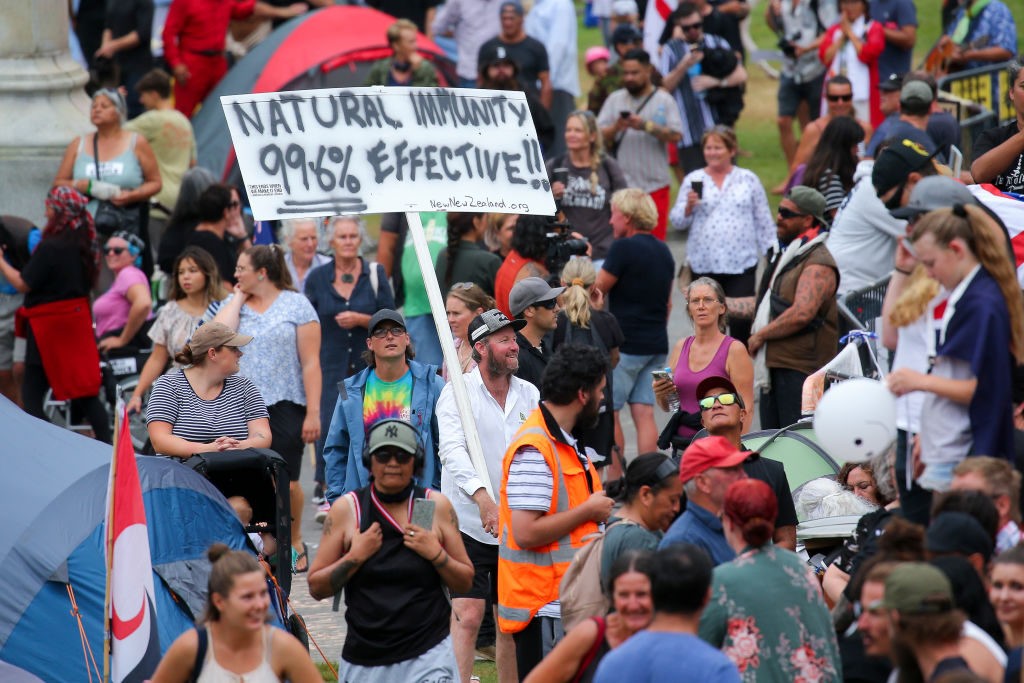 Protestors look on during a protest at Parliament on February 11, 2022 in Wellington, New Zealand. (Hagen Hopkins/Getty Images)

While a hardcore of protestors camp on the parliament’s grounds they are supported by individuals who arrive through the day who either camp nearby, sleep in their cars or are local or new support.

Former Deputy Prime Minister Winston Peters is among those who have lambasted the NZ’s government’s heavy handed approach tweeting out:

“If you occupy private land like Ihumatao you can stay as long as you want & the govt embraces you. If you occupy public land the govt will trespass you the same day & label you a minority”.