The best thing about the Freedom Convoy is that it forced the monster to come out into plain sight. 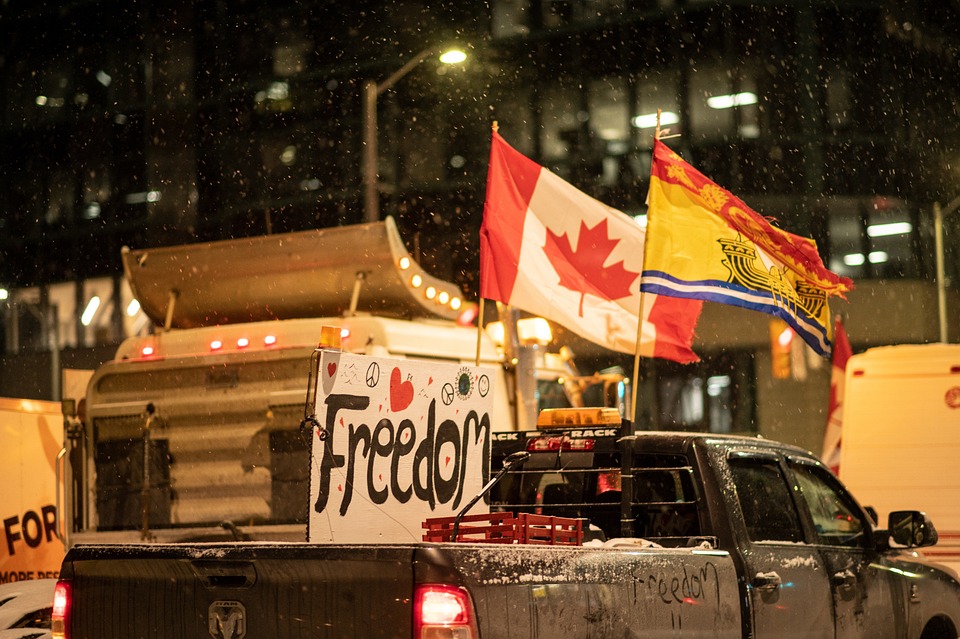 The agenda was strategic (give credit where credit is due). In fact, it was so well implanted, that most people were literally willing to give up all their freedoms as they desperately wanted to appear virtuous by "following orders and saving lives".

With protesters refusing to let go, their strategy only allowed for them to double down. This in turn, forced the monster to come out much earlier than they planned. The monster was not ready and did not have the necessary time to hide its true nature.

The emergency act, the presence of the UN on Canadian soil, the freezing of funds, the violence directed towards those calling for freedom; all of these things loudly roar out to the world that Canada is not a democracy. It is a communist country run by a foreign dictator.

Anyone who has been paying attention over the last few years clearly already understood this.

Now its time for the majority (those who watch the msm and actually thought they were being good people by staying in their homes and injecting themselves with big pharma’s experimental syringes) to see the truth.

Fuck the whole "saving lives". The monster is in plain sight. Only ego and pride can blind one from seeing it now.