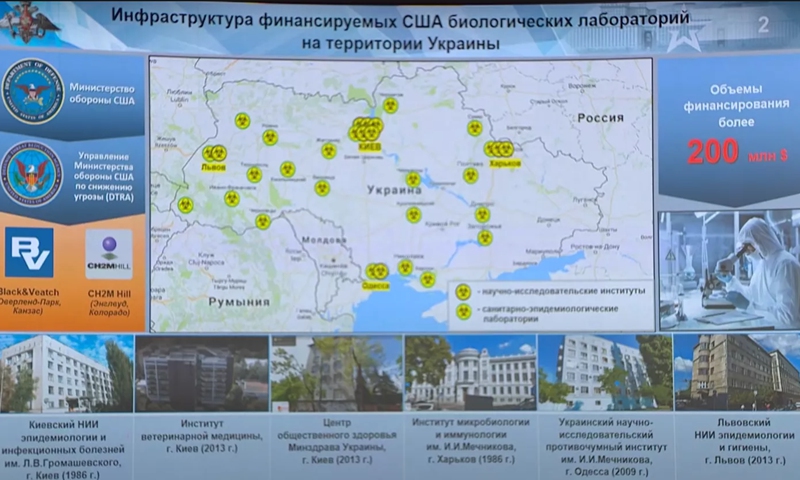 
The Russian Defense Ministry released on March 24 the latest results on the analysis of information about the 30 Pentagon-funded Ukrainian biolabs engaged in dangerous and illegal research on deadly pathogens.

US officials and Western media at first denied that such labs existed, but a senior administration official has subsequently confirmed their presence, according to Sputnik.

An investment firm connected to US President Joe Biden's son, Hunter Biden, has been involved in the financing of the Pentagon's military biological program in Ukraine, Igor Kirillov, the head of Russia's Radiation, Chemical and Biological Defense Forces, mentioned during a briefing on Thursday.

"Incoming material allowed us to trace the interaction scheme between US government agencies and the Ukrainian biolab," Kirillov said, adding that the involvement in financing these activities by structures close to current US leadership, in particular Hunter Biden's Rosemont Seneca investment fund, draws attention to itself.

According to information from the Russian Ministry of Defense, the fund has at least $2.4 billion in investment capital.

At the same time, a close relationship has been established between the fund and key contractors of the US military, including Metabiota, which alongside Black & Veatch, is one of the main suppliers of equipment for Pentagon biolaboratories around the world, Kirillov added.

The Los Alamos National Laboratory, birthplace of the US atomic bomb, has serve as one of the chief curators of the US military biological program in Ukraine, Kirillov said.

Along with the Pentagon, the US Agency for International Development (USAID), the Soros' Open Society Foundations and the Center for Disease Control and Prevention are directly involved in its implementation, Kirillov said.

"Scientific supervision is carried out by leading research organizations, including the Los Alamos National Laboratory, which developed nuclear weapons for the Manhattan Project. All of this activity has been carried out under the direct control of the Pentagon," Kirillov added.