What Is DARPA Planning With The WEF? 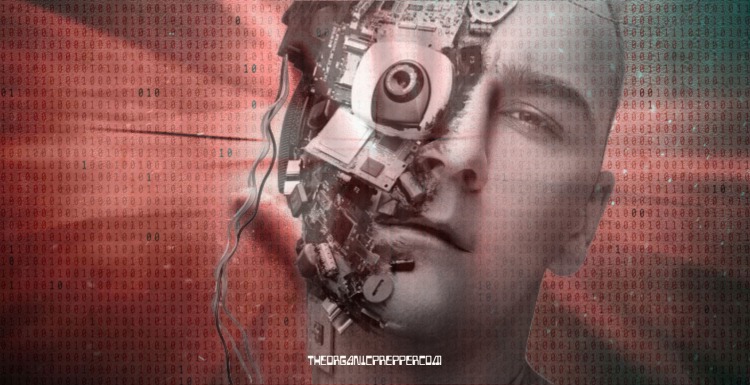 By 2016, the BRAIN Initiative was supported by multiple federal agencies and dozens of partners in the academic and private sectors. Some of the research sounds fascinating. They have been investigating ways to deliver naturalistic sensations to amputees, as well as restoring brain function in people that have suffered severe brain trauma. I can see this being a godsend to people with severe injuries or amputations.

Some of the other stated applications I’m not so sure about.

I look at the proposed treatment for mental illness, and I can’t help but be reminded of the thousands of lobotomies performed on World War II veterans back in the 1940s and 50s. We’ve tried manipulating brain tissue before to deal with individuals suffering from PTSD. It didn’t always go well.

This research, begun under Obama’s BRAIN Initiative almost ten years ago, has translated into some real-world success stories. Some people have indeed experienced real relief from the symptoms of severe depression with targeted brain stimulation.

I am genuinely happy some individuals have found relief from depression, but the jump to expensive technological solutions in treating mental illness, particularly in combat veterans, will always rub me the wrong way.

Not enough emphasis has been placed on low-tech solutions.

With the new technologies being introduced in the name of treating combat veterans, I feel as though it’s a way for the people who live behind desks, far away from physical danger, to absolve themselves of responsibility for getting us into wars to begin with.

It’s the mentality of a child that breaks a toy in a fit of rage, then fixes it and acts like nothing ever happened. Getting better at fixing things doesn’t absolve the guilty party of initial wrongs committed.

Avoiding war should be the first priority.

Members of Congress should not be allowed to own shares in defense contracting companies because, as two-time Medal of Honor recipient Maj. General Smedley Butler so famously said, “War is a racket.”

There will be combat veterans who, yes, absolutely need medical interventions. I’m glad we have the treatments that we do. But many veterans also suffer from milder depression and anxiety. They would probably simply benefit from clear-cut missions that give them a sense of pride in their accomplishments and provide meaningful context to their experiences overseas.

Refusing to engage in conflicts overseas without a mostly-supportive general public would also help.

One of the reasons I got so depressed after my brother got killed in Afghanistan was that, as soon as I’d say something about losing my brother, the average American suburban mom would come up with a reason why it was actually my family’s own fault for being so violent. Many members of the military and their families encounter this, and yes, it will make you depressed.

But we don’t need drugs or experimental therapies to fix that problem. That problem gets solved when individuals choose not to be insensitive. It is normal to experience sad feelings when sad things happen. We’re pathologizing everything that makes us uncomfortable or inconvenienced.

More than a decade after the fact, I have made my peace with the universe as far as my brother is concerned. I will always miss him, but the loss no longer dominates my waking thoughts. I had to make some major life changes. My marriage ended, I moved, and I left the church in which I grew up…but I made a lot of new friends, I found a new support network, and I have peace of mind.

I didn’t need drugs or experimental therapies. I needed love, support, and patience.

But no one gets rich off providing those things! No one’s stock in defense companies goes up when we’re all loving and supportive of one another. And it’s hard. Most people would rather put their money into expensive high-tech solutions than put emotional energy into low-tech ones.

Depression debilitates many people every year. Having another way to treat sufferers benefits us all.

DARPA claims that they conduct research with only the health and well-being of the public, but especially wounded soldiers, in mind. Though, as someone who spent about five years accused of mental illness, I have to ask: who gets to decide when someone’s brain is dysfunctional?

And with every new technology comes new risks.

What are the risks here of the DARPA BRAIN Initiative?

Regardless of my own feelings about it, the technology toward brain-digital interfacing has progressed a long way. And we have the same argument that comes along with every burst of new technology.

Do the risks outweigh the gains?

Most of the time, we say no.

But let’s think about the internet.

The internet created a revolution in communications, the like of which we have not seen since the invention of the printing press. And are we not subjected to more propaganda than ever? Does it not take more and more effort to sift the truth from the half-truths and the outright lies?

This is widely recognized, though I think we’re heading in the wrong direction. Look at Biden’s newest creation, the Disinformation Governance Board. Ostensibly created to crack down on Russian misinformation and smuggling on the U.S.-Mexico border, the DGB will ultimately stifle dissent. Many people in alternative media are worried about the implications of this. If you’re more concerned about the truth than about the current official narrative, you should be too. (Want uninterrupted, uncensored access to The Organic Prepper? Check out our paid-subscription newsletter.)

For now, as pervasive as the internet is, one can still turn it off. I can still shut my laptop and go talk to my kids or work in my garden as the need arises. As humans’ ability to manipulate brain waves via electronic stimulation progresses, it will be more and more difficult to “get away.”

Twenty years later, he was never “off.”

The email notifications never ended. In the digital age, many people are never really off work. Opening up entirely new channels of communication is simply another step along that path of constant interconnection. Are we really ready for it?

(Want to learn how to starve the beast? Check out our free QUICKSTART Guide.)

And it would be naïve in the extreme to think that none of this research by DARPA could be used for nefarious purposes.

DARPA only discusses the peaceful, medical aspects of their neuroscientific research. But a funny thing turned up in a FOIA request back in 2018.

A journalist for Muckrock magazine sent in a FOIA request regarding Antifa/BLM activity. Along with the information he requested, another file was accidentally slipped in with everything else.

The Muckrock journalist was shocked by his accidental find, to say the least, and they published this back in 2018.   It’s unclear how much progress has been made in weaponizing the human-digital interface, but people are thinking about it, and it looks like they have been for a long time.

Now, DARPA may be full of the most selfless public servants dedicated to nothing but the safety and well-being of the American people. But a funny thing about technology is that it has a way of escaping, and there are plenty of groups out there who emphatically do not have the well-being of the American people in mind. I can imagine they are pretty interested in brain mapping and manipulation too. (Learn more about the move toward transhumanism here.)

One man in particular who regularly speaks of humans as machines to be “hacked” is Dr. Yuval Harari.

He took part in a roundtable discussion on Hacking Humans hosted by the Ecole Polytechnique Federale de Lausanne (EPFL).

The thought of this man, or anyone with his mindset, having control over other humans is disturbing in the extreme. Dr. Harari believes in the inherent superiority of algorithms. He insists humans kill everything around them and that the majority are only capable of thinking in the short term.

To have any life left at all, we must rely on algorithms to make decisions for us. Dr. Harari says that humans have never been as free as we thought and that the concept of freedom is mostly just a collection of bio-cultural factors. He goes on to say that people with a firm sense of their own free will are dangerous but easy to manipulate.

Dr. Harari’s contempt for human individuals and their respective cultures has no limits. In his 2017 article written for The Guardian, he discusses the future of the “useless class,” the large amounts of people that will soon be unemployable due to the inherent superiority of robots.

Dr. Harari works with the World Economic Forum and so, unfortunately, does DARPA.

While DARPA claims to work primarily with the interests of the United States at heart, what happens to their $3.8 billion per year budget tells another story. You can go down a real rabbit hole trying to find every last detail about where their money goes, but for the purposes of this article, it should suffice to say that they direct a great deal of money to the same bioengineering firms as the WEF. If DARPA knows how to do something, it’s safe to assume that the control fiends at the WEF will soon know it, too.

You could also go down a philosophical rabbit hole here. The story of men creating something and then worshiping it goes back to the Old Testament. Men used to worship statues of Dagon and Moloch. Today, instead of statuary, we have all-knowing algorithms. That impulse to worship the works of our hands remains. Human nature never changes.

And the tendency for power to corrupt never changes. We are gradually gaining the power to manipulate brain function. Do we believe that this kind of power will never be corrupted?  Let us know what you think in the comments.

A lover of novels and cultivator of superb apple pie recipes, Marie spends her free time writing about the world around her.

How to Support The Organic Prepper We