The Pentagon is collaborating with Elon Musk’s company SpaceX to investigate the possibility of using the company’s rockets to drop troops and equipment into global flashpoints. 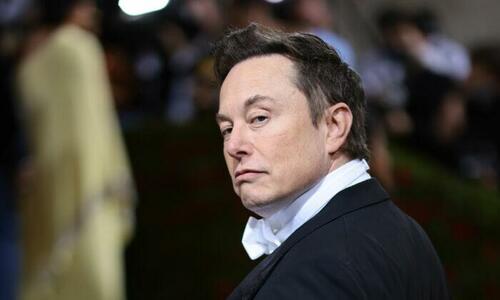 The military’s work with the private space company covers a wide array of research initiatives, according to a partially redacted research agreement, originally obtained by The Intercept via a Freedom of Information Act request and made public on June 19.

USTRANSCOM is one of the military’s unified combatant commands. It provides for the military’s transportation needs, and heavily relies on commercial infrastructure and technologies to carry out its mission of projecting and sustaining military power.

There is a growing trend among military projects to tap commercial-first space technologies in order to convert them to military use at a much smaller cost than if the military were to research and develop its own technologies from the ground up.

Among the hoped-for outcomes of the research agreement is a rocket-based “quick reaction force,” which would place troops or equipment anywhere in the world on short notice by leveraging SpaceX’s Starship, a fully reusable, super heavy-lift launch vehicle that is currently in development.

The DoD believes that Starship’s fully integrated and reusable launch and landing system could feasibly be ready between 2025 and 2030, and it has some very specific scenarios in mind for using the technology.

“A rapid theater direct delivery capability from the U.S. to an African bare base would prove extremely important in supporting the Department of State’s mission in Africa,” the agreement said.

“The ability to demonstrate PTP [Point-to-Point] space transportation could deter non-state actors from aggressive acts toward the United States.”

The less-than-subtle idea that the U.S. military could launch troops to Africa aboard a rocket was picked up on by The Intercept, which referred to the idea as a point-blank effort to stymie “a future Benghazi-style attack” by using militarized Starships to reinforce besieged complexes.

Despite the science-fiction overtones of the proposed project, rocket-based troops have long been in the sights of the DoD.

Way back in 1964, the proposed “Ithacus” project (pdf) presented “a concept for a rocket-powered troop transport which may potentially evolve from the reusable booster of tomorrow.”

That project sought to visualize a future in which rocket technologies were co-opted by the military to be used as battalion-sized troop transports which could rapidly respond to crises anywhere in the world within an hour.

Fast forward 60 years later, and military leadership believes that that vision is coming to fruition with the prospect of applying SpaceX technologies to the problems of modern warfare.

“For the past 75 years or so, we have been constrained to around 40,000 feet altitude and 600 miles per hour in our very fastest method of logistics delivery—airlift,” said then-USTRANSCOM deputy commander, Dee Mewbourne in 2020.

“Now, what are the possibilities for logistical fulfillment at about 10 times those figures, when the need for support on the other side of the world is urgent? It’s time to learn how our current strategies to project and sustain forces can evolve with a new mode of transportation.”

Still, it is unlikely that space-based marines and rocketmen will be arriving on the battlefield any time soon, given the various technical and legal conundrums of crossing space and airspace with armed troops.

Nevertheless, the agreement noted two other key scenarios that would benefit from the technology.

The first is providing for critically vulnerable bases which are within missile range of hostile forces.

The second is providing logistical support to establish deployable airbase systems on the fly, which would help U.S. forces in conflict zones to stand up wholly operational forward bases to provide force projection in regions without a permanent presence.

Notably, each of the scenarios would meaningfully augment the United States’ ability to conduct amphibious and island-hopping warfare in a potential conflict with communist China.